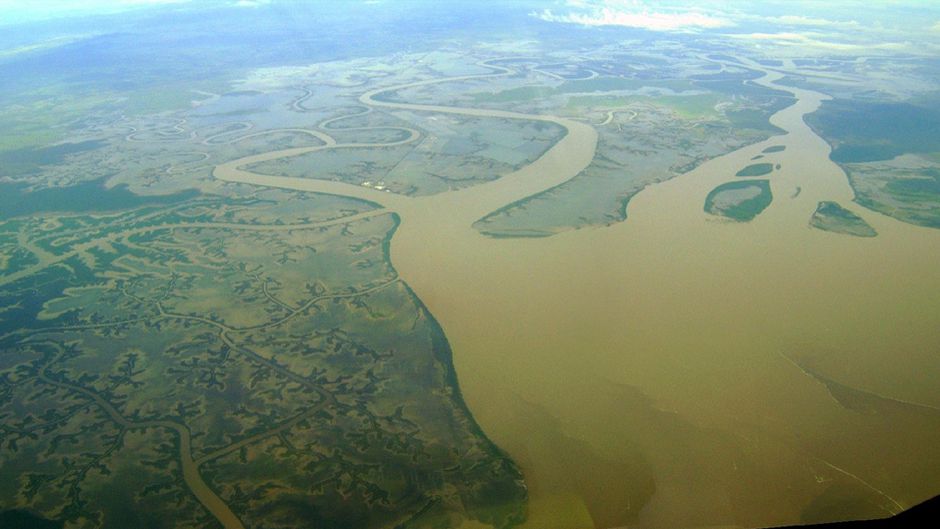 The great drylands of the planet — and they cover almost half of the terrestrial surface — may be bigger players in the carbon cycle than anyone had suspected. The world’s semi-arid regions may absorb huge volumes of carbon dioxide from the atmosphere whenever it rains enough.

Benjamin Poulter of Montana State University and colleagues report in Nature that they used a mix of computer-driven accounting methods to work out where the carbon goes after fossil fuel burning emits extra carbon dioxide into the atmosphere. Decades of meticulous measurement confirm that, overall, carbon dioxide levels are increasing inexorably, and the world is warming accordingly.

But inside this big picture is a lot of seasonal and inter-annual variation. So climate scientists, when they try to work out what all this means for future climates, need to understand the carbon cycle better.

The assumption has always been that the most important terrestrial consumers of carbon dioxide were the tropical rainforests. But the match of terrestrial biogeochemical and atmospheric carbon dioxide and global carbon budget accounting models by 13 scientists from the United States, Europe and Australia has revealed a different story.

In 2011 more than half of the terrestrial world’s carbon uptake was in the southern hemisphere — which is unexpected because most of the planet’s land surface is in the northern hemisphere — and 60 percent of this was in Australia.

That is, after a procession of unusually rainy years, and catastrophic flooding, the vegetation burst forth and the normally empty arid centre of Australia bloomed. Vegetation cover expanded by 6 percent.

There remains a great deal of uncertainty about the carbon cycle and how the soils and the trees manage the extra carbon. Nobody knows what will happen to this extra carbon now in the hot dry landscapes of Australia: will it be tucked away in the soil? Will it be returned to the atmosphere by subsequent bushfires? As scientists are fond of saying, more research is necessary.

But this is an example of negative feedback: as carbon dioxide levels and temperatures rise, the green things respond, and slow the acceleration of both. This is quite different from the positive feedback that follows when Arctic ice — which reflects sunlight — melts and gives way to blue water which absorbs solar energy, thus accelerating the melting.

But even the slow disaster of the polar regions could be accompanied by an ameliorating process. British researchers report in Nature Communications that the ice sheet meltwaters may be rich in iron. A boost of iron would stimulate phytoplankton growth, which means more carbon dioxide could accordingly be absorbed from the atmosphere.

The scientists collected meltwater from a Greenland glacier in the summer of 2012, and then tested it to discover significant quantities of what geochemists call “bio-available” iron.

So, in another example of those cycles of the elements that make the world go round, ice that scrapes over rock also delivers vital nutrients to the sea, for marine plants to take up yet more carbon dioxide and flourish more vigorously in the oceans and keep the planet a little cooler.

The Greenland research gives scientists a chance to estimate more accurately the delivery of this dietary supplement to the oceans: they reckon somewhere between 400,000 and 2.5 million tonnes a year in Greenland and somewhere between 60,000 and 100,000 tonnes in Antarctica. Or, to put it more graphically, it would be like dropping 3,000 fully-laden Boeing 747s into the ocean each year.

“The Greenland and Antarctic ice sheets cover around 10 percent of the global land surface,” said Jon Hawkings of the University of Bristol, UK. “Our finding that there is also significant iron discharged in runoff from large ice sheet catchments is new. This means that relatively high concentrations are released from the ice sheet all summer, providing a continuous source of iron to the coastal ocean.”