How Technology Can Improve Life for 1 Billion Persons with Disabilities 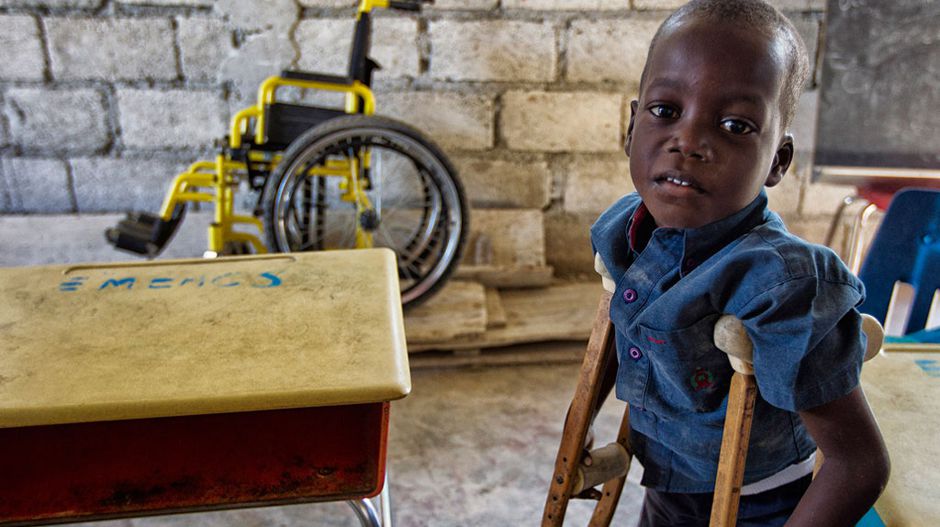 More than one billion people — or approximately 15 percent of the world’s population — live with some form of disability and have generally poorer health, lower education achievements, fewer economic opportunities and higher rates of poverty than people without disabilities, the United Nations highlighted today on its International Day of Persons with Disabilities.

Observing the Day, marked annually on 3 December, UN Secretary-General Ban Ki-moon said that persons with disabilities face limitations and hardships largely due to the lack of services available to them.

“Through adaptive, assistive and inclusive technology, persons with disabilities can make the most of their potential in their communities and in the workplace,” said Mr. Ban.

The UN Chief also emphasized how employers can harness technology to create environments for persons with disabilities to find productive work and fully use their skills and capacities.

“Technology can also help persons with disabilities caught up in natural disasters by making sure that critical information reaches them,” Mr. Ban added.

This year’s International Day, on the theme Sustainable Development: The Promise of Technology will look at this issue in the context of the post-2015 development agenda.

“Let us spare no effort to ensure that policies, programmes, guidelines and 21st century technologies are accessible to persons with disabilities, and sensitive to their perspectives and experiences,” Mr. Ban said.

The UN defines disability as a condition or function judged to be significantly impaired relative to the usual standard of an individual of their group. The term is often used to refer to individual functioning, including physical impairment, sensory impairment, cognitive impairment, intellectual impairment, mental illness, and various types of chronic disease.

People with disabilities are also at higher risk of violence include stigma, discrimination, and ignorance about disability, as well as a lack of social support for those who care for them.

Let us spare no effort to ensure that policies, programmes, guidelines and 21st century technologies are accessible to persons with disabilities.

Evidence shows that when barriers to their inclusion are removed and persons with disabilities are empowered to participate fully in societal life, their entire community benefits.

Barriers faced by persons with disabilities are, therefore, a detriment to society as a whole, and accessibility is necessary to achieve progress and development for all.

The United Nations Convention on the Rights of Persons with Disabilities (CRPD) — signed by 159 Member States and adopted by the General Assembly in 2006 — recognizes that the existence of barriers constitutes a central component of disability.

Under the Convention, disability is an evolving concept that “results from the interaction between persons with impairments and attitudinal and environmental barriers that hinder their full and effective participation in society on an equal basis with others.”

At UN Headquarters, the Day will be marked with several panel discussions on disability-inclusive sustainable development goals, inclusive disaster risk reduction and emergency response, and enabling work environments as well as film screenings and a musical performance.

Organized by the Department of Economic and Social Affairs (UN-DESA), the events will be attended by representatives from Member States, civil society, as well as the private sector.

The International Day of Persons with Disabilities was established following an adoption of a General Assembly resolution in October 1992, to promote awareness and mobilize support for critical issues pertaining to the inclusion of persons with disabilities in society and development.