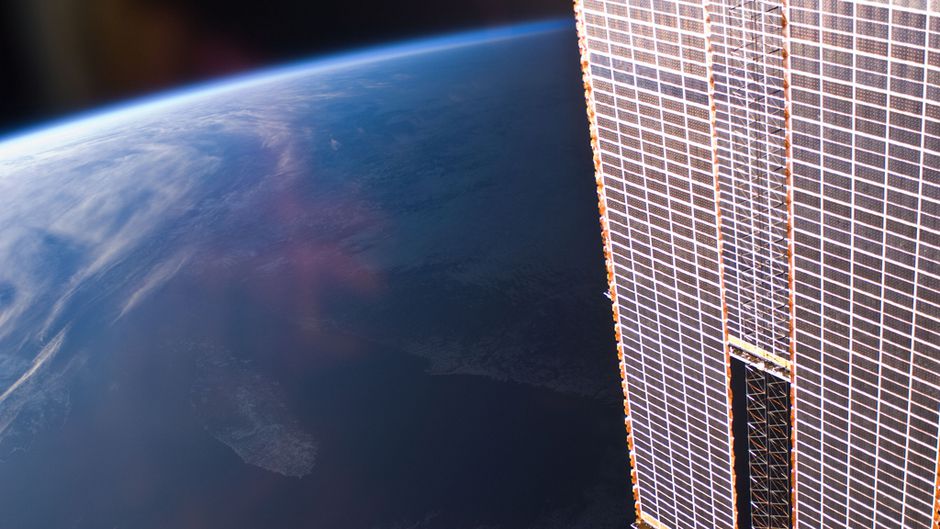 Many ancient cultures revered it and humans today remain aware that the sun’s power is quite awesome. Though we all learn at a young age to never look directly into it, many grow up without fully understanding how solar energy is created. This primer aims to shed some light on the topic at a time when this renewable energy source is a growing industry and a key part of climate change mitigation strategizing.

The words ‘photo’ and ‘voltaic’ literally translate to ‘light’ and ‘current’ respectively. Sunlight is made of little packets of energy called ‘photons’ and the photovoltaic (PV) cells of a solar panel are made of semiconductor materials. When those photons strike a typical photovoltaic cell, the energy from the light is absorbed by the semiconductor material and this releases electrons in the process. It is this flow of electrons that creates electric current.

The energy that could be derived in this way is truly impressive. Approximately 120,000 terawatts (TW or trillion Watts) of sunlight strike the earth’s surface, and the world’s annual electricity demand in 2008 was 17,500 TWh (terawatt-hours) according to the US Energy Information Administration.

If interpreted without caution there is a tendency to conclude that significantly more energy is available to the Earth’s surface in one year than the global electricity demand over an entire year. However not all of the solar energy available can be collected for electricity generation purposes. Still, it is recognized that, on a global scale, significant potential remains untapped.

It is technically feasible to generate one-sixth, or even one-fifth of demand in our electricity grids with solar panels, and that potential needs to be tapped into in the immediate future.

The amount of sunlight (solar radiation) available in a location is typically measured in units of energy available per area of a PV panel per day (e.g., kilowatt hours/m2/day). When compared to other countries in the world, Australia has a very high level of solar resource available throughout the year.

The solar radiation available in certain parts of western and central Australia is as high as 6 kWh/m2/day. In general, a high amount of solar resource is available in the western United States (Southern California and Arizona) and southern parts of Spain (Valencia) as well.  (The US National Renewable Energy Laboratory’s PV-WATTS tool can be used to calculate the PV output and economic benefits based on the solar radiation available in different countries around the world.)

Many different types of photovoltaic technologies exist at present. When classified broadly, crystalline, amorphous, organic and nano type photovoltaics represent the major technologies currently being manufactured. The efficiency of a solar panel indicates the fraction of sunlight that a panel can convert into electricity, and in general it varies anywhere between 7% and 30%, depending on the type of technology used. An efficiency of 10% means that one-tenth of the incoming sunlight is converted into direct electric current by the PV panel. An inverter needs to be used to convert the direct current to an alternating current, as home appliances conventionally use alternating current. The inverter is an additional piece of equipment that is purchased along with PV panels.

The typical lifetime of PV panels is between 20 and 25 years. It is technically feasible to generate one-sixth, or even one-fifth of demand to our electricity grids with solar panels, and that potential needs to be tapped into in the immediate future.

It is very hard to power an entire country utilizing renewable resources. Iceland is indeed an exception, 70% of the nation’s electricity is derived from hydro-power with the remaining supplied by geothermal sources. (The fundamental operation of other renewable resources such as hydro-power, geothermal and ocean energy has been previously discussed here on Our World 2.0.)

It is in fact even difficult to power an entire electricity grid with solar power due to the economic and technology constraints that exist for unlimited photovoltaic electricity generation. It is expensive to purchase PV panels. Currently, the cost of residential solar electricity is approximately 31 US cents/kWh, which is more than twice the average grid electricity retail price.

Further, the amount of sunlight available each day governs the electricity generation output. The resources in a typical electricity grid can be categorized into base, intermediate and peak load power plants. Base load plants need to be in operation almost throughout the year. Coal and nuclear plants typically serve at base loads, generating low cost electricity for extended periods of time. The intermittent nature of PV electricity makes it technically very tough to use PV as a base load technology without significant storage device capacity (and storage devices are expensive).

However, it is scientifically reasonable to consider PV technology as a peak load (and at large capacity installations — an intermediate load) resource to satisfy demands at the margin (at times of high demands during a day), rather than at base loads.

Except for maintenance, PV operates emission-free for twenty years. There are pollutants released during PV panel production, but they have been managed very effectively until now. Toxic gases (e.g., silane) are involved during PV manufacturing, and the PV cell in itself is manufactured using hazardous metals (e.g., arsenic, cadmium, selenium). But, by far the hazardous materials used during PV manufacturing have been managed very effectively and, on average, pose no higher risks than the risks exerted by the semi-conductor industry.

Many reputed studies have reported that the quantity of metals used in PV cells do not pose an environmental risk at the end of a PV panel’s lifecycle. Cadmium telluride (used in the cadmium telluride PV panel) raised concerns regarding employing a heavy metal in a PV module. The risks of cadmium being released into the air during accidental residential fires and released into water streams at the end of a panel’s lifecycle (through landfill leaching) were studied.

Since cadmium is enclosed within a double glass wall structure, it is very unlikely that it would be released into the air during an accidental fire. The technology also passed what the US Environmental Protection Agency calls the ‘toxicity characteristic leaching procedure’ that tests the risk of a metal leaching from landfills into water tables upon disposal. The National Renewable Energy Laboratory also concluded  that the risk of leaching upon disposal in landfill is very low.

What is also very important to realise is that coal and oil power plants actually spew 12 to 150 times the cadmium emissions during electricity generation, when compared to cadmium telluride PV technology.

The ultimate question is, therefore, whether or not the current generation is willing to put forward the investment to implement climate change strategies that will benefit future generations.

However, currently electricity tariffs in most countries do not include the cost of negative carbon and pollutant externalities. With no value placed on the green (e.g., low carbon) attributes of photovoltaic electricity, the playing field for fossil and renewable technologies is not level. The true cost of electricity includes the costs of generation distribution and negative externality from air emissions: it has been reported before that the true cost of coal electricity is approximately 58¢/kWh (based on US conditions), which in fact is higher than the cost of PV power generation.

To exacerbate the situation, coal generators themselves are heavily subsidized in certain countries, which creates even more of an economic gap between fossil and renewable technologies.

Impact on our lives

Undoubtedly solar electricity changes our lifestyle by providing cleaner energy for both our generation and for the future. But developing such a solution to solve an inter-generational global issue such as climate change is innately complex because of the trade-offs involved. Paying more for our electricity will leave a lower disposable income for other purchases. At the same time, actions such as utilizing smart grids and installing smart meters in our own homes represent positive changes in lifestyle choices. Cleaner energy sources can lead to both lower environmental and human health impacts and more awareness about the environment in general.

Investing in solar power, and renewable technologies in general, is one of the most important solutions to address the climate change problem in the long term. Politicians, policy-makers and citizens of today have to come to terms with the fact that the benefits of generating cleaner electricity now may only be realised well into the future.

The ultimate question is, therefore, whether or not the current generation is willing to put forward the investment to implement climate change strategies that will benefit future generations. The more we invest in this challenge now, the easier it will be to implement environmentally cleaner solutions such as PV in the long term.

As one indigenous saying goes: “We do not inherit the Earth from our Ancestors, we borrow it from our Children”.

Bart is a researcher in life cycle assessment at the Royal Melbourne Institute of Technology’s (RMIT) Centre for Design. He has a Bachelor in Mechanical Engineering and a Master’s degree in Sustainable Energy Technology. His graduation thesis was on the geographical allocation of emissions in life cycle assessment. He is interested in the behaviour of complex technological systems and their interaction with the environment – including sustainable energy systems and more methodological issues for life cycle assessment in general. He is working on projects for plastics manufacturing and recycling and wood products for a range of industry clients.

Deepak is a research scientist at the Centre for Design at the Royal Melbourne Institute of Technology (RMIT) University. He is a member of the Life Cycle Assessment Team in the Centre where he works on renewable energy systems, energy and buildings, and electricity markets. He obtained a Masters in Environmental Engineering from University of Florida, USA (2004). He also obtained a Masters in Applied Economics and a PhD in Renewable Energy and Policy from the University of Michigan, USA (2009). He is very interested in interdisciplinary research and works at the interface of disciplines such as energy and electricity, economics, engineering and environmental science. He has published his work in peer reviewed international journals such as Journal of Industrial Ecology (JIE), Energy Policy and Environmental Engineering Science.

Solar: A Climate And Energy Novel