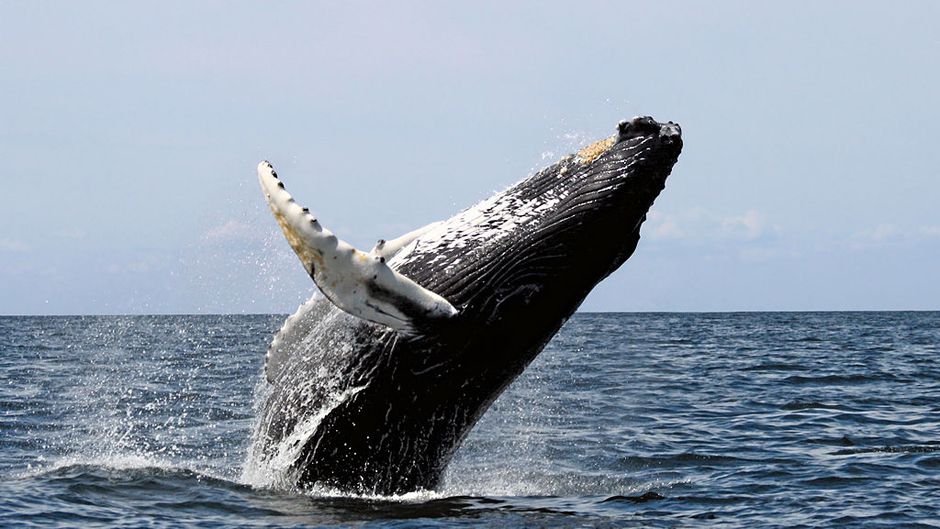 Humpback whale populations have rebounded to up to 90% of pre-whaling numbers in Australian waters, and should no longer be officially considered a threatened species, new research has found.

The review of scientific research found humpback numbers off the west coast of Australia had increased at a rate of about 9% a year since 2012, and by about 10% a year on the east coast. The increase is among the highest documented in the world, the paper said, and shows no indication of diminishing.

“The west coast population has recovered to approximately 90% of their known pre-whaling numbers,” said corresponding author on the paper, Professor Lars Bejder from Murdoch University.

“Similarly the east coast population recovered to 63% of its known pre-whaling population.”

“Our point here was [that] we are really keen to bring out a successful story,” Bejder told Guardian Australia.

“It’s usually all doom and gloom in marine conservation. And it’s very depressing and demoralising for managers, politicians, NGOs and the general public, so what we wanted to do here was say there are rare occasions where it works, so don’t give up.”

Many decades of legal and illegal whaling, beginning in the 19th century, and increasing as whaling technology modernised, saw populations severely diminished among what are now recognised as seven major breeding populations in the southern hemisphere. 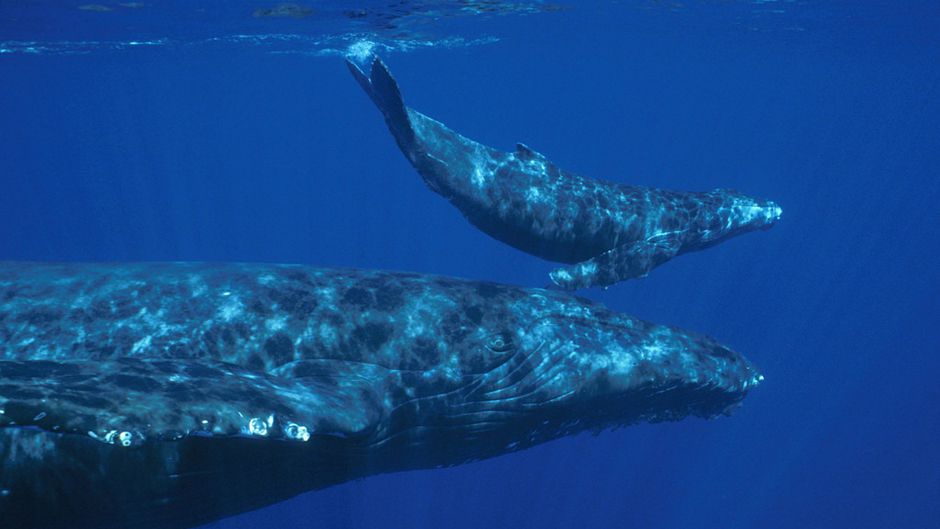 In one example given, the paper detailed one Australian breeding stock group which was estimated to have been reduced to about 500 whales. Since 1986 continual yearly increases have brought it up to an estimated 14,552.

The review, conducted by an international team of collaborators and published in the Marine Policy journal, examined the case for downgrading the species’ conservation status due to observed population rebound.

It found the Australian humpback whales to be “an exemplary model of recovery, especially within a marine environment experiencing rapid and concurrent expansion in industrial and exploration activities”.

Because of this dramatic recovery the humpback whale no longer requires protection under the Environment Protection and Biodiversity Conservation Act 1999 (EPBC Act), as the risk of extinction was extremely unlikely.

“If humpback whales were removed from the Australian threatened species list, the EPBC Act would still protect them from significant impacts as a matter of national environmental significance, as these whales are a migratory species,” Bejder said in a statement. 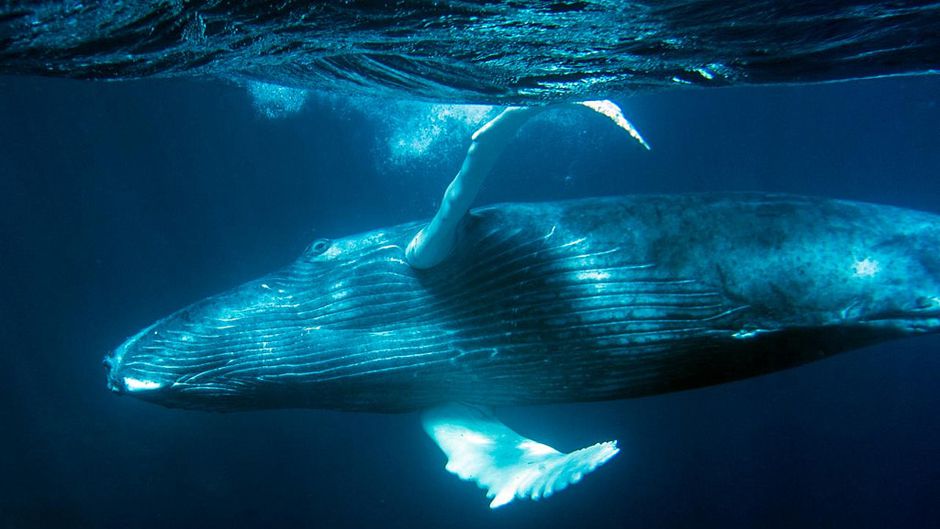 “Beyond Australia, the International Whaling Committee manages the global moratorium on commercial whaling, which is essential for the humpback whales’ continued success.”

By removing humpback whales from the act, conservation funding could be reprioritised, she said.

The paper gives one example of one group of Australian humpbacks that was estimated to have been reduced to about 500 whales. Since 1986 continual yearly increases have brought it up to an estimated 14,552.

While the recovery demonstrates the success of conservation science and management in restoring the “severely overexploited” species, “this success rests ultimately upon the ongoing moratorium on commercial whaling and the limited expansion of special permit whaling”.

The paper also warned that increased numbers would mean increased interaction with humans and maritime traffic, such as vessel collisions and entanglement with fishing gear. Habitat destruction and “cumulative interactions” with the whale-watching industry were also risks that would grow with the numbers.

Ronny Ling, president of the Organisation for the Rescue and Research of Cetaceans in Australia, said he would “probably debate” that the increase is as large as the paper suggested and called for the species to remain on the conservation list. 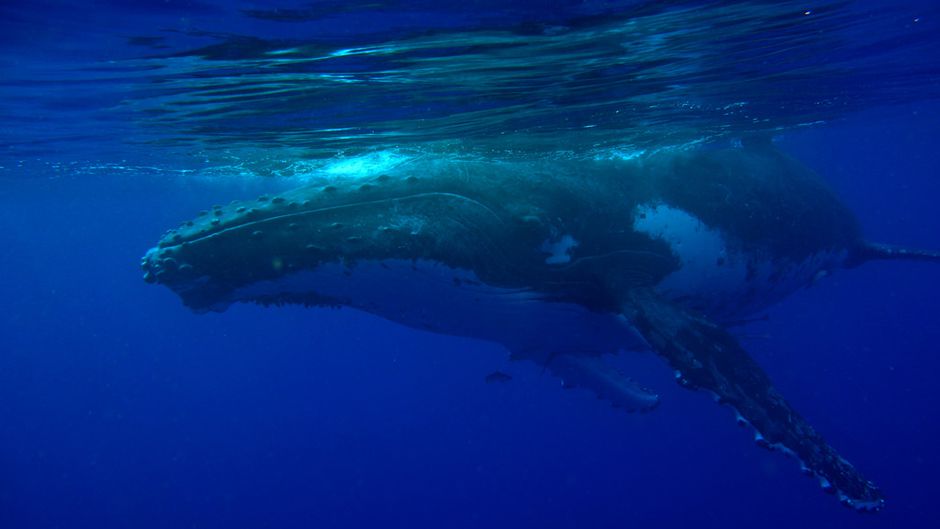 Ling said there was not enough known about the southern hemisphere waters and what peaks and troughs exist in populations.

“Once the population stabilises then we’ll get more an in idea of what’s actually happening to them,” he said. “We see it with kangaroos and other terrestrial species — they have booms and busts in their cycles.”

Ling said he was also concerned that delisting the animal could open up potential loopholes in legislation, allowing actions which could threaten the species.

The humpback whale has been downlisted as a “threatened” species in conservation listings in other regions. Last year the Canadian government reclassified the north Pacific population to “species of special concern”.

In 2010 a global review by the US National Marine Fisheries Service identified distinct population segments of humpback whales and determined nine — including the east and west coasts of Australia — were not at risk of extinction.

Helen Davidson is a reporter for Guardian Australia, based in Darwin. Helen worked as an online journalist for SBS World News Australia and was a news and interactive journalist for news.com.au, where she liveblogged major news events.

Super-adaptable Jellyfish Are the Real Rulers of the Oceans