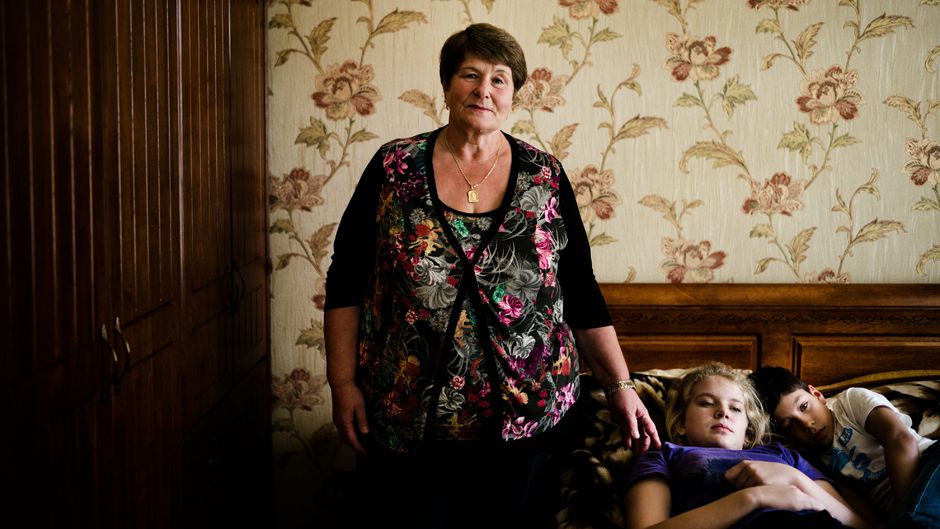 This month the United Nations High Commissioner for Refugees, with endorsement from high-profile supporters, launched a global campaign aimed at ending the devastating legal limbo of statelessness. Sixty years ago, the world agreed to protect stateless people, but UNHCR’s new campaign revolves around the idea that it is now time to end statelessness itself. Here is a revealing photo essay that the agency put together to raise awareness about what it is like to be stateless and to build support for a 10-year action plan that states can use to resolve existing situations and prevent the emergence of new cases of statelessness. Part of the campaign is a drive called #IBelong that includes an open letter that can be signed here.

At least 10 million people in the world today are stateless. They are told that they don’t belong anywhere. They are denied a nationality. And without one, they are denied their basic rights. From the moment they are born they are deprived of not only citizenship but, in many cases, even documentation of their birth.

Many struggle throughout their lives with limited or no access to education, health care, employment, freedom of movement or sense of security. Many are unable to marry, while some people choose not to have children just to avoid passing on the stigma of statelessness. Even at the end of their lives, many stateless people are denied the dignity of a death certificate and proper burial.

Between 2011 and 2014, there were 42 accessions to the two statelessness conventions — indication of a growing consensus on the need to tackle statelessness. UNHCR’s 10-year Campaign to End Statelessness seeks to give impetus to this. The campaign calls on states to take 10 actions that would bring a definitive end to this problem and the suffering it causes.

Below is a photo essay introducing you to stateless people from around the world. 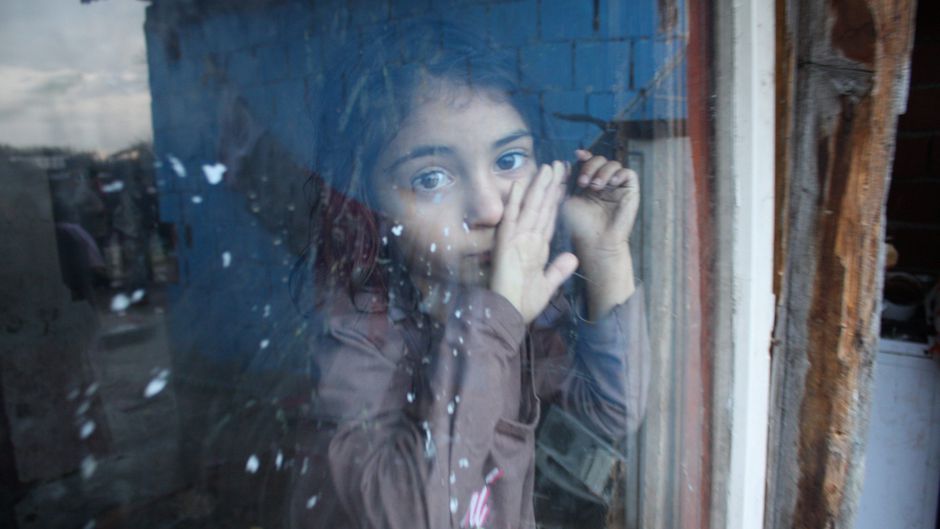 While most of Europe’s Roma possess a nationality, the Zahirovic family remain stateless. They live in a cramped and flimsy room, with no running water, electricity or sanitation facilities in Croatia’s Vrtni Put. The family’s only source of income is from collecting scrap metal. Photo: ©UNHCR / Nevenka Lukin / November 2010. 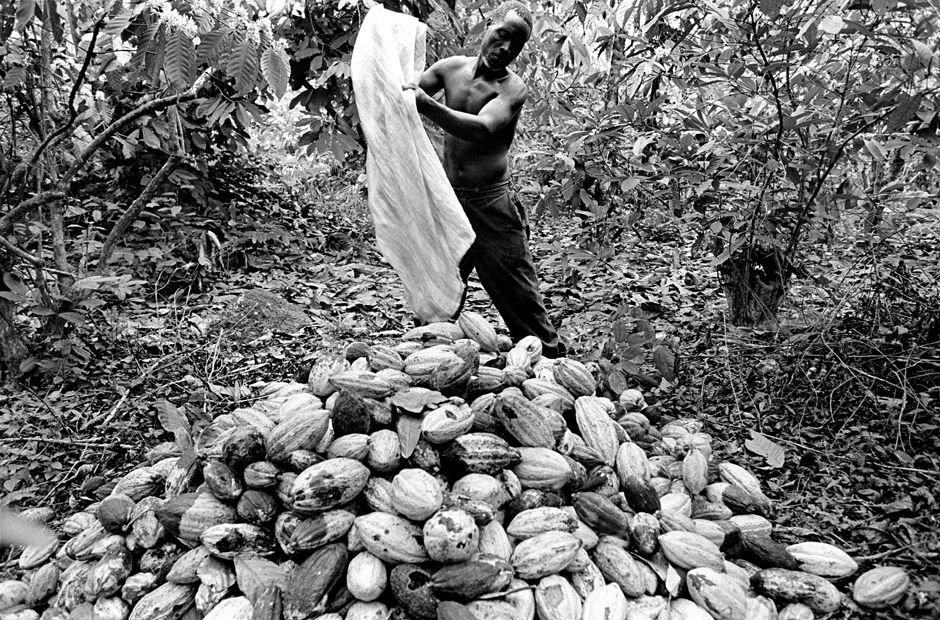 A stateless Burkinabè man collects cocoa on a small plantation near Bouafle, Côte d’Ivoire. Most of the 700,000 people estimated to be stateless in the West African country are comprised of descendants of foreign immigrants who came to work on the country’s cocoa plantations many decades ago. Legislative reforms in 2013 mean that many finally have the chance to acquire Ivorian citizenship. Photo: ©UNHCR / Greg Constantine/ 2010.

Valentina, seen with her grandchildren in Riga, Latvia, is the only stateless member of her family. She and her husband moved from Belarus to Latvia in 1983, when both countries were part of the Soviet Union. They had four children, all of whom are now citizens of Latvia. Valentina voted for independence in 1991, but has not taken the Latvian language test that will enable her to get nationality. She is scared that she will not pass. “I’m a citizen of nowhere. When I travel with the family, the immigration officers stare at my non-citizen passport as if it was a museum piece,” says Valentina. Photo: ©UNHCR / Lionel Charrier / September 2014. 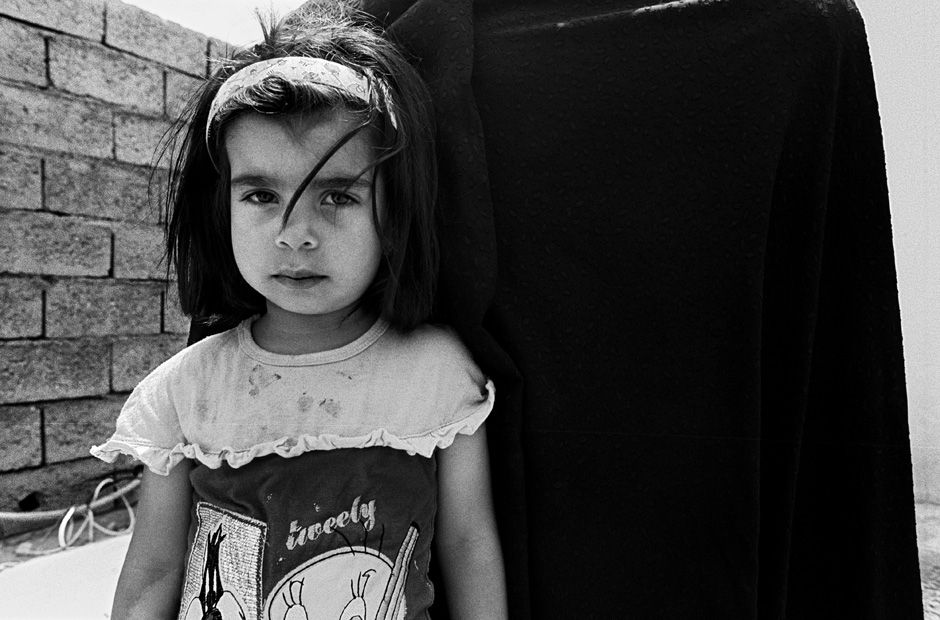 Malak (4) is a Faili Kurd whose family fled from Iraq to Iran in 1980 after Saddam Hussein stripped the entire Faili Kurd community of their Iraqi citizenship, leaving them stateless. Since 2003, after the fall of Saddam Hussein’s regime, reforms have been implemented to allow Faili Kurds to reacquire their Iraqi nationality. Photo: ©UNHCR / Greg Constantine / July 2014. 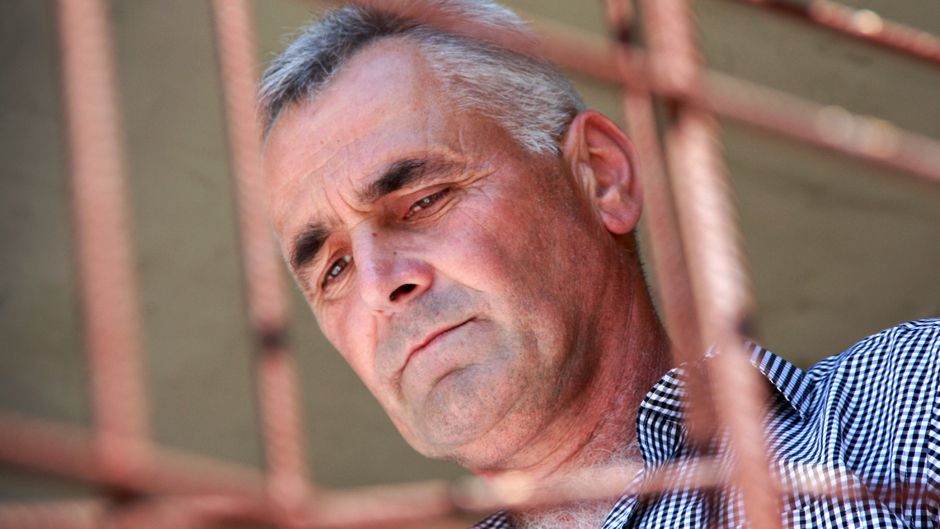 Nusret, aged 49, is a statelessness person living in Montenegro: “I feel like I’m quarantined,” he says. “I can move around town where people know me, but I can’t go anywhere else without documents. I can’t visit my sick mother in Kosovo.“ Photo: ©UNHCR / Nevenka Lukin / August 2014. 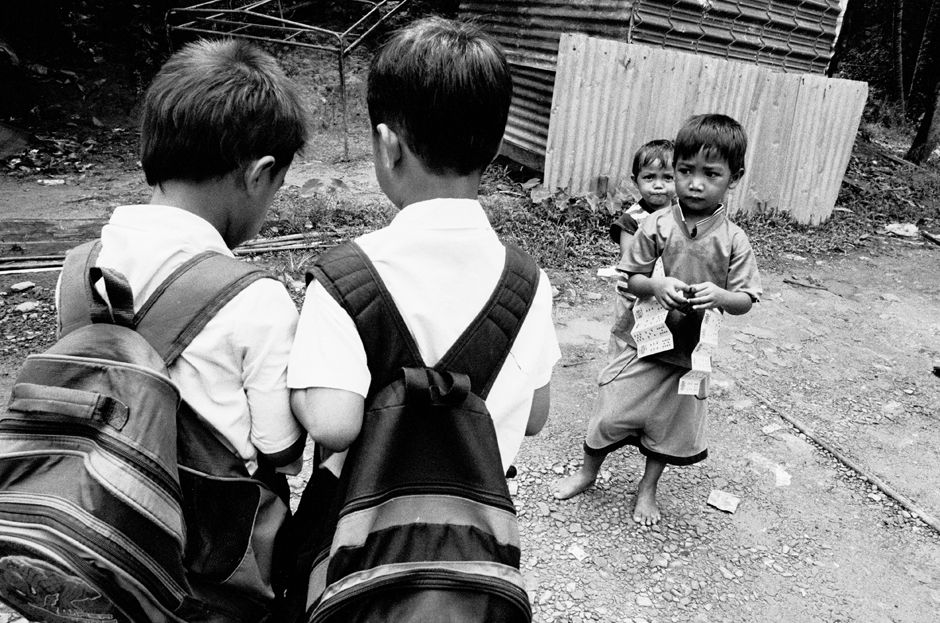 Children in Telipok, Sabah, Malaysia. Many children of migrants are unable to establish a nationality. Some are completely undocumented and do not have access to education. Photo: ©UNHCR / Greg Constantine / December 2008. 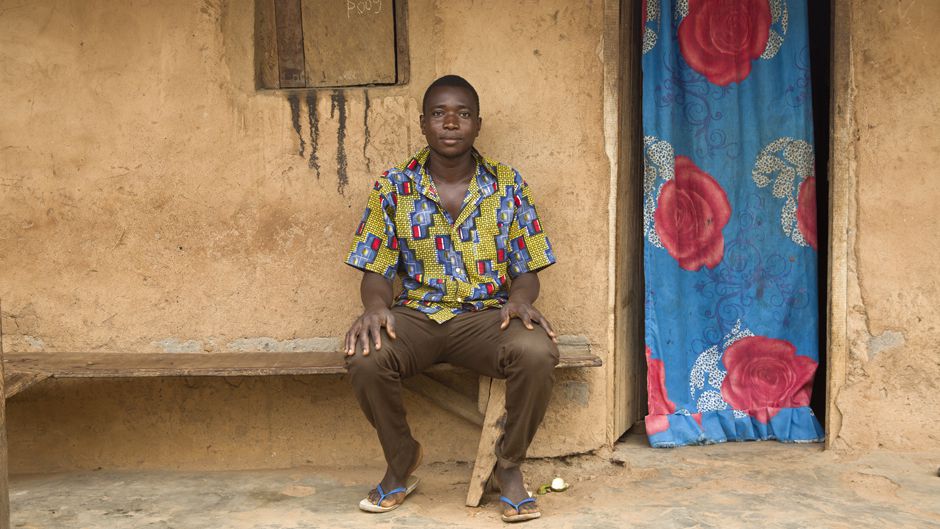 Seventeen-year-old Mohamed sits in front of his house in the village of Saria, Côte d’Ivoire. He was born in Ouagadougou, Burkina Faso, to Burkinabè parents. They died when he was young and Mohamed  came to Côte d’Ivoire with his uncle. His birth was never registered in Burkina Faso and he has no documentation to prove his parents’ Burkinabè nationality. Mohamed has resigned himself to never leaving Saria. “When I tried to travel to neighbouring towns to sell my harvest, policemen or military stopped me and forced me to pay 10,000 West African francs (US$20),  which is half of my annual wages,” he reveals. Photo: ©UNHCR / Helene Caux / October 2014. 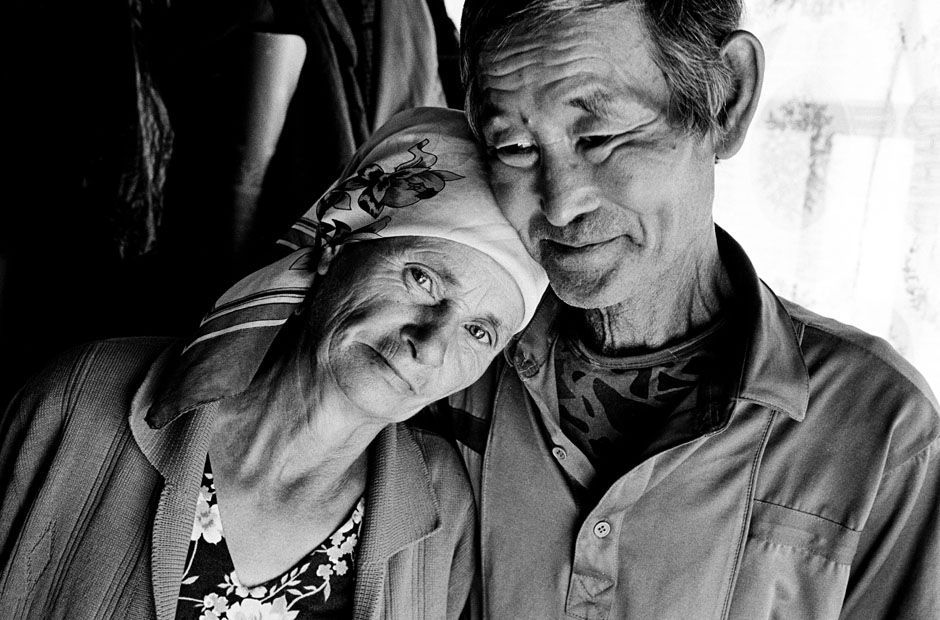 An ethnic Korean who moved to Ukraine in 1993 and lived with a local woman for more than a decade without being able to officially register their union. Photo: ©UNHCR / Greg Constantine / 2009. 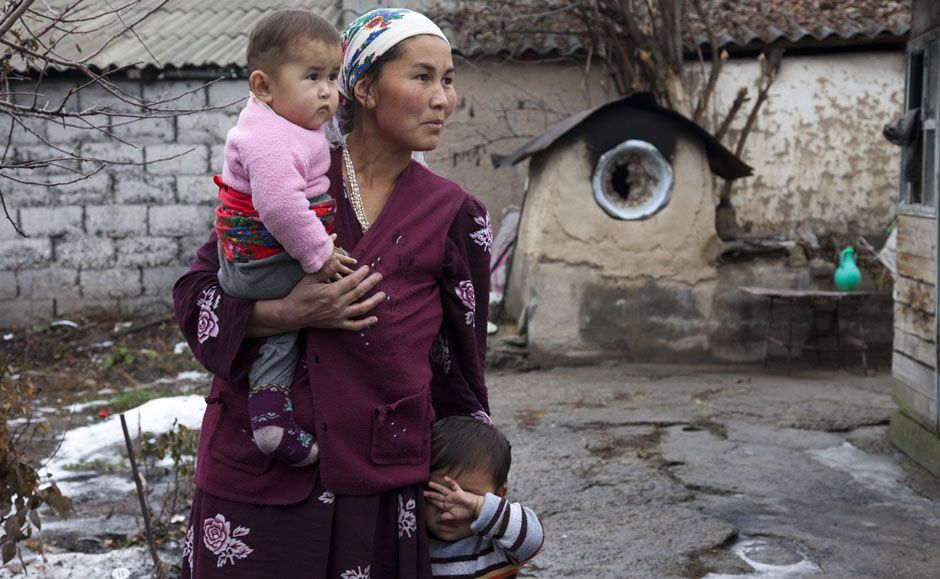 This stateless mother came to Kyrgyzstan from Tajikistan. Her children are also stateless as a result. Without papers proving her nationality, she cannot receive badly needed social assistance. Photo: ©UNHCR / Alimzhan Zhorobaev / December 2010. 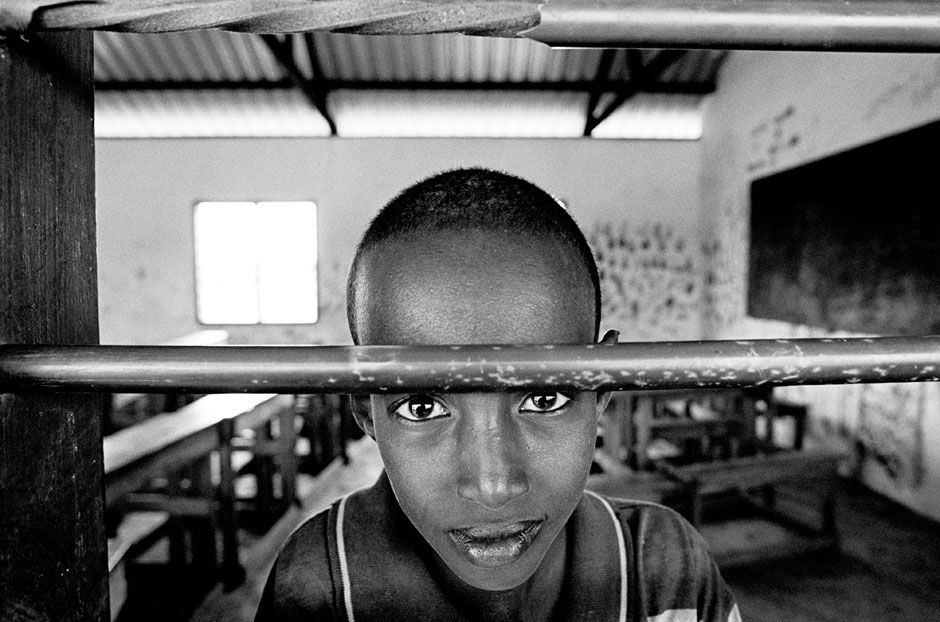 A Galjeel child plays in an abandoned school in northern Kenya. The Galjeel, numbering 3,500 to 4,000 people, are a sub-clan of Somali descent and have lived in Kenya since the late 1930s. Most stateless Galjeel children in northern Kenya do not go to school. But those who do must walk several miles and are often harassed by other ethnic groups. Photo: ©UNHCR / Greg Constantine / December 2008.

I Belong to a World that Vows to End Statelessness by Carol Smith is licensed under a Creative Commons Attribution-NonCommercial-ShareAlike 4.0 International License.