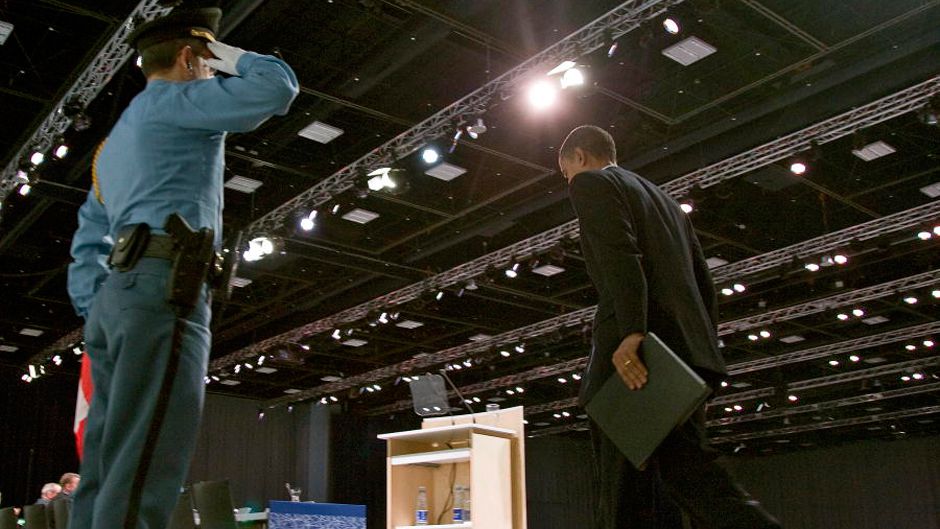 Is Venezuelan President Hugo Chavez right when he says: “If the climate were a bank, the United States would have already saved it”?

Chavez made this bold statement at COP15 last week — a meeting that will perhaps go down in history as having been the most divisive of major international summits. The West versus BRIC, industrialised versus developing, rich versus poor countries, etc.

In fact, the wrangling began before any of the thousands of delegates boarded planes to Copenhagen. But in the months leading up to the summit there was hope that rich countries — having spewed massive amounts of CO2 on their way up the industrialisation path — would do what their poorer global cousins were demanding: pay up and set serious reduction targets. Wasn’t there?

Of course we all now know how it ends. Somehow negotiations got off course and certain world leaders felt compelled to swoop in to directly negotiate the details of the Copenhagen Accord.

“Developing countries are very disappointed because they’ve invested a lot of time in the documents they’re negotiating here,” Martin Khor, director of intergovernmental think tank the South Centre, said at the summit’s close.

And in the aftermath, the finger pointing has only just begun. Blame the UN. Blame China. Blame the small group of countries that would not sign up to the Accord. Blame the US Senate. Blame Obama.

Despite it all, those like Gordon Brown and Barack Obama are happy to point out how the Accord — although failing to specify carbon emission cuts — does pledge US $30 billion for short-term adaptation aid for countries in need while also agreeing to set up a $100 billion-a-year fund by 2020.

Ten years to set up a fund! The irony is that just a year ago the US found $700 billion to unconditionally bail out Wall Street. Even sadder, global annual military spending is over $1.46 trillion a year.

What do you think? Is there something wrong with the choices made by rich nations?

Are they prioritising military spending and propping up a dysfunctional financial system over treating an already-ailing climate before it gets sicker?

Is this all just realpolitik? And if so, are you satisfied?

Debate 2.0: If Only Our Climate Were a Bank… by Carol Smith is licensed under a Creative Commons Attribution-NonCommercial-ShareAlike 3.0 Unported License.