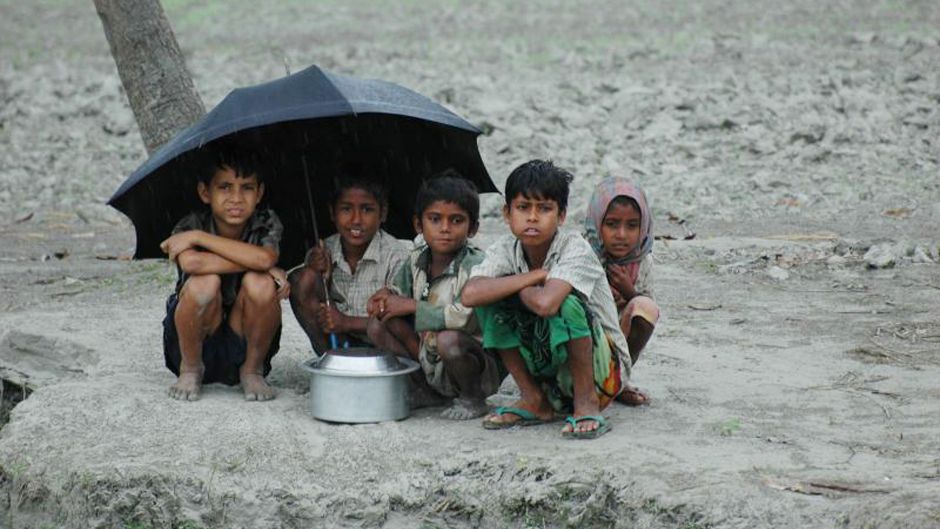 The climate undergoes constant and gradual change over the space of centuries and millennia. Since the mid-19th century, however, our world has been moving towards a warm period such as the earth has not experienced for several million years.

If the projections of climate experts become a reality, the resulting rise in temperature will have significant implications for humankind. Environmental changes will visit urban and rural areas alike and place great stress on our current way of life.

By 2050, when human population will peak at around 9 billion people, most of us will be urban dwellers with outsized environmental footprints. Between now and then, some of the changes we may witness include increased flooding of coastal areas (where many megacities are located) and small islands, destruction of agricultural land, and disappearance of glacial-fed waters.

The increased frequency and magnitude of sudden events, such as weather-related natural disasters, and more gradual longer-term environmental changes may cause many millions of people to migrate in search of shelter.

Climate change and a magnitude of new migrants

According to the International Organization for Migration (IOM), it is estimated that there are about 200 million migrants today (three percent of the global population), including those with political, economic and environmental drivers. A 2007 study by another organisation suggests that the total number of migrants could swell to a massive one billion by 2050, of which 250 million would be those permanently displaced by climate change-related phenomena such as floods, droughts, famines and hurricanes.

The most frequently-cited estimate of climate migrants, however, is 200 million by 2050. The figure is one that author Oliver Brown attributes, in a 2008 IOM report, to a “heroic extrapolation” by Norman Myers back in 2001. According to Brown, this figure has been cited by both the IPCC and the Stern Review.

It is clear that estimates and projections of future numbers of environmental migrants are divergent and controversial.  Yet a preoccupation with estimates belies the complexity of environmentally-induced migration and may actually miss the most important questions relevant to managing the issue in the future.

What is an environmental migrant? The first controversy concerns the categorization of people made uprooted by environmental factors, including climate change. Some refer to “environmental refugees” while others refute use of the word “refugee”, claiming it has a specific legal meaning in the 1951 Geneva Convention Relating to the Status of Refugees.

Terms such as “environmental migrants” or “environmentally-induced migrants” are also commonly used. More recently, Robin Bronen and others have coined an alternative term — climigrant — for people who have become mobile specifically due to climate change.

Migration has both positive and negative meanings, but apprehension dominates public perception. How will climate change combine with population pressure, social unrest, security risks, and diminished opportunities for economic development?

Although environmental and climate changes are increasing, they are by no means responsible for all migration. Certainly people are more likely to move when heat waves and droughts destroy crops, depriving them of their livelihoods, but economic and political motives still appear to dominate the decision to migrate. One thing is certain: people in the least developed and most vulnerable countries will be affected first and worst.

Snapshot of environmental change and migration

Although research and policy activities date back to the early 1990s, understanding of the relationship between environmental change and migration remains limited. Only recently have a large group of renowned scientists and institutions begun tackling the issue.

Environmental change is expected to become an increasingly important factor in political decisions. This means that policy-relevant empirical evidence is essential to policy discussions about how governance of human mobility may need to evolve in coming years.

The help build the knowledge base, the European Commission co-sponsored the Environmental Change and Forced Scenarios (EACH-FOR) project to assess the impact of environmental change on migration at the local, national, regional and international levels. UNU was a partner in this project. We selected case studies in 23 different countries to create a snapshot of environmental processes like extreme flooding, desertification, land degradation, sea level rise or water shortages.

We wrote our 2009 report “In Search of Shelter” with our partners to help bring these messages to policy makers. The most important findings include:

Many people won’t be able to flee far enough to adequately avoid the negative impacts of climate change unless they receive support. Migration requires resources — including financial, social, and political capital — that the most vulnerable populations frequently don’t have. Case studies indicate that poorer environmental migrants can find their destinations as precarious as the places they left behind.

EACH-FOR recognizes that economic and political factors are dominant drivers of displacement and migration today but also that, as the case studies illustrate, climate change is already having a detectable effect.

To what extent are governments and humanitarian actors prepared to address the challenges and cope with what may be a rapidly developing issue? Migration has yet to be discussed systematically within the context of adaptation strategies to environmental and climate change. There are a variety of perspectives about the topic, discussed below.

Some characterize migration as a failure of adaptation, rather than as a form of adaptation. Yet studies have found that migration is often a proactive risk diversification strategy for households facing environmental stress amidst a range of other risks that must be managed at the same time.

Another point is that both migrants and those who remain behind in environmentally stressed areas are linked to one another and need to be considered together in policy. Migrants often remain linked to communities that remain behind. These links may be material (remittances), cultural/social or political, and help shape the resilience and adaptation capacity of both those who leave and those who stay.

Another facet is that migration often happens because people expect that, on the balance, life will be better somewhere else. Actual natural thresholds need not be reached before social systems reach critical tipping points and environmentally induced migration becomes an expression of that tipping point.

These points raise implications for migration and relocation in adaptation plans. However, governments do not (yet) widely view migration as an adaptation alternative. Few National Adaptation Plans mention migration or relocation.

Currently the draft negotiation text for the Copenhagen Agreement reflects a need to consider the link, indicating a growing understanding of the role of human mobility in response to climate change impacts.

The Alliance was founded in response to the growing realization that there is need for synergies in policy and research, interdisciplinary multi-stakeholder collaboration and the development of comprehensive approaches at the country level. This marks a major step in the right direction in moving from knowledge to action on climate change and migration.

In Search of Shelter  by Koko Warner is licensed under a Creative Commons Attribution-NonCommercial-ShareAlike 3.0 Unported License.
Based on a work at http://ourworld.unu.edu/en/in-search-of-shelter%E2%80%A8/.