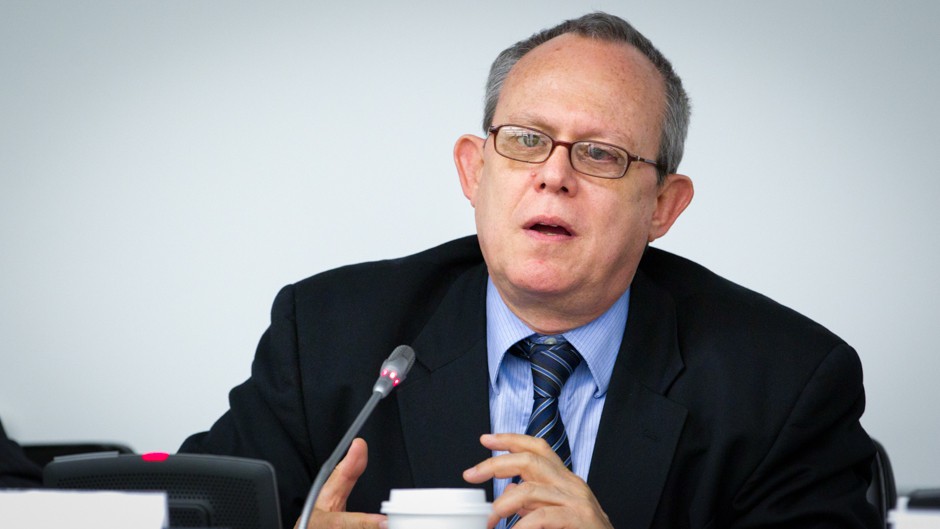 Frank La Rue, UN Special Rapporteur on the Promotion and Protection of the Right to Freedom of Opinion and Expression. UN Photo / Rick Bajornas.

A draft resolution to protect the right to privacy in the digital age that was approved last week by a General Assembly committee is a first step, according to an independent UN expert who called for more to be done to ensure trust in the safety of communications.

“If States are truly committed to ensuring that all the rights which apply offline continue to be valid online, they urgently need to take concrete steps to secure respect for the privacy of communications as a universal right everywhere — not only within their own borders,” the Special Rapporteur on freedom of expression, Frank La Rue, said in a news release yesterday.

The General Assembly committee dealing with human rights questions, also known as the Third Committee, on Tuesday unanimously approved the text recognizing the need for States to establish oversight mechanisms to ensure transparency and accountability for surveillance initiatives. The 193-member Assembly is expected to vote on the non-binding resolution next month.

“To demonstrate their commitment to protect privacy and to ensure people can communicate freely, States can start by immediately revising their own laws and the role of the judiciary, in order to correct serious gaps that exist in most national legal frameworks,” said Mr. La Rue.

He emphasized that the surveillance of communications must never be conducted without independent judicial oversight, even though it might be exceptionally required to monitor communications in order to respond to criminal activity or national security threats.

Parliaments should also play a role through the systematic review of the work of security and intelligence entities.

“Blanket and indiscriminate surveillance should never be legal,” Mr. La Rue stressed. “International human rights standards demand that any interference with human rights be considered on a case-by-case basis in which a court weighs the proportionality of the benefit to be gained against the harm which may be done.”

Despite technological changes, the expert felt that no new international legal instruments are needed. “Privacy is a recognized human right. For decades there has been a solid understanding that privacy in postal services should be respected by all States. Therefore, there are no reasons for questioning existing guarantees to privacy in telephone or internet communications,” he said.

Independent experts, or special rapporteurs, are appointed by the Geneva-based UN Human Rights Council to examine and report back on a country situation or a specific human rights theme. The positions are honorary and the experts are not UN staff, nor are they paid for their work.