Informal Workers in Senegal, Mali, and Burkina Faso Have Been Hit Harder by COVID-19 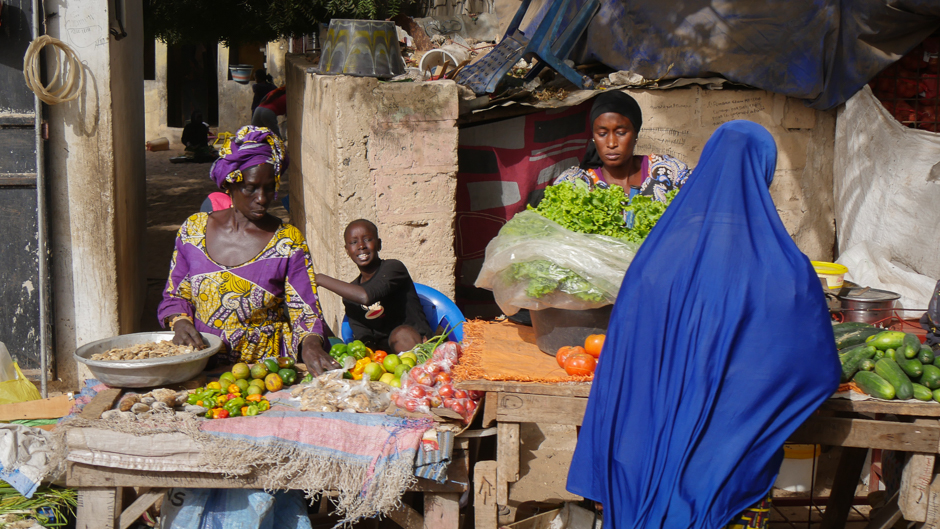 Vendors at a market in Senegal. Photo: tjabeljan, Creative Commons BY 2.0

The COVID-19 pandemic and its associated counter-measures continue to shed light on the social and economic challenges facing African countries. Economic growth in sub-Saharan Africa countries is expected to decline, putting pressure on already limited fiscal space and resources in the region.

The worst affected will be people working in the informal economy, which in most African countries represents the biggest part of the economy. According to the International Labour Organisation, around 85.8% of employment is informal in Africa. And the informal economy itself is mainly composed of poor workers and those who are daily wage earners. Many do not have a contract and do not benefit from any form of social protection.

In our working paper we aimed to provide some evidence about the impact of informality on employment and earnings during the pandemic, and how this differed between informal and formal workers.

We provide real time survey evidence on the labour market effects of COVID-19 in Senegal, Mali, and Burkina Faso. Our findings are based on a survey of 900 individuals in the three countries between 20 April and 1 May 2020. We investigated how informality exacerbates the immediate effects of the COVID-19 pandemic on job loss, decrease in earnings, and difficulties for individuals to support their basic needs.

We found that workers in the informal economy tended to be more hard-hit by the COVID-19 pandemic. Informal workers are more likely to lose their jobs and tend to experience decrease in earnings.

These findings also hold for those who work in high-risk sectors. Informal workers equally appear to be more likely to struggle to meet their basic needs in the midst of the pandemic. We discuss the policy implications of these findings.

All three countries took some common measures to counter the spread of the pandemic: they closed schools, cancelled public events, restricted public gatherings, recommended staying at home, restricted movement in the country and closed borders. They also imposed curfews to reduce the number of hours businesses could operate.

There were other country-specific measures as well. For instance, most markets in Burkina Faso were closed for weeks. Restrictions on the movement of people and cars between regions and cities in Senegal led to shortages of supplies of goods to traders even where markets were not closed down.

Our survey was conducted via Facebook. About 53% of all respondents in our sample were informal workers.

About 25% of the people in our survey lost their jobs and 55% experienced a decrease in earnings over the period under consideration.

The share of individuals who were working in early March but lost their job later varied across countries. The percentage was highest in Senegal (29%), followed by Mali (about 23%) and Burkina Faso (22%).

In economic downturns, informal workers may be the ones who suffer the most in terms of reductions in hours of work and job losses.
Our results confirmed that informal workers were more likely to lose their jobs compared to those in the formal sector.

Despite the several strategies to mitigate the disastrous economic consequences of COVID-19, it is expected to be just too little because of the limited fiscal space. However, remittances from family members were identified to play a far-reaching role in mitigating the adverse effects of the pandemic. Specifically, informal workers in our survey who received remittances tended to be more likely to be able to get basic necessities.

Governments must consider social protection and small business support policies that protect informal workers and mitigate the negative consequences of the pandemic on informal businesses.

In the context of governments’ limited fiscal resources, direct remittances present an opportunity to mitigate the economic consequences of the pandemic in African countries. Governments may explore ways to decrease the fees of remittances to make sending money cheaper.

The working paper this article is based on was co-authored with Dr Mohammed Boly of The World Bank.

Dr Racky Balde is a PhD research fellow at the UNU Maastricht Economic and Social Research Institute on Innovation and Technology (UNU-MERIT). She holds a Master’s Degree in Applied Economics from Gaston Berger University in Senegal.

Dr Elvis Korku Avenyo is a Senior Researcher at the Centre for Competition, Regulation, and Economic Development and a Senior Research Associate at DST/NRF, and South African Research Chair in Industrial Development at the University of Johannesburg. He obtained his PhD in Economics of Innovation, Policy Studies of Technical Change and Governance from the United Nations University Maastricht Economic and Social Research Institute on Innovation and Technology (UNU-MERIT) and Maastricht University, The Netherlands.