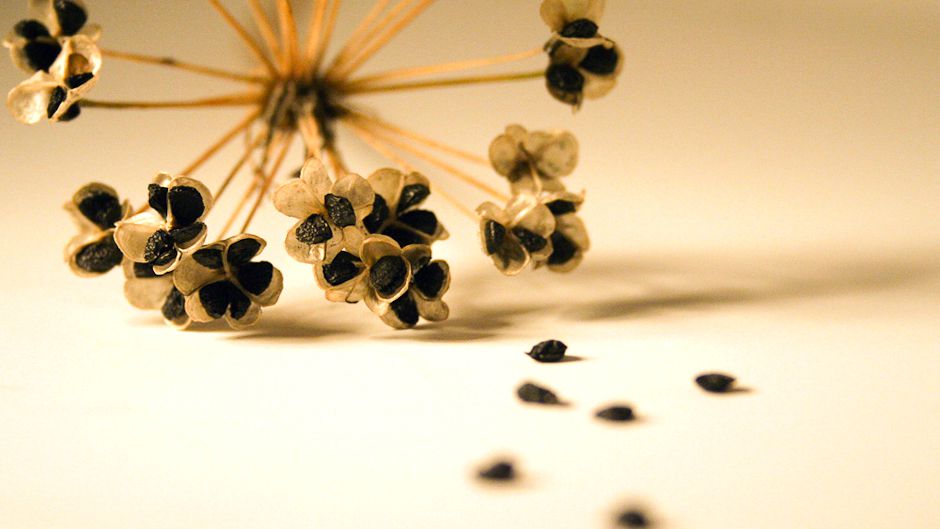 An endangered pink banana enjoyed by Asian elephants becomes a landmark species today, marking the first milestone in an international project to create a Noah’s ark of the world’s seeds.

The banana, Musa itinerans, is the last of 24,200 species to have its seeds collected, dried and stored in Kew’s millennium seed bank, which has, after 17 years of work, collected and preserved seeds from 10% of the world’s plant species.

Conceived after the Rio Earth summit in 1992, the seed bank was opened in 2000 to try to ensure the survival of the estimated 200,000 seed-bearing plant species threatened by human development and climate change. The seeds of the pink banana join 1.6 billion other seeds inside super-cooled vaults under a complex of low-lying modern buildings at a country estate in Sussex.

“The success we are celebrating today is extraordinary and on a scale never before contemplated in global biodiversity conservation,” said Professor Stephen Hopper, director of the Royal Botanic Gardens, Kew. “In a time of increasing concern about loss of biodiversity and climate change, Kew’s millennium seed bank partnership provides a real message of hope and is a vital resource in an uncertain world.”

The seed bank has already led to real-life resurrection stories. The Australian wildfires that killed dozens of people earlier this year also eliminated the only known population of a shrub known as the shiny nematolepis, 60 miles east of Melbourne. Seeds banked at Kew in 2007 have since seen 150 plants grown from seed and cuttings planted in a new home near the shrub’s original site.

The seed bank has achieved its 10% target 14 months ahead of schedule and under budget, said Paul Smith, the head of Kew’s millennium seed bank partnership. “The reponse from botanists and institutions around the world — from the US and Europe to Australia and Africa — has been bigger than we expected,” he said.

Smith warned that previous estimates of 60,000-100,000 species in danger have been revised upwards to 200,000 to take into account the impact of a likely 2-4°C rise in temperature this century caused by global warming. Alpine and island species are particularly under threat from melting glaciers and rising sea levels. The total number of known seed-bearing species has risen from 240,000 to 300,000 since the project began.

The most pressing threat to many plant species is not climate change, but expanding human developments, such as new roads and railways, industry and housing. To prioritise the species in urgent need of protection, the seed bank uses Google Earth to map the locations of new developments and habitat loss, including the annual loss of 13 million hectares of forest and the commercial logging of the jungle habitat in which the pink banana lives.

The next phase of the seed bank project is an even more ambitious target of collecting a total of 25% — about 75,000 — of the world’s plant species by 2020. In the future it also hopes to preserve the tens of thousands of non-seed bearing plants such as moss and ferns. Smith is confident the project’s momentum will ensure it meets the next goal, with China (10,000 species) and the US (14,000) both seen as key regions.

Hilary Benn, the environment secretary, said: “Reaching this 10% target is a remarkable achievement. Kew’s millennium seed bank partnership has harnessed the resources and ingenuity of more than 120 institutions and I would like to congratulate all involved in this truly global effort and its continued success as it works towards the targets for 2020.”

Into the seed bunker

The bank is based at Wakehurst Place in Sussex because of fears that Kew, in west London, would be vulnerable to flooding. It is a truly international project, which relies on botanists across the world to donate everything from the seeds of rare flowers in Lebanon to roots from Botswana. Once the specimens arrive at the bank, they are cleaned and counted. Ideally the plant-hunters will have collected 20,000 seeds for each type of plant, but they also have to ensure they do not take so many seeds that they endanger a species. Seeds are then left to dry before being stored in airtight containers at a constant temperature (anything down to -25°C) and humidity. Researchers annually germinate a selection of the seeds — which theoretically are viable up to 1,000 years — to confirm they are still alive.