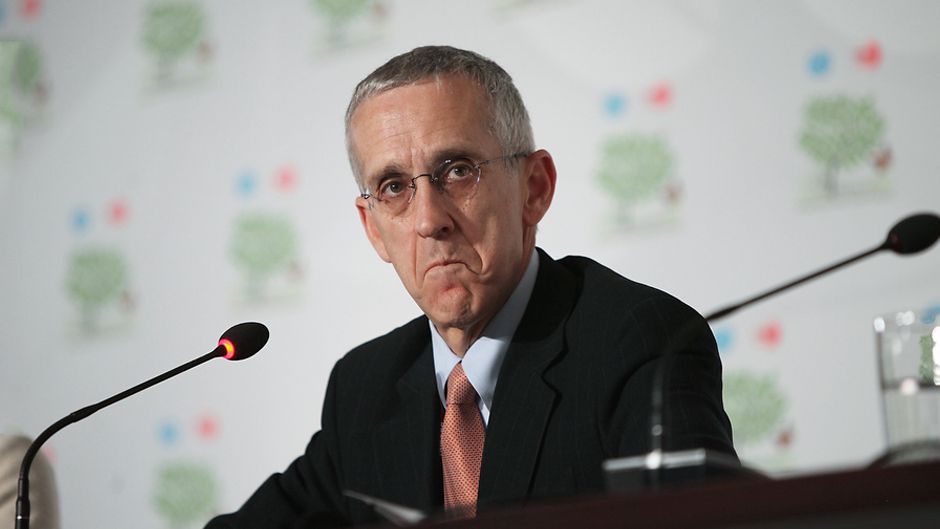 Late last Friday I sat in a hotel room in Cancún with two fellow journalists and listened as delegates from around the world gathered to conclude two weeks of UN climate negotiations.

Through a choppy video feed we strained to see and hear as, one by one, the leaders of nearly every negotiating bloc gave a thumbs up to the latest version of a global climate deal almost two decades in the making. Enthusiasm in the plenary swelled with each resounding ‘yes’, and on numerous occasions roars of applause for the COP president, Mexican foreign secretary Patricia Espinosa — and for the apparent salvation of the UNFCCC process — brought the show to a halt.

The general consensus between state officials, policy makers, journalists and many environmentalists is that Cancún was a success. Sometime after slamming her gavel down on Saturday morning at 3 a.m., Espinosa assured the global community that it had witnessed the beginning of “a new era of international cooperation on climate change”. Wendel Trio, International Climate Policy Director for Greenpeace, matched Espinosa’s renewed faith in the UN negotiations, stating: “Some called the process dead but governments have shown that they can cooperate and can move forward to achieve a global deal.”

A few hours into Saturday morning, veteran climate reporter and New York Times correspondent Andrew Revkin, who was in Mexico for much of the conference, wrote that this December’s finale was a far cry from last year’s in Copenhagen, which ended in “raucous, then deflated, division, with the resulting accord noted, but not formally embraced”.

He’s right. There is no mistaking Cancún’s jubilance for Copenhagen’s cold, stony despair, but as I sat in my hotel room Friday night, glancing back and forth between the plenary stream and an electrifying twittersphere, I could not muster the hope, confidence and sense of achievement that moved many of my peers.

Let me tell you why.

Climate journalists motivated by pity for mankind must negotiate a complex minefield. Our story unfolds at the centre of almost every major subject: science, economics, politics, health, business, industry, and the humanities. If one chooses to be a reporter in this craft, one’s task is to present the facts. If one wants to be something more, such as an analyst, it is one’s duty as a public servant to make sense of those facts.

Writing meaningfully about climate change requires some foundational mastery of science, as well as politics and economics. The interrelatedness of complex data and objectives demands journalists who are capable not only of getting facts right, but also of being able to explain their large number of relationships and probable consequences.

I am not as knowledgeable as I hope someday to be, but those of us who are reasonably familiar with the science know that the COP16 agreement is not enough.

We know that the emission reduction pledges made in Mexico — which are not legally binding — have put our planet on track to warm up by 3.2 degrees Celsius, a level that is catastrophic by most accounts. We know that even this prediction and its full significance are uncertain, because we grasp the basic principle of chaos theory: that when essential parts of a complex system such as the Earth’s climate pass key tipping points, they can enter irreversible processes or feedbacks, and the rate of disordering of the whole accelerates to an unpredictable degree.

All of this adds up to a future that, because it is increasingly uncertain, is virtually impossible to prepare for. Yet the grown-ups in charge are speaking in terms of preparation and adaptation rather than the prevention of climate change.  This puts me very ill at ease.

I want to have faith in the political process. I want to trust in the system. I want to believe, as Michael Jacobs of The Guardian suggests, that a low-expectation “confidence-win” in Cancún will inspire politicians and captains of industry to do what is necessary to fine-tune markets in the small, precious time left to save ourselves before the climate comes unglued.

However, I cannot, because history shows us that the last two centuries of increasingly unregulated capitalism gave us predictable and repeated cycles of boom and bust — which add up to almost 50 independent recessions in my homeland and include our most recent global crisis — occurring at a consequence of enormous human costs. I cannot because Todd Stern, the lead US negotiator in charge of climate change, told me in a press conference over a week ago that this same exact ideology of trust in markets and their minimal or zero regulation forms the foundation of many world leaders’ plans to deal with the evolving catastrophe.

To praise the agreement in Cancún for restoring confidence in “international cooperation”— to echo COP president Patricia Espinosa one more time — when WikiLeaks evidence coming from the US State Department’s own files now confirms that so much of what has been “accomplished” sits squarely upon a foundation of coercion and lies, is disingenuous.

For, contrary to what you may have heard, men like Bolivia’s president Evo Morales and lead negotiator Pablo Solon did not spoil this year’s UNFCCC negotiations by demanding that a climate deal reflect the science and secure a liveable planet for mankind.

This year’s talks should be recognized as having failed because once again our leaders placed the preservation of their offices and their economic and political powers above the well being of the people they are supposed to serve — and members of the press and others well-informed allowed them to do it. Until we refuse to swallow the nonsense, it appears our leaders will continue to profit by — to put a twist on an old proverb – presenting sows’ ears as though they were silk purses.

Is Cancún Climate Deal a Pig’s Ear? by Alex Kelly is licensed under a Creative Commons Attribution-NonCommercial-ShareAlike 3.0 Unported License.

Journalist Alexander Kelly covered the United Nations Climate Change Conference in Cancún through a fellowship program with the Earth Journalism Network. Last year, he and a team of reporters produced award-winning coverage of the Copenhagen climate talks for InvestigateWest. He writes a blog called Reporting for Duty and will begin an internship with Harper’s magazine in January.