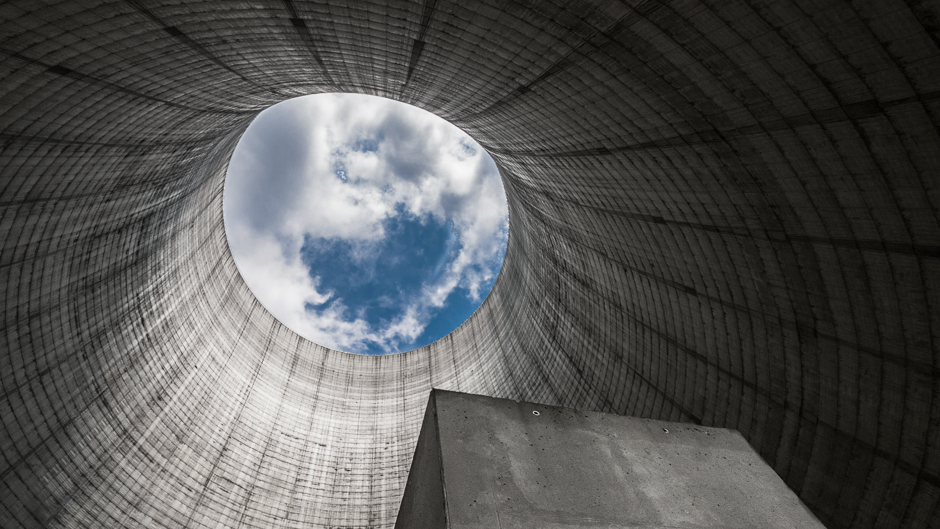 Their basic argument was that “continued opposition to nuclear threatens humanity’s ability to avoid dangerous climate change” and that there is “no credible path to climate stabilization that does not include a substantial role for nuclear power”.

They suggest that “passive safety systems and other advances can make new plants much safer. And modern nuclear technology can reduce the proliferation risks and solve the waste disposal problem by burning current waste and using fuel more efficiently.”

Reaction from scientists in Japan

The climate scientists’ letter caused quite a stir including a critique from the Union of Concerned Scientists arguing that “new reactors are not currently economical compared to electricity generation from natural gas or from other low-carbon energy sources such as wind and solar”. They continued by stating that we “do not believe nuclear reactors are yet sufficiently safe and secure”.

Perhaps the most engaging response was a rebuttal letter posted online in January 2014 by three researchers from Japan — Jusen Asuka, Seung-Joon Park and Toru Morotomi — and the former lead climate-treaty negotiator, Mutsuyoshi Nishimura. It is compelling because the authors’ response was influenced by Japan’s experience of the Fukushima nuclear accident, leading them to have “certain reservations” about the prospects of nuclear power as a way forward in responding to climate change.

Their basic argument is that Caldeira et al. have “underestimated the risks of nuclear power generation, while also underestimating the possible role of other climate change measures, such as fuel switching, renewable energies and energy saving”.

They outline seven reasons why nuclear should not be considered as an option, which I will distill here.

Following the Fukushima accident, the Japanese Government reexamined the costs and risks of nuclear accidents. The Committee tasked with this assessment concluded that the probability of an accident is once in 500 reactor years (one reactor year is one year of operation of one nuclear reactor), which compares with earlier projections that placed the risk at one in a million reactor years. Their conclusion is based on the fact there have been three major accidents in 1,500 reactors years in Japan. This means that “if 50 reactors were in operation, as was the case in Japan before the Fukushima accident, there would be one major accident every 10 years”.

While this point is very powerful, the basis of this calculation is not completely clear. For instance, a reader would likely assume that the three major accidents are Three Mile Island, Chernobyl and Fukushima. If that is the case, then aren’t we talking about the number of reactor years at the global level, not just in Japan? This may be splitting hairs, because the main concern is not whether the accidents happen every 10 years, every 30 years or every 100 years, but that they happen at all and that the scale of damage caused by such accidents is huge.

Comparison of the number of fatalities

There is a tendency to compare the number of fatalities resulting from nuclear accidents with those caused by air pollution, particularly from coal-based power generation. This is too simplistic.

While some commentators rightly point out that there were no direct fatalities from exposure to radioactive materials from the Fukushima accident, it is essential to look at the indirect fatalities. These include those who died as a result of the evacuation, and those who committed suicide lamenting the loss of their homes, their livelihoods and their community. According to the Fukushima Prefectural Office, a total of 1,459 people fell within this category as of September 2013.

The most recent data also indicates that the number of evacuees resulting from the accident stands at 159,000 persons. They have to deal with the psychological impacts of the nuclear accident and the loss of almost everything — livelihoods, homes and community. One consequence has been population decline in the locality, as people move out, and a decreasing number of births (by as much as 34 percent in some locations), often due to fears of fetal exposure to radiation.

The costs of nuclear energy have long been contentious and viewed as too low, mainly because they exclude many significant external costs such as research and development or equipment failure liability.

Prior to the Fukushima accident, in 2004 the Japanese government had calculated the cost of nuclear power at 5.9 yen/kWh. A recalculation was made after the accident to include social costs, such as accident settlement, compensation and area decontamination. This new estimate was 8.9 yen per kWh, but it excludes the costs of nuclear waste storage, decommissioning of nuclear reactors and indemnification insurance. Estimates have shown that if these are included, then nuclear power costs would exceed 100 yen/kWh. This compares with 9.9 to 17.3 yen/kWh for wind and 33.4 to 38.4 yen/kWh for solar.

Through a combination of factors it was possible for Japan to avoid the worst-case scenario (barely) with regard to the Fukushima accident. This would have involved a complete meltdown of the reactors, releasing a massive amount of radioactive materials into the atmosphere and causing the evacuation of people in a 250 km radius including the 30 million people in the Tokyo metropolitan area (myself included).

While the rebuttal letter does not explore this issue in depth, a look at the findings from the post-disaster investigations reveals the major problems encountered by the staff of the nuclear power plants immediately after the quake and tsunami. For instance, the report from the Fukushima Nuclear Accident Independent Investigation Commission described the situation as follows:

“In the chaos following the destruction wrought by the tsunami, workers were hindered greatly in their response efforts. The problems from the loss of control room functions, lighting and communications, and the struggle to deliver equipment and materials through the debris-strewn and damaged roads in the plant and continuous aftershocks were, all in all, far beyond what the workers had foreseen. The response manuals, with detailed measures against severe accidents, were not up to date, and manuals including that of the isolation condenser (IC) were not sufficiently prepared in advance to cover circumstances such as this accident. Emergency drills and the training of operators and workers had not been sufficiently prioritized. Documents outlining the venting procedures were incomplete.”

It is clear that in such chaotic circumstances the prospect of total reactor meltdown was not beyond the realms of possibility. The consequence would have been a killer-blow to the Japanese economy, and one from which it would have been very difficult to recover.

Nuclear power is not a replacement for coal

The reality in the Japanese case is that coal has always been seen as an essential counterpart to the development of nuclear power. Many of the coal thermal plants that have been constructed in Japan are intended to act as a back-up system in the case of reduced operations of nuclear plants.

Moreover, the stakeholders promoting nuclear power are identical to those promoting the use of coal — economic bureaucrats, power generation companies, heavy equipment manufacturers and energy intensive industries. These groups tend to be far less enthusiastic about energy saving measures and renewables, since they undermine their business model.

Only 20 percent of the 76 new reactors under construction throughout the world are equipped with “passive safety systems”, with the remainder built with older technologies. Most of the nuclear power stations in operation today were built with technologies that are 30–40 years old. Meanwhile the commercialization of fourth generation reactors, which are supposedly safer, is a long way off. This is a view echoed by the Union of Concerned Scientists.

So any advocacy of new nuclear plants should go along with plans to shutdown the existing, more dangerous nuclear plants and a ban on the export of these old nuclear technologies to developing countries, something Japan is currently advocating.

Further, the promotion of safer nuclear must also involve the situation where manufacturers are no longer exempt from product liability. The fact that this is currently not the case is cause for great concern.

The very long timespan likely to be involved in correcting the above faults in the nuclear industry, together with the problems surrounding nuclear waste, clearly suggest that the viability of nuclear as the quick fix that we need for climate change is questionable.

The attainment of our collective climate target — that is keeping the global temperature increase to not more than two degrees Celsius — is technically and economically achievable. There have been several studies that confirm this. The obstacle, however, is political and one of overcoming vested interests.

The researchers from Japan conclude by stating that the “introduction of renewable energy and energy saving measures is the most preferable option, not only because of its significance in mitigating climate change, but also in terms of energy security and the creation of new industries and new jobs. If we do not rely on nuclear power generation, it will certainly reduce the risks of plutonium proliferation and its conversion into nuclear weapons. This will further reduce the costs of radioactive waste management, thereby reducing the burden on future generations.”

Do we have a choice?

I would suggest that you read over the original letter from Caldeira, Emanuel, Hansen and Wigley, as well as the rebuttals. We have a choice to make. Should we continue with our current path of nuclear development, even with the immense risks associated with it? Or should we search for another path?

It is certainly easier to stick to the path currently presented to us by government and powerful industries, with assurances that they will make the nuclear plants safer in the future. This path does not require anything of us but the acceptance of the status quo.

It is much harder to push for the complete transformation of our energy industry in order to respond to the climate and energy security challenges. Being harder does not make it the wrong path but it is going to be a tremendous uphill struggle and a hard sell to many people — including our best and brightest climate scientists.

But hopefully we will get a considered response soon from those climate scientists and more light can be shed on this crucial question. Meanwhile, it would be interesting to learn what you think, so please chime in and comment.

Is Nuclear Power the Answer to Climate Change? by Brendan Barrett is licensed under a Creative Commons Attribution-NonCommercial-ShareAlike 4.0 International License.