Is Re-defining Masculinity Key for Long-term Security and Equality? 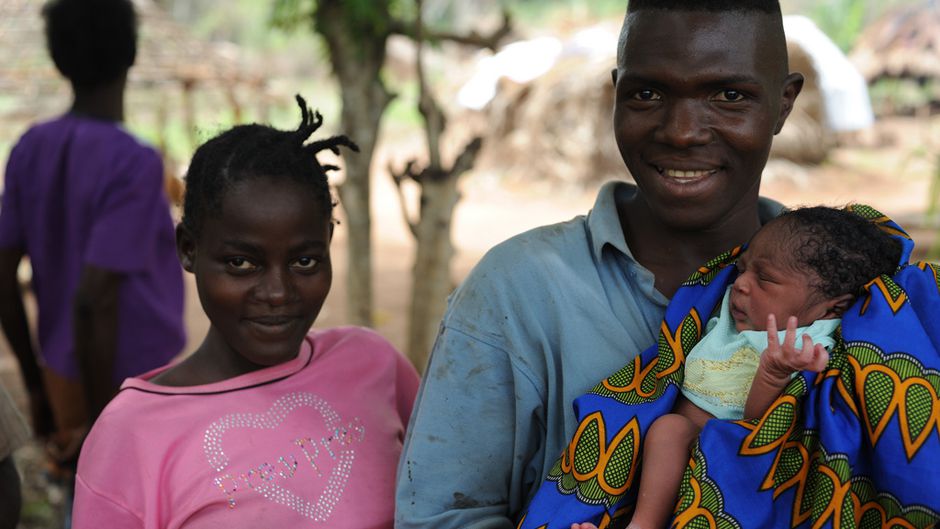 Hawa was eighteen-years old when we met in a dusty, barren refugee camp called El Geneina in West Darfur, Sudan. She was one of dozens of women I interviewed in 2004 about their experience of being raped by the Sudanese armed forces and its proxies.

In a conservative, rural society like Sudan, women prefer euphemisms for rape like “harassed” or “attacked,” but the meaning was clear when Hawa told me, “My life is over. No man will want me so I have no future.”

Rather than finding sympathy after being gang raped, beaten and branded on her breasts like a slave, Hawa was rejected and stigmatized by a society that expected her to die fighting her rapists. As Sudan’s President Bashir declared, “It is not in the Sudanese culture or people of Darfur to rape. It doesn’t exist. We don’t have it.”

His comment reflects a view commonly held in Sudan that a woman who has sex outside of marriage is adulterous or a prostitute.

Since meeting Hawa, I have interviewed many more women in Sudan, Uganda and other parts of Africa, and it’s clear that their harsh treatment is not a war-time exception: it reflects their status in society. The same message emerged from the recent London summit on rape in conflict, hosted by Angelina Jolie and UK foreign minister William Hague. Each session was ostensibly about sexual violence as a weapon of war, but the discussions quickly segued into how girls are socialized to accept their inferior status.

At an orphanage in Patongo, northern Uganda, recently I watched children playing as the female manager explained that hers was a unique institution: it encourages girls to participate in boys’ games. “It’s quite common to prevent girls playing in case they develop an imagination,” she told me, “No one wants a girl with character or imagination.”

Educating only boys; denying women their rights to property, earnings, inheritance or even custody of their children; and selling pre-pubescent girls in marriage to pay their father’s debts are all traditions that continue to reinforce the power of men. Such customs may be at odds with national laws, but legal rights are of little use if women aren’t aware of them.

The other side of the coin

There are clear links between sexual violence and women’s status in society, but the other side of this coin — the definition of masculinity — is important to the transformation of gender roles that underpins safety, security and equality.

In many African countries, especially in rural communities, economic and environmental changes mean that men can no longer fulfil their traditional roles as warriors and hunters. In the absence of other jobs, some are averse to doing what they see as demeaning ‘women’s work’ such as domestic tasks, digging in the fields, and caring for children.

At a dinner held on the first evening of a visit to Rwanda in 2004, I asked three government officials “what do men do in this society? “Nothing,” they chorused, roaring with laughter. This is in a country that is actively promoting a new vision of the role of men within the family and the economy. In South Sudan there is even less debate about what it means to be a man in a rapidly changing society.

For example, the tradition of ‘bride price’ persists, making marriage into a financial transaction that emphasizes a woman’s duty to serve her husband’s family obediently, and to tolerate cruelty and violence so that her parents can keep the cattle that they’ve received for her. This practice also encourages violent bride theft since so few men can pay the bride price that’s required.

Everybody wins when masculinity is re-imagined

Yet there is nothing uniquely African about the dilemmas that face men in societies undergoing rapid transition: former miners and workers in rust belt industries in both the UK and the US have also had to re-skill themselves and redefine their roles, or face a future in which they are no longer valued. How can men be supported to re-imagine their identity under conditions of insecurity?

NGOs such as Network for Africa involve male partners in talking about family planning, alcohol abuse, HIV mitigation, women’s rights and domestic violence. Using positive, local, male role models to tell their stories to an audience of men is also much more effective than having white women delivering ‘sensitivity training’ that’s peppered with NGO jargon, translated into the local language. The Rwandan Men’s Resource Center in Kigali, for example, runs training sessions in male-only groups, followed by other sessions in which female partners also participate.

According to Peace Ruzage of the Aspire Project, also in Rwanda, this kind of work emphasizes what she calls “positive masculinity”: assuring men that they can remain “manly” while being present and involved in their children’s upbringing, avoiding drinking to excess, and not using their fists to express their anger.

After including male partners in training sessions, Ruzage found that 53 percent of the women involved experienced less domestic violence, and 67 percent could discuss birth control with their husbands for the first time. Whereas a father in Rwandan society would traditionally be feared by his family, the work of Aspire and other groups shows that men can change their attitudes when they see that ‘everyone wins’ when they are no longer violent or aloof.

In many societies notions of masculinity and virility are closely intertwined, with men being judged by how many children they sire. By emphasizing the value of having fewer children who grow up healthy and successful — able to provide for their father and mother in their old age — these images can be re-framed. Appealing to self-interest is more effective than pandering to guilt. Tostan, which works to combat Female Genital Mutilation, draws on lessons learned from the Chinese anti-foot-binding campaign that highlighted the medical rather than moral drawbacks of this custom.

Change can also come from simple initiatives such as getting husbands and wives to communicate with each other more effectively. At one of Network4Africa’s projects in a refugee camp on the Chad-Darfur border, men were coached on how to tell their wives why they were upset, before resorting to violence. As one male participant reported the day after coaching, “I asked why there was never any water in our hut. She told me for weeks that she had been trying to get me to sign a camp document that would allow her to bring home our ration of water. But she was too afraid to ask, and I never gave her a chance. Now she can fetch me water every day.”

As Sophie McCann remarks, who ran the training session, “This may not seem like progress from a Western perspective since the man views his wife as his servant, but for the woman concerned, it was a life-changing improvement.”

In other training sessions on gender-based violence in northern Uganda, psychotherapist Barbara Bauer asks men and women to list their responsibilities.

“The men’s list is very short,” she says, “and includes things like inheriting property, defending the home (which they admit they rarely if ever do), building the hut and digging the latrine (which are one-time activities). The list of women’s jobs goes on and on. It isn’t until they see the list in front of them that they realize how much women have to do in comparison to men. That’s when I get them to commit to doing one thing for their wife that evening, like fetching wood for the fire. They come back the next day telling me that for the first time in years they actually had a conversation with their wife.”

Bauer believes that another breakthrough is made when she tells the men that they are the parent that determines the gender of their children. “The majority of them believe the woman is at fault for producing all female offspring,” she told me, and “This is justification for violence and divorce.”

Back at the Aspire project in Rwanda, mass weddings are held twice a year to formalize the women’s legal status so that they can secure rights of custody, inheritance and child support under Rwanda’s relatively progressive laws. A beaming Peace Ruzage helps her fifteen brides into their traditional costumes.

“Men really do want to do the right thing,” she says, “We just help them see that everyone benefits when they get more involved with their families.”

Is Re-defining Masculinity Key in Long-term Security and Equality? by Rebecca Tinsley is licensed under a Creative Commons Attribution-ShareAlike 4.0 International License.
Based on a work at openDemocracy (title changed).

Rebecca Tinsley is the founder of the charity Network for Africa, which works with survivors of war and genocide in Rwanda and Uganda. She is a former BBC journalist and the author of the novel When the Stars Fall to Earth.