Is Seoul the next Great Sharing City? 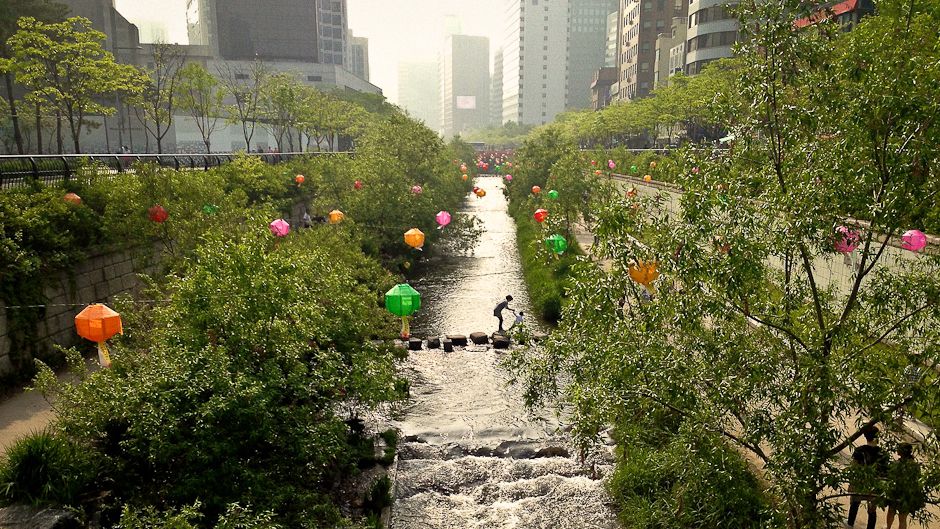 Imagine this scenario: You wake up in a bustling city and have breakfast with the guest you rented your spare room to. You then ride in a shared car to your job where you give tours of the city to out-of-towners. On your lunch hour you participate in a public transportation flash mob and after work you swing by a tool sharing center to finish a project. Once home, you enjoy a community meal at your neighbour’s apartment and spend the evening packing for a trip using borrowed luggage that you found via your smartphone.

Where are you? Would it surprise you if I said Seoul?

One of the great megacities of the world, Seoul, South Korea, is positioning itself to be a model city for sharing. A new, city-funded project called “Sharing City, Seoul” aims to bring the sharing economy to all Seoul citizens by expanding sharing infrastructure, promoting existing sharing enterprises, incubating sharing economy startups, utilizing idle public resources, and providing more access to data and digital works.

Created in September of 2012 as part of the Seoul Innovation Bureau’s plan to solve social, economic and environmental problems in innovative ways, the Sharing City is a move to better the lives of Seoul citizens through sharing. It’s also a way to maximize the city’s resources and budget.

The goal of the Sharing City is to create jobs and increase incomes, address environmental issues, reduce unnecessary consumption and waste, and recover trust-based relationships between people. According to Kim Tae Kyoon, director of Seoul’s Social Innovation Division, the recovery of a sense of community is an important aspect of the project.

“The Sharing City not only creates new jobs, increases income and efficiently uses resources,” he says, “but it will reproduce communities that disappeared, due to rapid urbanization and industrialization, in a modern mode using information technologies and social networking services.”

With more than 10 million people living within 234 square miles, Seoul is in a good position to demonstrate the benefits of tech-enabled sharing. It’s one of the most populous cities in the world and one of the most connected. It has a highly-developed tech infrastructure, widespread public wifi, and 60 percent of South Koreans own a smartphone. 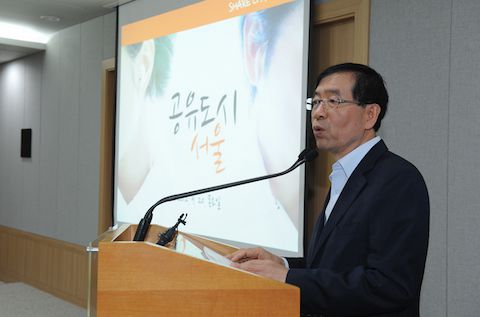 Seoul also faces serious challenges. Overpopulation and urbanization have led to housing, transportation and parking shortages, pollution, and resource overuse. These are issues that other municipalities face, but they’re amplified by Seoul’s population density. The Seoul government, led by Mayor Park Won-soon, http://en.wikipedia.org/wiki/Park_Won-soon who has a history of social activism and innovative problem-solving, has embraced the sharing economy as a way to remedy some of these issues and is taking a proactive approach to utilizing and growing the city’s sharing infrastructure.

One of the first global cities to officially endorse the sharing economy, Seoul is actively working to create a culture of sharing. The below are the key actions the city is taking, all part of a comprehensive plan that encompasses public awareness, business incubation, new regulation, and mobilization of the city’s underutilized assets:

In addition, the city is introducing a 492 vehicle car sharing service; opening select government parking lots and municipal buildings to the public during off-hours and idle days; connecting senior citizens who have extra rooms with students who need a room; installing tool libraries and shared bookshelves in communities throughout the city; and more. 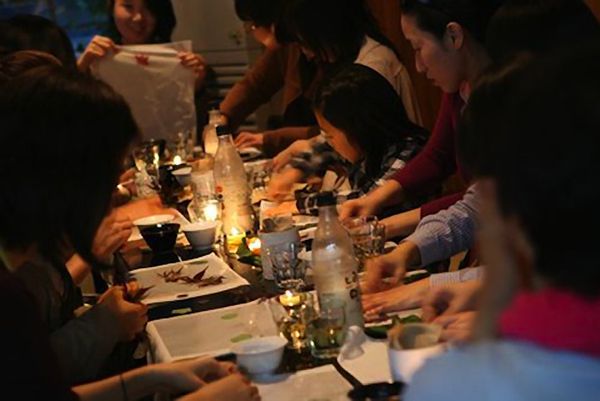 The city has also committed to supporting sharing in the digital realm. Creative Commons Korea (CCK) is an instrumental partner in the city’s plan to share information and resources about the Sharing City project. The organization created and powers a newly launched online portal called ShareHub that serves to educate and inform citizens about the Sharing City, share news about the sharing economy and provide a directory of sharing services.

“The directory will hopefully provide an opportunity for discovery,” says full-time Creative Commons Korea activist Diane DaYe Jung. “People will have the services at their fingertips and it will be more convenient for them look up what they want and need.” She adds, “hopefully, we’ll get people’s attention and let them see how sharing is convenient and more reasonable than traditional consumption…”

Working with CCK also ensures that the sharing spirit extends to digital works including art, photos and public data.

“Government data, public data, is paid for by our taxes,” says Jung. “I think we have good reason to ask them to open that data so that we can freely use it.”

As both a Creative Commons activist and a Seoul citizen, Jung is enthusiastic about the Sharing City project.

“It’s really great to hear that the government is driven by the social motivation of sharing,” she says. “As a Creative Commons activist, I believe that we need to spread the idea of sharing to the general public.” She continues, “as a citizen, it’s great because I’ve always wanted some kind of policy that’s really close to our daily life. The sharing economy provides a lot of affordable options for most of us.”

San Francisco an inspiration, Seoul hopes to inspire Asia and beyond

Inspired, in part, by the sharing economy in San Francisco, and specifically the Sharing Economy Working Group (which Shareable helped launch), a cross-departmental group created to develop model policies for the sharing economy, Seoul also referenced the Policies for a Shareable City reports when developing its Sharing City policies.

Unlike San Francisco however, sharing activities in Seoul’s private sector are “in its infant stage”, says Kim. So the city government is playing a more hands-on role with the development and promotion of sharing enterprises.

Even at this early stage, the Sharing City is proving to be a model for other cities in South Korea. Representatives from Gwangju Metropolitan City and Busan Metropolitan City visited Seoul to learn about the city’s sharing program and have implemented sharing policies in their own cities. 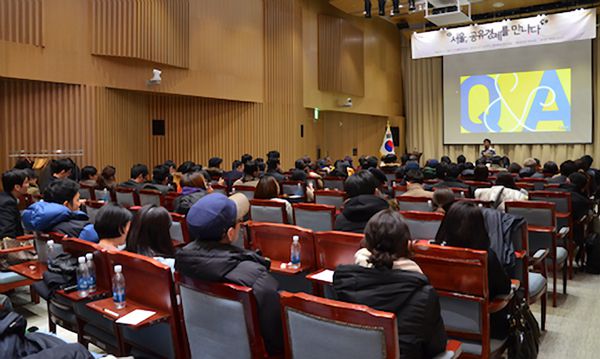 “Other cities actively discuss the Sharing City,” says Kim, “and we expect sharing culture will spread to many other cities in Korea.” He says that the central government notes the relationship between sharing and the creative economy, which is the new Korean president’s core policy.

According to Kim, the Seoul government hopes to exchange and collaborate with other cities abroad to activate sharing. “We wish that Seoul’s sharing city policy can spread to other Asian cities,” he says, “and further, to many other cities in the world.”

“The ultimate goal of Seoul Metropolitan Government’s Sharing City,” he continues, “is to share lives among dispersed people, recover trust and relationships, and shape a warm city in terms of people’s heart.”

Is Seoul the next great sharing city? by Cat Johnson is licensed under a Creative Commons Attribution-NonCommercial 3.0 Unported License.
Based on a work at http://thinkprogress.org/climate/2013/08/28/2546291/community-solar-income/.

Cat Johnson is a freelance writer focused on community, the sharing economy, the commons and music. Publications include Utne Reader, GOOD, Yes! Magazine, Shareable, Instant Magazine, the Santa Cruz Weekly and No Depression. She’s also a music lover and player.

Peer-to-peer Mobility and a Physical Internet

How to Start a Repair Café