Is the Cruz Report the End of Peacekeeping for Japan? 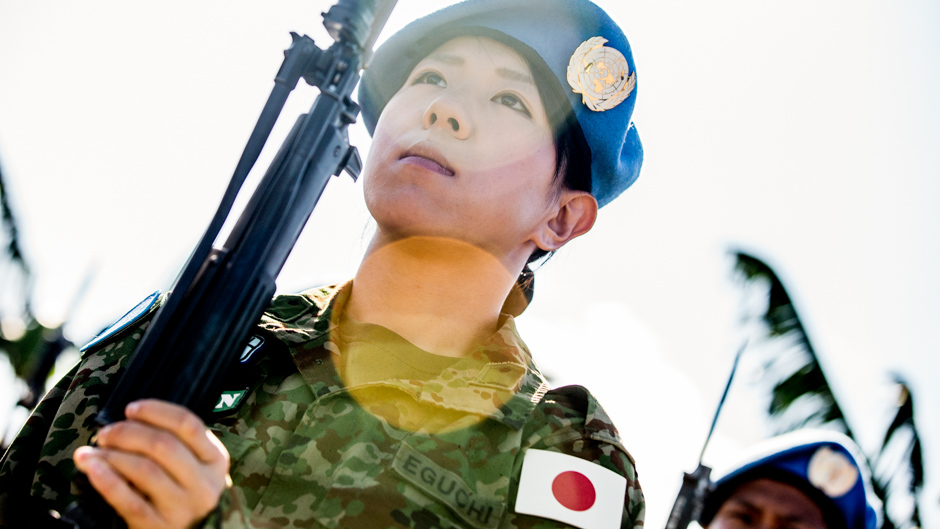 2017 was the most dangerous year in a quarter century for UN-led peacekeeping missions, following a steady trend of increasing attacks on peacekeepers over the past five years. In response, UN Secretary-General António Guterres commissioned former Force Commander Dos Santos Cruz to examine what could be done to limit risks to peacekeepers in today’s conflicts. The resulting report, “Improving Security of United Nations Peacekeepers” (known as the Cruz Report), demands a fundamental shift of peacekeeping toward a more “proactive posture,” requiring that peacekeepers use “overwhelming force” in the face of hostile actors.

This could provide a useful push for the UN, but it will almost certainly complicate Japan’s return to peacekeeping after last year’s withdrawal of its blue helmets from South Sudan. If peacekeeping is heading in the direction of more proactive use of force in the most dangerous conflicts in the world, is there a role for the historically risk-averse Japan? There may be, but Tokyo will need to think creatively if and how Japan is to re-engage in peacekeeping.

Japan has a proud 26-year history of peacekeeping, starting in 1992 when the Diet enacted a law enabling Self-Defence Forces to take part in U.N. peacekeeping missions. However, Japanese participation in peacekeeping took place within tight constraints set by the nation’s war-renouncing Constitution, the restrictive peacekeeping legislation (limiting deployment to settings in which a cease-fire is in place and use of force is limited to self-defense), and the Japanese population’s strong aversion to putting Japanese soldiers at risk in foreign conflicts. Although Japan has deployed approximately 10,000 personnel to peacekeeping missions since its initial engagement in Cambodia, these restrictions have tended to keep Japanese forces from operating on the front lines of missions and limited them to non-combat activities such as engineering and logistics.

In 2015, there was a significant shift, when the controversial security legislation was enacted, loosening the straightjacket on SDF peacekeepers by enabling wider weapons usage and shifting from a paradigm of only using weapons for self-defense purposes toward the “use of weapons for the purpose of execution of missions.” The following year, a new mission was added to the mandate of SDF troops deployed in the U.N. Mission in South Sudan (UNMISS), allowing them to “rush and rescue” other U.N. units, NGO staff and civilians in danger.

These increased responsibilities should have positioned Japanese troops to engage more actively in the face of the escalating civil war in South Sudan. However, the opportunity to try out this new role never arose, as they were withdrawn by the government only months later.

And although Japan provides major funding to peacekeeping — including more than $40 million to build the capacity of African troop-contributing countries — they have not found a way to deploy troops to any other U.N. missions after South Sudan.

Even before the Cruz report, Japan was struggling to find re-entry points into peacekeeping. The countries hosting today’s major peacekeeping missions — in Darfur, South Sudan, Central African Republic, Democratic Republic of the Congo and Mali — are mired in active conflict and the overwhelming needs of these missions are for mobile, robust troops, willing to take on significant risks. While some of the other U.N. missions — such as UNIFIL in southern Lebanon or even UNDOF in the Golan — might have seemed like a safe bet in previous years, deep uncertainty about the trajectory of the Middle East and the broader regional risks are likely to make Tokyo’s leadership pause before committing themselves there. And the safe missions in places like Cyprus do not have a demonstrable need for the capacities Japan is ready to provide.

The Cruz report makes Japanese troop engagement in peacekeeping even less likely. Its open call for “more proactive and pre-emptive” actions collides with Japan’s legal limitations on use of force. In addition, the Cruz report’s acknowledgement that “casualties will continue to occur and will even increase” is almost certain to make Japanese politicians wary in light of the public’s lukewarm support for deploying blue helmets to risky settings (only 32 percent of the Japanese population supported the SDF’s limited role in South Sudan).

More specifically, the Cruz report has directly called for an end to the practice of adding onerous caveats to troop contributions, which have been used by a wide range of countries including Japan to limit the types of activities they are willing to undertake. Again, the message is clear: The U.N. desires troops ready and willing to respond without qualification to some of the riskiest situations on earth.

The case for re-engagement

In this context, one course of action for Japan might be to suspend its active participation in U.N. peacekeeping for the time being and wait for future missions to be deployed with more attractive operating environments. However, this option would be a loss not only for the U.N. but also for Japan and, given the trend of peacekeeping toward more dangerous settings, might mean a long wait.

Second, peacekeeping offers a rare opportunity for the SDF to gain experience alongside other militaries, including NATO members, who are providing the backbone of the Mali mission and others.

Finally, Japan has a stated interest in supporting efforts to stabilize the countries that can become safe havens and breeding grounds for transnational criminal and terrorist groups. This recognition that U.N. peacekeeping serves Japanese interests drove Prime Minister Shinzo Abe to serve as co-chairman of the U.N.’s 2015 peacekeeping summit, in which Japan made concrete commitments.

But how, in the “Cruz era” can Japan revive these commitments? One important way is by looking to provide key enabling capacities to peacekeeping, which could make a significant difference without putting Japanese troops in harm’s way.

For example, peacekeeping is currently facing a dire need of mobility assets, including aviation assets and drones, as well as intelligence capacities. Japanese contributions within these areas, along with heavy lift and medical evacuation capacities (“medevac”), could be an effective and tangible way for Japan to fill an immediate need in peacekeeping.

Another, less glamorous but just as important contribution would be for Japan to look for visible ways to play a lead role in the secretary-general’s Action for Peacekeeping Agenda, which has a strong focus on improving equipment and training for peacekeepers (something Japan does exceptionally well).

The Cruz report appears to have narrowed Japan’s path to peacekeeping, but, importantly, a path does exist. Furthermore, it is clear that Japan wishes to get back in the peacekeeping game. For this to happen, it will take vision and leadership among the political leadership in Tokyo, and a willingness to explore new ways to enable peace.

Emma Hutchinson is a Research Assistant at the UNU Centre for Policy Research. She specialises in issues surrounding global security, weapons of mass destruction, migration and identity. She has a Bachelor of Arts (International Studies) from RMIT University, Australia.