Is the Exit from Capitalism Ahead? 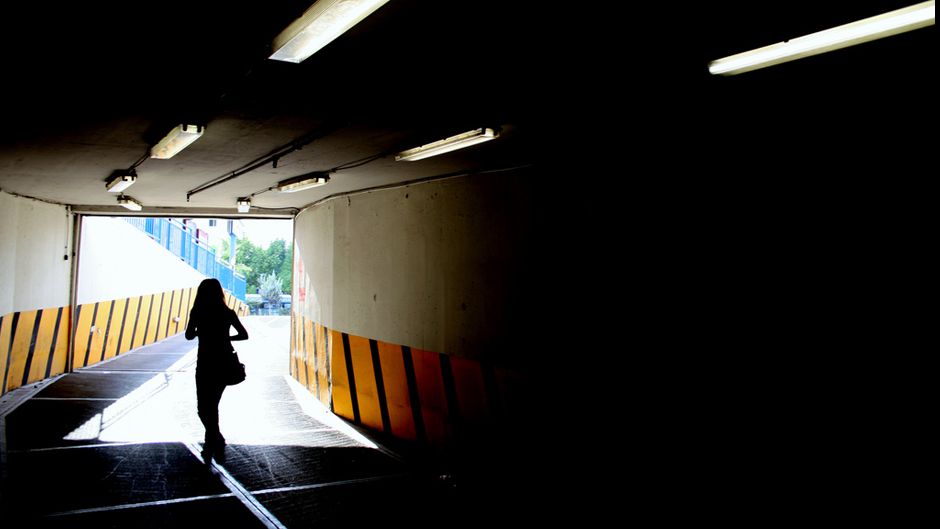 In an amazingly prescient essay, “The Exit from Capitalism Has Already Begun” journalist and social philosopher André Gorz in 2007 explained how computerization and networks are causing a profound crisis in capitalism by making knowledge more shareable. He argues that shareable knowledge and culture undercuts capitalist control over the global market system as the exclusive apparatus for production and consumption (and thus our “necessary” roles as wage earners and consumers).

The essay, translated by Chris Turner, originally appeared in the journal EcoRev in Autumn 2007 and was reprinted in Gorz’s 2008 book Ecologica. It’s worth revisiting this essay because it so succinctly develops a theme that is now playing out, one that Jeremy Rifkin reprises and elaborates upon in his 2014 book The Zero Marginal Cost Society.

Let’s start with the conundrum that capital faces as computerization makes it possible to produce more with less labour.  Gorz writes:

The cost of labour per unit of output is constantly diminishing and the price of products is also tending to fall. The more the quantity of labour for a given output decreases, the more the value produced per worker — productivity — has to increase if the amount of achievable profit is not to fall. We have, then, this apparent paradox: the more productivity rises, the more it has to go on rising, in order to prevent the volume of profit from diminishing. Hence the pursuit of productivity gains moves ever faster, manpower levels tend to reduce, while pressure on workers intensifies and wage levels fall, as does the overall payroll. The system is approaching an internal limit at which production and investment in production cease to be sufficiently profitable.

Over time, Gorz explains, this leads investors to turn away from the “real economy” of production, where productivity gains and profits are harder to achieve and instead seek profit through financial speculation in “fictitious” forms of value such as debt and new types of financial instruments. The value is fictitious in the sense that loans, return on investment,  future economic growth, trust and goodwill are social intangibles that are quite unlike physical capital. They depend upon collective belief and social trust and can evaporate overnight.

Still, it is generally easier and more profitable to invest in these (fictitious, speculative) forms of financial value than in actually producing goods and services at a time when productivity gains and profit are declining. No wonder speculative bubbles are so attractive:  There is just too much capital is sloshing around looking for profitable investment which the real economy is less capable of delivering.  No wonder companies have so much cash on hand (from profits) that they are declining to invest. No wonder the amount of available finance capital dwarfs the real economy. Gorz noted that financial assets in 2007 stood at $160 trillion, which was three to four times global GDP — a ratio that has surely gotten more extreme in the past eight years.

A whole host of convergent indices suggest that the surpassing of this society that is based on commodities, wages and money is already under way, and that the chances of a civilized exit from capitalism depend primarily on our capacity to discern the trends and practices that herald its possibility.

Meanwhile, climate change adds yet another layer of difficulty because it virtually requires an abrupt retreat from capitalism, as Naomi Klein argues in her recent book This Changes Everything. Gorz made this point quite clear:

“It is impossible to avoid climate catastrophe without a radical break with the economic logic and methods that have been taking us in that direction for 150 years. On current trend projections, global GDP will increase by a factor of three or four by 2050. But, according to a report by the UN Climate Council, CO2 emissions will have to fall by 85% by that date to limit global warming to a maximum of 2°C. Beyond 2°C, the consequences will be irreversible and uncontrollable.

“Negative growth is, therefore, imperative for our survival. But it presupposes a different economy, a different lifestyle, a different civilization and different social relations. In the absence of these, collapse could be avoided only through restrictions, rationing, and the kind of authoritarian resource-allocation typical of a war economy. The exit from capitalism will happen, then, one way or another, either in a civilized or barbarous fashion. The question is simply what form it will take and how quickly it will occur.

“To envisage a different economy, different social relations, different modes and means of production and different ways of life is regarded as “unrealistic,” as though the society based on commodities, wages, and money could not be surpassed. In reality, a whole host of convergent indices suggest that the surpassing of that society is already under way, and that the chances of a civilized exit from capitalism depend primarily on our capacity to discern the trends and practices that herald its possibility.”

This is where the many initiatives and movements that revolve around the commons, peer production, the solidarity economy, co-operatives, Transition Towns, degrowth, the sharing and collaborative economy, and much else, come in. These are all harbingers of a different way of meeting everyday needs without becoming ensnared in utopian capitalist imperatives (constant growth, ever-increasing productivity gains, profits from the real economy). Pursuing this path ultimately destroys a society, as we can see from years of austerity politics in Greece.

In other words, the most promising way to resolve the capitalist crisis of our time is to start to decommodify production and consumption – i.e., extend and invent non-market ways to meet our needs.  Indeed, we need to reconceptualize “production” and “consumption” themselves as separate categories, and begin to re-integrate them — and our role as actors in them — through commons-based peer production.

Fortunately, the Internet and digital technologies are enormously helpful in this process. They are already converting proprietary knowledge, know-how, and branded products into freely shareable public knowledge, via commons. This is the basis for a different kind of economy, one that can transcend the anti-social, anti-ecological imperatives that prevail today.

Despite the explosion of expenditure on marketing and advertising, the hold that corporations have over consumers is becoming more fragile. The trend towards self-providing is gaining ground again as a result of the increasing proportion of immaterial contents in the nature of commodities.

Gorz reminds us that innovation is less about meeting real needs than about creating monopoly rents:  “The proportion of the price of a commodity that is rent may be ten, twenty or fifty times larger than its production cost. And this is true not only of luxury items; it applies also to everyday articles like trainers, T-shirts, mobile phones, CDs, jeans, etc.”  That is why so much innovation is focused not on utility or even profits per se, but on inventing new forms of rent:

“Everything in [the proprietary market] system stands opposed to the autonomy of individuals, to their capacity to reflect together on their common ends and shared needs, to agree on the best way of eliminating waste, to conserve resources, and to develop together, as producers and consumers, a common norm of “the sufficient” — or of what Jacques Delors has called a “frugal abundance”. Quite clearly, breaking with the ‘produce more, consume more’ trend and redefining a model of life aimed at doing more and better with less presupposes breaking with a civilization in which we produce nothing of what we consume and consume nothing of what we produce; in which producers and consumers are separated, and in which everyone is opposed to herself in as much as she is always both producer and consumer at the same time; in which all needs and all desires lead back to the need to earn money and the desire to earn more; in which the possibility of producing for one’s own consumption seems — wrongly — out of reach and ridiculously archaic.

“And yet ‘the dictatorship over needs’ is losing its power. Despite the explosion of expenditure on marketing and advertising, the hold that corporations have over consumers is becoming more fragile. The trend towards self-providing is gaining ground again as a result of the increasing proportion of immaterial contents in the nature of commodities. The monopoly on supply is gradually slipping away from capital.”

Is the Exit from Capitalism Ahead? by David Bollier is licensed under a Creative Commons Attribution 4.0 International License.

David Bollier is an author, activist, blogger and consultant who spends a lot of time exploring the commons as a new paradigm of economics, politics and culture. He is co-founder of the Commons Strategies Group, co-founder of Public Knowledge, and was founding editor of Onthecommons.org. He now blogs at Bollier.org. A Senior Fellow at the Norman Lear Center, Bollier is the author of twelve books, including Brand Name Bullies and Silent Theft, Viral Spiral: How the Commoners Built a Digital Republic of Their Own and more recently, Think Like a Commoner:  A Short Introduction to the Commons.