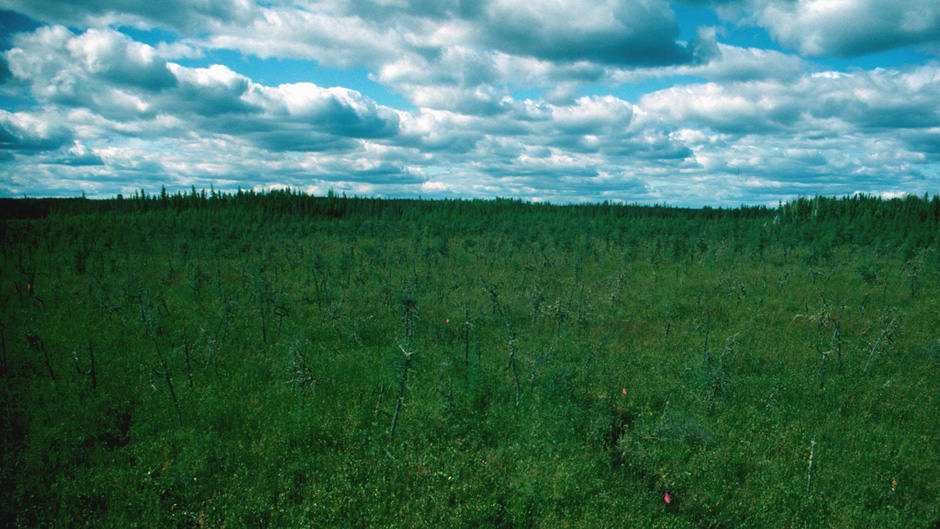 A new international study offers a worrisome answer to the question of why global levels of methane — one of the most potent heat-trapping greenhouse gases — have begun rising again in recent years.

The study, “A synthesis of methane emissions from 71 northern, temperate, and subtropical wetlands,” finds that the rise “likely stems from wetland emissions.”

The news here is that while scientists had thought methane emissions from the wetlands would be largest in the tropics, in fact northern wetlands (such as the fens, Canada’s most common form of wetland) are also major contributors, as the 19-author study concludes. The lead author, Canadian Prof. Merritt Turetsky, explained:

“But our analyses show that northern fens, such as those created when permafrost thaws, can have emissions comparable to warm sites in the tropics, despite their cold temperatures … Not only are fens one of the strongest sources of wetland greenhouse gases, but we also know that Canadian forests and tundra underlain by permafrost are thawing and creating these kinds of high methane-producing ecosystems.”

This is exceedingly worrisome for three reasons. First, the permafrost contains twice as much carbon as the atmosphere does today. Second, the Intergovernmental Panel on Climate Change (IPCC) reported last year that methane (CH4) is a far more potent greenhouse gas than we had previously realized — a stunning 86 times more potent than carbon dioxide over a 20-year time frame. Third, since warming permafrost releases methane that in turn increases the rate of global warming, this process represents a positive or amplifying carbon cycle feedback.

“Not only are fens one of the strongest sources of wetland greenhouse gases, but we also know that Canadian forests and tundra underlain by permafrost are thawing and creating these kinds of high methane-producing ecosystems,” says lead author Prof. Merritt Turetsky.

“The permafrost carbon feedback is one of the important and likely consequences of climate change, and it is certain to trigger additional warming … Instead of reducing emissions, we currently are on track with the most dire scenario considered by the IPCC.”

So permafrost thawing is “certain to trigger additional warming” — and yet the super-conservative IPCC modelers ignored any warming impact from the permafrost! This in spite of the fact that the IPCC itself concluded in its recent assessment of climate science:

“It is virtually certain that near-surface permafrost extent at high northern latitudes will be reduced as global mean surface temperature increases. By the end of the 21st century, the area of permafrost near the surface (upper 3.5 m) is projected to decrease by between 37 percent (RCP2.6) to 81 percent (RCP8.5) for the model average.”

While the IPCC modelers failed to incorporate this catastrophic loss of the top ten feet of permafrost, other researchers didn’t. One major 2012 study found that the carbon feedback alone from thawing permafrost will add up to 1.5°F to total global warming by 2100.

This new research is yet more evidence that given our do-little path climate policy, we are headed towards 10°F (6°C) warming compared to preindustrial levels, which is terra incognita for terra firma and its inhabitants.

Maria and the Ukok Princess: Climate Change and the Fate of the Altai