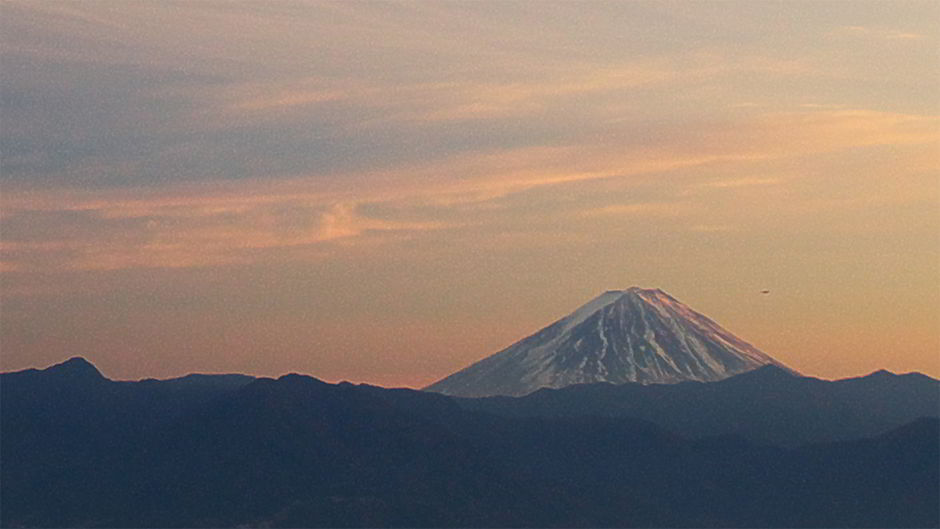 Isn’t it time for Japan to wake up to the reality of peak oil?

Put simply, peak oil is the point when the maximum rate of global petroleum extraction is reached. After peak, the rate of production enters terminal decline. It is a daunting prospect for our modern civilization that relies so heavily on this magical substance (we talked about this in Peak Oil: What does it mean to you?).

Japan has a 49% dependence on oil for its primary energy supply and an 80% dependence on fossil fuels (which includes oil, natural gas and coal). From an energy security perspective, Japan’s economy, the second largest in the world, is increasingly vulnerable as peak oil approaches.

So what is the Japanese government doing to prepare for the reality of peak oil?

We raised this question with Hidenobu Teramura of the petroleum policy division at the Ministry of Economy, Trade and Industry (METI). Through the busy corridors of METI in Tokyo, bustling with government officials, we had to shuffle around before we found a spare meeting room.

Teramura’s job is to monitor oil prices. When we talked to him about the predicted scarcity of oil in the future, he responded by stressing the importance of “price stability.” What is really needed, he told us, are more stable prices that support long-term planning and energy investments. But is that really feasible?

Last July’s surge in oil prices jolted the global economic system and hit consumers hard. We increasingly heard people declare that the era of cheap oil is over. Yet by December, oil prices had crashed and started hurting oil producers. Moreover, new investments in the industry also collapsed as a result of the financial crises.

But we know that in a worst-case scenario, much higher oil prices could revisit the global economy sooner rather than later, and therefore uncertainty remains.

The year 2020 is not very far off! That would give Japan just over eleven years to make significant progress in transitioning to a post peak oil world.

Surely there should be more of a sense of urgency? We were reminded of the need for early action set out by Robert L. Hirsch back in February 2005 in a report he prepared for the US Department of Energy, entitled Peaking of World Oil Production.

In his conclusions, Hirsch gave three scenarios in the transition to the post-peak:

While in recent years we have witnessed some tentative steps by national governments to shift their energy supply mix and set more ambitious targets for renewables, the starting point is low.

Renewables represent just 18% of global power generation. Recognizing this, in February 2009 the executive director of the IEA, Nobuo Tanaka, called for an increase in this proportion to 50% by 2050. Sweden, one country taking this challenge very seriously, is aiming to produce 50% of its energy from renewable sources by 2020.

The comparable figures for the whole of the EU and for India are 20% by 2020, while China is aiming to produce 16%. The United States now has a bill before Congress that calls for 25% to come from renewable sources by 2025.

A few days later, we talked about renewable energy with Toshikazu Masuyama, Director in the Policy Planning Division of the Energy Conservation and Renewable Energy Department at METI.

We were sitting at a small table in a crowded room where every desk was stacked with papers and everyone looked very busy. Passionate about his work, Masuyama and his colleagues routinely work late, often until midnight.

His challenge is to promote the growth of renewable energy and he approaches it with enthusiasm. Only ten months in this post, he seems to have a constant stream of visitors and recently appeared in a national television programme on Japan’s Green New Deal.

With respect to solar power generation, we know that Japan is second in the world (overtaken a couple of years ago by Germany). It generated 1,919 MW in 2007 in comparison to Germany’s 3,862 MW. Plus, plans are in place to make a solar comeback, he said, with the new economic stimulus package (more on this later).

In 2007, wind power generation stood at 1,538 MW. It is true that Japan is gradually slipping down the league table of installed wind power capacity (see Plugging into Wind) and is now in 13th place.

According to Masuyama, this is because Japan’s geography and population distribution are not suited to widespread adoption of wind power. He produced a map to back up his argument that the best sites for wind are located far from the centres of population.

So what is Japan doing about peak oil?

Let’s be clear. Japan does not have an official position on peak oil. However, it has just submitted two new bills to the Diet (the parliament) specifically aimed at reducing dependence on fossil fuels and promoting “alternative” energy.

METI projections in May 2008 show that Japan can reduce oil dependency to 35% by 2030 (in a maximum effort scenario). For officials like Masuyama and Teramura however, the main challenge is tackling these energy constraints and meeting these targets while also ensuring businesses remain competitive. This is a very tricky balancing act.

The least risky approach is to promote nuclear and solar energy, and push strongly for greater energy efficiency. However, with solar production, the competition is getting stronger especially from China, which became the second largest solar cell-producing nation after Japan in 2007.

Wind power is a less attractive option for the Japanese Government for the reasons mentioned above. However, with peak oil fast approaching, it may be worthwhile revisiting all past assumptions and keeping all energy options open.

In the “maximum effort scenario” prepared by METI, it appears that Japan could reduce total energy consumption by 12% by 2030. In this scenario renewables would grow to 11.1% of primary energy supply, with nuclear power growing to nearly 49%. 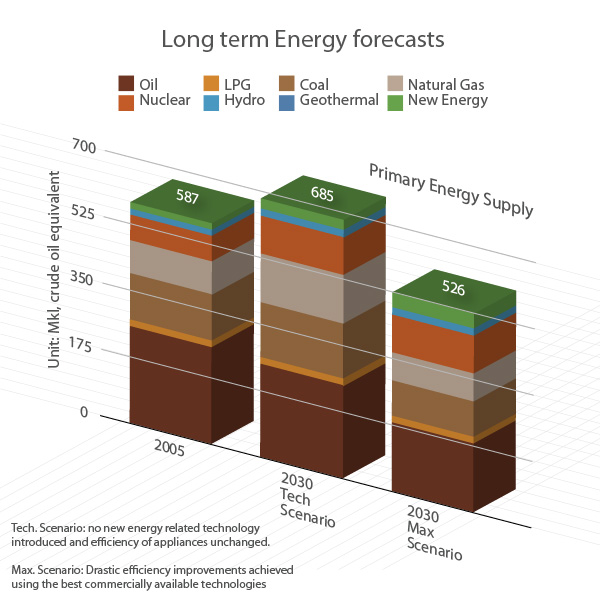 In April, a new economic stimulus package was announced that includes significant investments in environmental and energy initiatives. For example, a 20-fold increase in solar power installations is proposed and the sales of eco-friendly vehicles should increase to 50% of all vehicles sold by 2020.

To some extent, these combined measures may cushion Japan from the initial impacts of peak oil. But more ambitious and courageous policies will be needed. The pace is quickening and Japan is just one of many countries not moving fast enough to catch up.

In the transition to a post peak oil world, Japanese government officials could face the prospect of many more late nights in the office looking for answers, especially if there are only 11 years to peak oil, as the IEA predicts. If the pessimists are correct, then peak oil could be upon us sooner and the implications more dire.

It is a race against time and providence.

Japan, Waking Up to Peak Oil? by Brendan Barrett is licensed under a Creative Commons Attribution-NonCommercial-ShareAlike 3.0 Unported License.
Based on a work at http://ourworld.unu.edu/en/japan-and-peak-oil/.