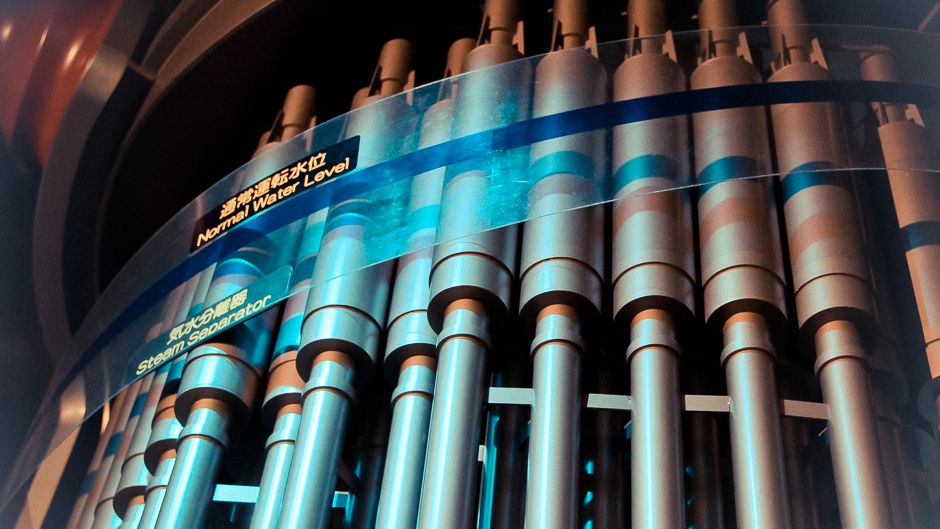 On Wednesday Japan’s Ministry of Economy, Trade and Industry approved a 10-year business plan for Tokyo Electric Power Company (TEPCO), owner of the Fukushima Daiichi nuclear plant in northeast Japan that went into meltdown after being devastated by an earthquake and tsunami off Japan’s eastern coast nearly three years ago.

The plan is TEPCO’s second attempt at proposing a new path forward. The first plan was discarded after it was made clear that the Kashiwazaki Kariwa nuclear plant could not be restarted, which would help relieve the cost of using fossil fuels to generate power. The new plan involves switching back on some of the reactors at the Kashiwazaki plant, which is the largest in the world.

TEPCO, Japan’s largest utility, is under huge financial pressure and is fighting to survive. The company is majority owned by the Japanese government after receiving a previous bailout. If the company goes under it could have ripple effects across Japan’s fragile economy.

The new plan also makes deeper cuts to operation costs and staff than the previous version. TEPCO is hamstrung by high electricity production costs combined with the costs of cleaning up the Fukushima nuclear plant, decommissioning other plants and providing financial assistance to those impacted by the disaster. As of last October, some 83,000 nuclear refugees evacuated from the worst-hit were still unable to go home.

The last of Japan’s 50 nuclear reactors was halted for maintenance in September, leaving the nation without nuclear energy for the first time since July 2012. There is strong public opposition to restarting nuclear plants, however the current Prime Minister, Shinzo Abe, has argued that nuclear power is necessary for powering Japan’s economy. Currently Japan imports about 84 percent of its energy requirements, which is costly both economically and environmentally. Before the Fukushima meltdown Japan produced about 30 percent of its energy from nuclear power, and had a plan to raise that to 50 percent by 2030.

Before restarting the Kashiwazaki reactor, TEPCO must get permission from local politicians, including the local governor in Niigata, Hirohiko Izumida. According to Agence France-Presse: “Governor Hirohiko Izumida remains critical of TEPCO, and has demanded the utility first explain to him exactly what happened at the Fukushima plant before seeking his permission to restart reactors in his region.”

The Japanese government recently admitted that it was hopelessly behind in the Fukushima cleanup schedule, which will take decades to dismantle and require the use of new technologies.

For instance in September, TEPCO detected high levels of radioactivity in contaminated groundwater around the Fukushima plant. To address the issue, the government is spending close to $500 billion to build a subterranean “ice wall” to prevent leaks from spreading.

The future of nuclear power in Japan will face a referendum next month during the Tokyo gubernatorial election. On Tuesday former Prime Minister Morihiro Hosokawa announced he will run in the election on a “zero nuclear” agenda.

Hosokawa has the support of another former Prime Minister, Junichiro Koizumi, who went from being a strong nuclear advocate to an anti-nuclear proponent after the 2011 nuclear crisis. In a October speech, Koizuma said that Japan “should rid itself of its atomic plants and switch to renewable energy sources like solar power”.

In an interview about the approval of TEPCO’s plan with Democracy Now!, foreign correspondent David McNeill said that Koizumi conversion was remarkable “because he was a conservative prime minister”.

“And what we hear is that even among the conservative LDP, the party of the current prime minister, Shinzo Abe, up to, well, 30 to 50 percent — is the number we’re hearing — of the lawmakers in that party are also in favor of scrapping nuclear power. But the lobby, the nuclear lobby, is very powerful, and they’re winning the game for now.”

In November the current government slashed Japan’s 2020 greenhouse gas emissions reductions target from 25 percent to just 3.8 percent based on 2005 figures, blaming the reduction in ambition on the Fukushima disaster.

The removal of nuclear energy from Japan’s energy mix has also helped lead to a revival of solar power, with the country experiencing a projected 350 percent solar market growth from 2012 to 2013. Need for land, lack of grid access, and lack of qualified engineers and construction companies is what’s holding back further growth. Japan was already expected to be the world’s largest solar market in terms of revenue last year.

This article was produced by Climate Progress and appears with permission.