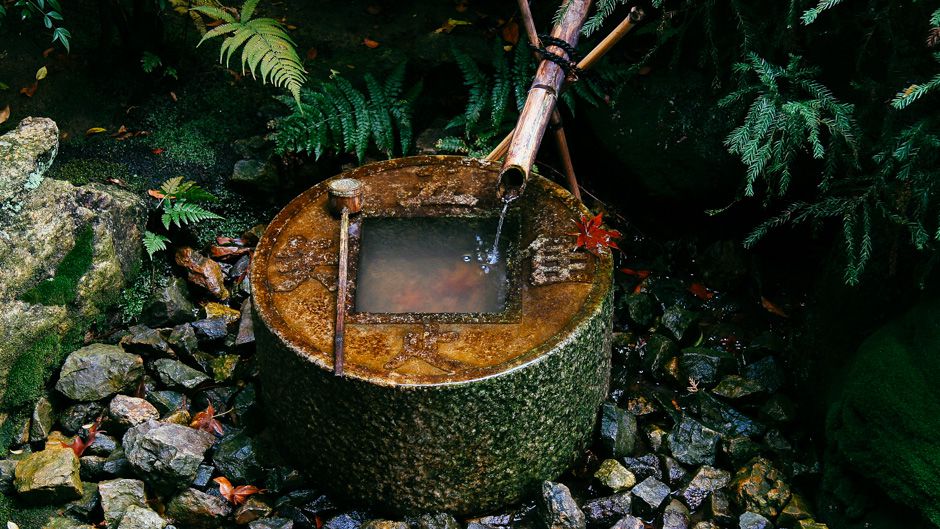 I am struggling to come to terms with the possibility that Japan may economically be the “new normal”. By “new normal” I mean a situation where the economy is in recession for prolonged periods of time, seeing only fleeting periods of growth. My struggle relates to the fact that conventional wisdom would suggest that after two decades of recessionary tendencies, Japan should be an economic and societal wreck. But quite the opposite is the case. In many respects Japan seems to be doing fine.

Now what leads me to this latter conclusion? I was struck in particular by the findings of the 2012 Inclusive Wealth Report from the International Human Dimensions Programme on Global Environmental Change (IHDP). Set up as an alternative to gross domestic product (GDP), the Inclusive Wealth Index reflects the state of natural resources, the economy and ecological conditions, the population’s health and productive capacity, and measures whether or not national policies are sustainable.

In the report, the authors looked at various indicators in 20 countries, including Japan, over the period from 1990 to 2008, and I was surprised to read the following:

“Japan depicts the most favorable situation, as it is experiencing wealth accumulation while at the same time increasing its natural capital stocks. This has been achieved primarily through investment in the forest sector. This position is also explained by a slower population growth rate in relation to other nations. This is to a large extent supported by the recent assessment of Japan’s ecosystem services…”

We should recognize that the Inclusive Wealth Index is still in development and, for those who wish to learn more, there will be an event on the topic at United Nations University in Tokyo on 7 January 2013.

The point I am trying to make here is that if we look at Japan through our conventional lens, that is GDP growth, we end up concluding that the past two decades were effectively stagnant, but from this new perspective things look very different.

This is where our journey begins…

We are naturally attracted to the status quo, which is very often taken to mean times of economic growth. We feel very uncomfortable with times of economic difficulty, partly because we witness the pain and hardship experienced by many around us and partly because we ourselves feel vulnerable. So we yearn for those normal days of growth to return.

Back in 2008, just after the financial crisis, I had a conversation with my bank manager in the United Kingdom. She was complaining about how terrible the situation was and explained how she could not wait for things to “get back to normal again”. For her, “normal” meant a situation of banking profits, growing investment opportunities and satisfied customers. The likelihood of normality not returning would never cross her mind — it seemed a given.

Four years later, after a double-dip recession and with a potential triple dip on the horizon, the return to normality across the globe appears still a distant prospect. In this context, it is easy to understand how in recent years an increasing number of commentators suggest that we are witnessing the end of growth. There is Richard Heinberg, from the Post Carbon Institute and author of The End of Growth, who states that “economic growth as we have known it is over and done with”.

[quote quote=”Experts argue that we are facing the end of global growth and our institutions, policies and individual behaviours and aspirations are going to have to change.” type=”text” ]

Jeff Rubin, former Chief Economist with CIBC World Markets, who also has a book with the title The End of Growth, argues that the real engine of economic growth has always been cheap, abundant fuel and resources. But that era is over.

Energy and finance expert Nate Hagen in a recent lecture also argues that we now face the end of global growth and — although we in advanced economies are still incredibly rich — our institutions, policies and individual behaviours and aspirations are going to have to change.

Both books and Nate Hagen’s lecture present a rather bleak and depressing assessment of our current situation. We are given three reasons as to why economic growth may be a thing of the past: over-consumption of resources, negative environmental impacts like climate change, and debt. We appear to have maxed out, or to be close to maxing out, the global economy and the biosphere.

In response, Heinberg argues that we need to create a “new normal” that fits within the constraints imposed by depleting natural resources, especially the peaking of conventional oil production. Instead he calls for a “healthy equilibrium economy” operating within the planetary budget of sustainably extractable resources and warns that if we try to hang on to the “old normal” we may find ourselves locked into persistently high unemployment, widening inequality and worsening environmental crises.

Heinberg’s thinking, in particular, is very similar to that of Tim Jackson, Professor of Sustainable Development at the University of Surrey and author of Prosperity without Growth – Economics for a Finite Planet. Jackson calls for the redefinition of prosperity to something that is more meaningful, less materialistic and less reliant on growth.

But are these proposals from Heinberg and Jackson anything other than good ideas?

Japan has come to be viewed as exemplifying the type of economic malaise that the industrialized West should desperately seek to avoid. Many commentators refer to Japan’s whole 1990s and 2000s experience as the Lost Two Decades. When the bubble economy burst in 1989, the stock market collapsed, a debt crisis followed and the government had to bail out the banks. Sound familiar? Two decades later, the Japanese economy is stuttering along, perhaps even going into recession once more.

Robert Samuelson, writing in the Washington Post, argues that Japan faced three major structural problems: 1) The country’s basic economic model depending on export-led growth is broken; 2) the population is in decline and aging; and 3) government debt exceeds 200 percent of GDP.  He concludes by stating that the “loss of economic dynamism changed both the nature of its prosperity and the national condition”. So, if Samuelson is correct, the Japanese are in the process of redefining what they mean by prosperity.

[quote quote=”If we look at Japan through a conventional lens, we end up concluding that the past two decades where effectively stagnant, but from this new perspective things look very different.” type=”text” ]

I would tend to agree with Samuelson, but since I am not an economist I cannot back this assertion up with reams of data. In my view, this reappraisal is also very much an undercurrent rather than mainstream and appears in various forms, for instance in the Mottaniai Society. I really like the Wikipedia definition of Mottaniai:  a Japanese term meaning “a sense of regret concerning waste when the intrinsic value of an object or resource is not properly utilized”. It gives the strong impression that something other than a GDP-growth-at-all-costs fixation is at play in parts of Japanese society.

But this undercurrent has not touched all Japanese and results from the most recent national elections in December 2012 showed how the majority of people basically voted for economic reform in an effort to escape from those “decades of stagnation”.

Whether reform will be forthcoming and effective is another question. In the years ahead we are likely also to see more reflection upon what Japan’s transition to the “new normal” might actually look like. And remember, this “new normal” will be the future path for most industrialized and industrializing countries, if people like Heinberg, Rubin, Nagen and Jackson are correct.

But the reality is that the new normal may not be as stark as we might expect. There are some who suggest that Japan has not lost anything at all — echoing the findings of the Inclusive Wealth Report. According to financial journalist Anthony Hilton, “Japanese exports increased by 73 percent during the ‘lost decade’ and electricity usage — a key indicator of economic activity — increased by 30 percent. By 2006, Japan’s exports were three times what they were in 1989. As in The Wizard of Oz, being ‘lost’ might not be so bad after all.”

Over at the New York Times, Eamonn Fingleton argues that in recent decades “Japan has succeeded in delivering an increasingly affluent lifestyle to its people despite the financial crash. In the fullness of time, it is likely that this era will be viewed as an outstanding success story.”

He points out that average life expectancy grew by 4.2 years in the period from 1989 to 2009 while unemployment remains at 4.2 percent, about half that of the United States (US). He also states that the current account surplus has grown threefold since 1989, standing at US$196 billion in 2010.

[quote quote=”Japan has succeeded in delivering an increasingly affluent lifestyle to its people despite the financial crash.” type=”text” ]

Now not everyone agrees with this assessment and some point to the growth in youth unemployment, the falling ratio of population in employment and the fall in the average annual hours worked per person employed as indicators of future possible problems. As we would expect, the picture is confusing because we are in a transitionary period from a growth economy to something else, perhaps a steady-state economy. It is going to take some time before the situation becomes clear to all involved.

Yet it is important to recognize that Japan continues to invest in infrastructure, to maintain its facilities and to generally keep public places clean and safe. There is still a strong sense of civic pride and social cohesion in the face of economic difficulties. That is not to say that everybody is doing just fine and there are no problems, but the way that the Japanese people pull together in times of crisis is something to be admired.

One strong proponent of an alternative viewpoint on how Japan is faring is Junko Edahiro, who set up the Institute of Studies in Happiness, Economy and Society (ISHES) in 2011. She argues that:

“We live not for economic growth. We live for happiness in our daily lives and we hope generations to come can enjoy their happiness. Economies and societies should do something to serve this purpose and should take on different forms and structures if they fail to meet their goals.”

This begs the question: if we are witnessing the end of economic growth, not only in Japan but globally, what are the new forms and structures of economic and societal behaviour that we should be searching for? Surely some of the answers can be found in Japan. Heinberg perhaps captures this best when he states:

“A few nations and communities are already moving in the direction of a steady-state economy. Sweden, Denmark, Japan, and Germany have arguably reached a situation in which they do not depend on high rates of growth to provide for their people. This is not to say these countries have only smooth sailing ahead (Japan in particular is facing a painful adjustment, given its very high levels of government debt), but they are likely to fare better than other nations that have high domestic levels of economic inequality and that have gotten used to high growth rates.”

Japan As the New Normal: Living In a Constrained Economy by Brendan Barrett is licensed under a Creative Commons Attribution-NonCommercial-ShareAlike 3.0 Unported License.