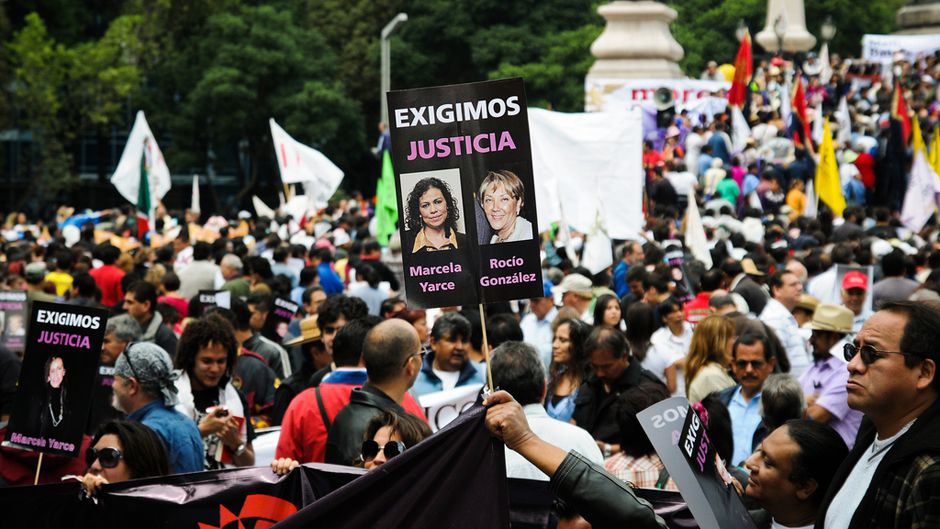 A new report published by the Committee to Protect Journalists (CPJ) shows that nine out of 10 cases of journalist killings go unpunished.

The report found that between 2004 and 2013, 370 journalists were murdered “in direct retaliation for their work” and that in 90 percent of these cases there was total impunity — “no arrests, no prosecutions, no convictions”.

CPJ also found that although “in some cases, the assassin or an accomplice has been convicted, in only a handful is the mastermind of the crime brought to justice.”

The report’s author, Elisabeth Witchel, told IPS, “Impunity has really grown to be one of the greatest threats to journalist safety. When journalists are killed, and no one is prosecuted, it opens the doors for new attacks to take place.

“Journalists feel insecure if one of their own is killed and there’s no official justice. It builds a climate of intimidation and can lead to underreporting of very important issues.”

Witchel said that the issues that journalists who have been killed with impunity cover are crucial to their communities and include crime, corruption, human rights, conflict and politics.

The report was published to coincide with the first International day to End Impunity for Crimes Against Journalists on Nov. 2.

Investigative journalist Eric Mwamba from the Democratic Republic of Congo (DRC) told IPS how the fear of being arrested, tortured and the risk of losing his life has affected his work as a journalist.

“To my knowledge, no perpetrator of violence against journalists in Africa has been held accountable,” Mwamba said.

Mwamba added that defamation laws and the ambiguous notion of contempt were also used by the Congolese justice system to try to muzzle journalists.

This was particularly relevant when working on financial stories, he said. Due to strong links between public and private interests in the DRC, state actors are also often shareholders in companies being investigated, Mwamba said.

“During my term as president of the Forum for African Investigative Reporters, I studied some cases. I remember the case of Didace Namujimbo, a journalist for Radio Okapi who was murdered in the east of the DRC. Judicial investigations, unfortunately, did not provide a favourable outcome.”

“I hope that with the fall of the regime of President Blaise Compaore in Burkina Faso this week, the new authorities would help to know the truth about the assassination of Norbert Zongo, another journalist killed in 1998 in this country,” Mwamba said.

Mwamba was forced to leave the DRC because of his investigative journalism, and has since lived and worked in several other countries and regions, including in West Africa and in Australia.

He told IPS, “I don’t think there is anything worse in life than when someone is forced to leave his country for fear of losing his life.”

“Syria is a graveyard of journalism and journalists who go there,” she said.

Bilbassy-Charters added that most of the journalists who are killed are local freelancers who have no one to protect them.

“They take an enormous risk just to tell the world what’s happening. And even with that risk, I don’t know if the world is responding, especially in Syria. It’s a moral failure of the 21st century what is happening in Syria,” she said.

Deputy Director-General of the United Nations Educational, Scientific and Cultural Organization (UNESCO) Getachew Engida told the panel that UNESCO and media advocacy organisations from across the world are advocating for media freedom to be incorporated into the United Nations Post-2015 Sustainable Development Agenda.

“For now, freedom of expression, the safety of journalists and ending impunity are not included as such in the proposed agenda to follow post-2015,” he said.

He said that UNESCO is advocating to “ensure recognition of the importance of freedom of expression for sustainable development and to enhance the safety of those who make this possible.

“Every journalist killed is a day without news, a day when freedom of expression is undermined, when basic human rights are violated, when the rule of law and democracy are weakened. The climate of fear created by impunity throws a shadow over the sustainable development of entire societies,” Engida said.

“I have a concern that governments, the UN system, the public could mistake awareness, which is good, for progress.”

Lyndal Rowlands is an international development writer, researcher and evaluator and a UN Correspondent at Inter Press Service.