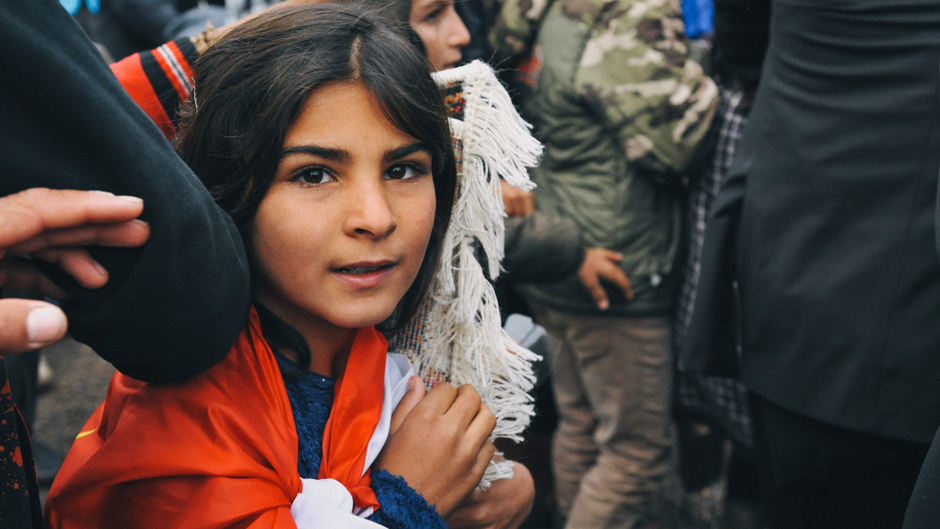 The toll of the war in Syria is astonishing and tragic. Over 10 million people have fled their homes since the war began in March 2011. Four million have fled Syria altogether, and 13.5 million people still inside the country require humanitarian assistance. Several hundred thousand have been killed. Neighbouring countries are dealing with massive population influx, while others, further away, struggle with acts of terror apparently planned and directed from within Syrian territory.

It is also a war characterised by terrifying brutality and systemic disrespect for the most basic rules of international humanitarian law, ranging from the promotion of enslavement on an industrial scale to indiscriminate attacks on civilians. Since the United Nations (UN) Human Rights Council established an Independent International Commission of Inquiry on the Syrian Arab Republic (CoI) on 22 August 2011, it has produced more than 20 outputs documenting violations and abuses committed by the Syrian government, anti-government armed groups and terrorist organisations, in particular the Islamic State in Iraq and the Levant (ISIL). A special inquiry established by the UN Security Council in August 2016 also identified ‘sufficient information’ of use of chemical weapons which may amount to war crimes and crimes against humanity.

The war in Syria has laid bare the limits of existing approaches to the maintenance of international peace and security, and international justice.

Yet the war in Syria has also laid bare the limits of existing approaches to the maintenance of international peace and security, and international justice. By late 2016, over five years into the war, the UN Security Council had not only failed, but on six separate occasions positively declined, to act to resolve this horrifying situation. Six times, at least one Permanent Member had vetoed draft resolutions on the war in Syria, several of which had proposed steps to ensure those committing international crimes during the war could be held accountable, for example through referral of the situation to the International Criminal Court (ICC). A seventh refusal to act was added to the list in early 2017, with the Security Council this time declining to pursue accountability for the use of chemical weapons. Disagreement among the veto powers has time and again rendered the Security Council unable to act, at the expense not only of the Syrian people, but of international peace and security itself.

It was against this backdrop of Security Council inaction, effectively engendering impunity for the ongoing, massive violations of international humanitarian law in Syria, that the UN General Assembly took action on 21 December 2016. In Resolution 71/248 the General Assembly established an ‘International, Impartial and Independent Mechanism to Assist in the Investigation and Prosecution of Those Responsible for the Most Serious Crimes under International Law Committed in the Syrian Arab Republic since March 2011,’ commonly known as the ‘IIIM’ or ‘the Syria Mechanism.’

The Resolution, passed with 105 affirmative votes, 52 abstentions and 15 negative votes, is significant in two ways. First, it establishes a mechanism that increases the prospects of justice for Syria. Second, it represents an important development in the history of international criminal justice, showing how the UN General Assembly can play a constructive role to support efforts to ensure respect for international criminal law, through international cooperation.

Yet it was not uncontentious. At the time of the vote, several delegations, notably those of the Syrian Arab Republic itself, and the Russian Federation, questioned the legality of the General Assembly’s intervention. Subsequently, the Russian Federation went to the trouble of recording its concerns in a note verbale sent to the Secretary-General, which was later circulated to the General Assembly. Taken together, these objections fall into three baskets: first, that the resolution establishing the Syria Mechanism violates Article 2(7) of the UN Charter (on non-interference in domestic affairs); second, that it violates Article 12 of the Charter (regulating the relationship between the Security Council and the General Assembly); and, third, that the General Assembly did not have power to create a prosecutorial body.

The Mechanism offers concrete hope for justice in Syria, and represents a significant crystallisation of an important new approach to international criminal justice.

In an article (free download) just published in the Journal of International Criminal Justice, Ambassador Christian Wenaweser, the Permanent Representative of Liechtenstein to the United Nations, and I consider these concerns, and the Syria Mechanism itself. We argue that the Mechanism, rather than having prosecutorial powers itself, will assist states and other bodies with such powers to exercise them. The resolution establishing the Mechanism does not constitute interference in Syria’s domestic affairs, because it aims to help any actor with valid jurisdiction over international crimes in Syria — in particular, Syria itself, but also any other state or, potentially, an international court or tribunal endowed validly, in the future, with such jurisdiction.

As for the question of whether the General Assembly is entitled under Article 12 of the UN Charter to adopt such a resolution, we point in detail to over fifty years of General Assembly precedent, and two recent decisions in the UN system’s highest judicial body, the International Court of Justice (ICJ), which support its right to do so. And we explain how the General Assembly has previously provided analogous support to international mechanisms providing legal assistance for the prosecution of serious, international and transnational crimes, such as the Special Court for Sierra Leone (SCSL), the Extraordinary Chambers in the Courts of Cambodia (ECCC), and the Independent Commission Against Impunity in Guatemala (CICIG). There are even limited parallels with the legal aid afforded through a UN Trust Fund for Victims of Trafficking in Persons.

Towards the end of the article, we consider the question of whether the General Assembly had power to create a body with a quasi-prosecutorial or even judicial character. The Syria Mechanism, we argue, does not itself undertake prosecutions, but supports other judicial processes. Contrary to popular belief, however, we point out that it is, in fact, open to the General Assembly to create a judicial body — and that it has in fact previously done so, in a move reviewed and approved by the ICJ.