L.A.’s New City Plan Will Make You Want To Move There 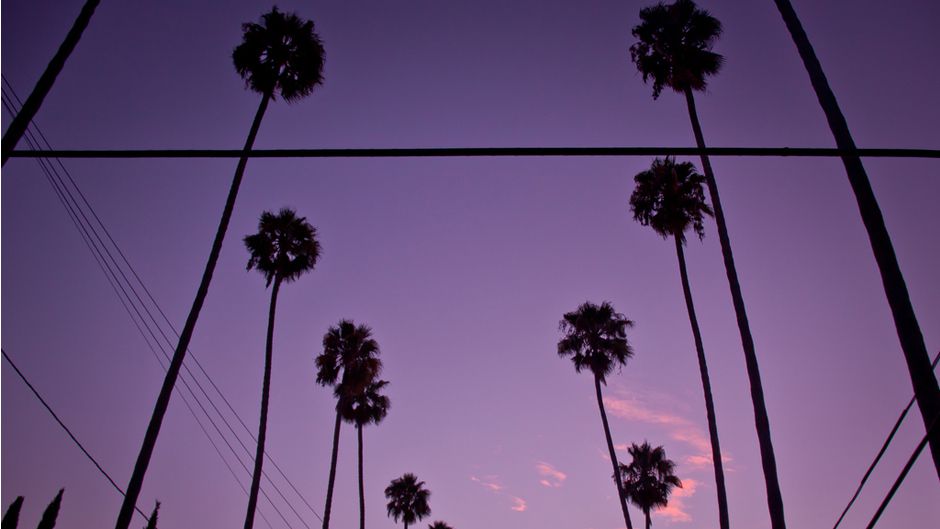 Los Angeles is a city of a million intersections, and a new sustainability plan intends to cross some of the biggest ones in an effort to transform the city into a breezy renewable metropolis rather than an overheated desert island in the coming decades.

On Wednesday, L.A. mayor Eric Garcetti released an ambitious plan that puts environmental, economic, and equality issues front and centre in helping determine the trajectory of the city, which plans to add another half-million residents by 2035. The plan comes at a pivotal moment for the state and the city, as a four-year drought prepares to settle in for the summer months. Governor Jerry Brown just announced state-wide water restrictions for the first time and the state just had its hottest 12-month stretch on record.

“Our first ever sustainability plan details actions we must take in the coming months and years to secure a future for L.A. that is environmentally healthy, economically prosperous and equitable in opportunity for us all,” Mayor Garcetti said. “My back to basics approach is about making sure our city has the strong foundation it needs to soar to new heights.”

A few of the plan’s highlights include: becoming “the first big city in the nation to achieve zero waste” by 2025, fully divesting from coal-powered electricity by 2025, reducing greenhouse gas emissions by 80 percent below 1990 levels by 2050, having zero smog days by 2025, and making it so that 50 percent of all trips taken by city residents are by bike, foot, or public transportation by 2035. The plan also makes commitments to reduce energy use in all buildings by 30 percent by 2035.

According to Jonathan Parfrey, executive director of the L.A.-based Climate Resolve and a former commissioner at the L.A. Department of Water and Power, the plan is a powerful first step.

“This is just the beginning,” he told ThinkProgress. “The hard stuff isn’t the planning, it’s the implementation.”

Parfrey, who helped plan parts of the effort, said he is especially pleased with the 80 percent greenhouse gas reduction goal on the mitigation side and with the proposal to deal with the urban heat island effect on the climate resiliency side. The plan calls for a reduction of the urban heat island effect differential — the difference between the temperature of the city and the surrounding area — by 1.7°F (0.94°C) by 2025 and 3°F  (1.7°C) by 2035.

The heat island effect, in which urban areas are noticeably warmer than their surroundings, can cause large cities to get 1.8°F (1°C) to 5.4°F (3°C) warmer than surrounding areas in the day, and 22°F warmer at night, according to the EPA. This effect happens when buildings, roads, and other developments replace formerly open land and greenery, causing surfaces to become moist and impermeable, and to warm up.

According to Parfrey, 20 percent of L.A. is covered in rooftops and 40 percent in pavement of some form. Changing the reflective capacity of these areas and adding more greenspace will play a big role in reducing the heat island effect. Parfrey and other city officials have already been pushing for these changes. In December 2013, the Los Angeles City Council unanimously passed a building code update requiring all new and refurbished homes to have cool roofs — which use sunlight-reflecting materials — making L.A. the first major city to require such a measure.

Cool roofs “can be more than 50°F (27.8°C) cooler on the surface of the roof during a hot summer day and can cool the interiors of buildings by several degrees Fahrenheit, reducing chances of heat-related injuries or deaths,” according to Climate Resolve.

“These are innovations the we haven’t seen in any other sustainability plan,” said Parfrey.

The full plan spans 108 pages, covering everything from reducing potable water use by 10 percent in city parks to ensuring that 50 percent of the city’s light-duty vehicle purchases are electric vehicles by 2025. With the drought in full swing and no reason to believe that prayers for rain will bring lasting results, the city is hoping to reduce overall municipal water use by 25 percent by 2025 and 30 percent by 2030.

L.A. has some of the highest levels of income inequality in the country, and the plan attempts to combine the fight against climate change with the one against poverty. By 2017, the city will begin “constructing 17,000 new units of housing within 1,500 feet of transit.” There are also targets to reduce the number of rent-burdened households, fight asthma, limit food deserts, and distribute cap-and-trade funds.

“This plan puts L.A. at the very heart of sustainability efforts in cities across the country,” said Parfrey. “The environmental community wants it to be a great success.”