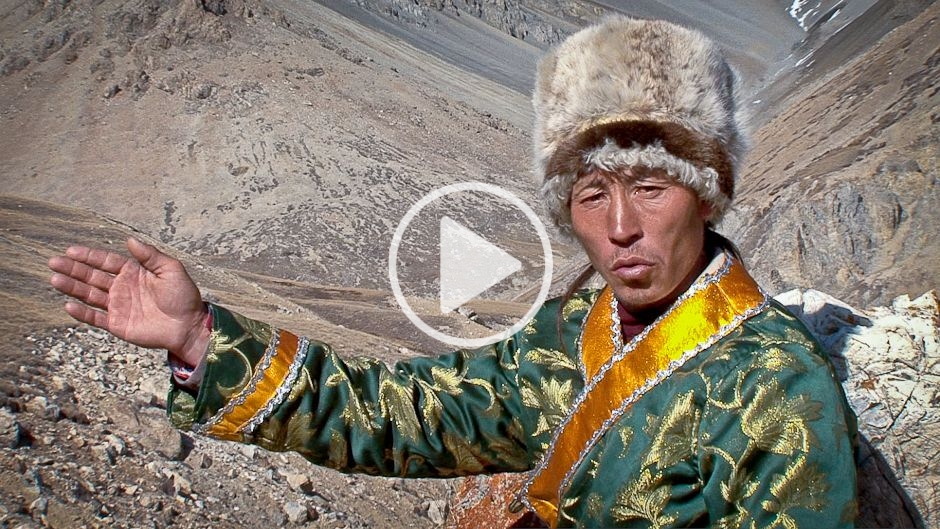 Land has breath, an umbilical cord, nose, mouth eyes and ears… everything that exists on earth is alive. Altai is a harmonious co-existence of humanity and nature.

This is traditional wisdom of the people of Russia’s Altai Republic, located at the crossroads of China, Kazakhstan and Mongolia. The mountains here host rich indigenous culture that has protected the natural environment for countless generations.

The Altai, parts of which were included on the World Heritage List in 1998, is a region brimming with unique features that give it a striking beauty and a particular importance for the biological diversity of its plants, mammals, reptiles and fish.

Through the centuries, Altaians have developed a unique ecological culture, including an entire spectrum of moral values and an unusual philosophical view of the world. Altai’s mountains are sacred places to the clans and tribes of the indigenous population. Each valley, each mountain peak, each spring has its own spirits, or masters, known in Altaian as ‘eezi’. All nature is animate; the natural world around humans is full of spirits and each living being is of divine descent and serves a divine purpose.

The sacred places, plants and animals recognized and protected over millennia by local and indigenous Altaian communities prove that the first environmental conservation and ecology movement arose long before the appearance of modern nature reserves and parks.

But here, like in other parts of the world, the relationship between humanity and nature is changing. Glaciers are starting to melt. By 2050, climate change models predict an average decrease in water volumes of 26%.

Longer warm periods will lead to permafrost melt, ground subsidence,  as well as changes to ecosystems, plants, animals and traditional land use.

“Nature is greatly changing. The earth is being exhausted” says shaman Slava Cheltuev 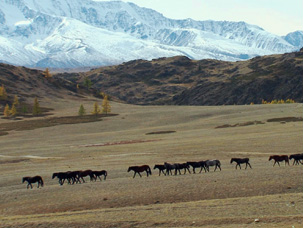 “Nature is greatly changing. Our summertime comes one month later. It doesn’t rain. The earth is being exhausted,” Cheltuev says.

Altaian myths and spiritual beliefs had long ensured that animals, plants, water and even the land and rocks received respect. As his community pursues new livestock raising practices, Cheltuev laments the changes in human behaviour and the loss of age-old wisdom. He calls for the return to a respectful and harmonious relationship with the local environment and is there to guide the folk on their rediscovery of this heritage.

“This is an ignorant generation, people don’t understand each other. By teaching our children and restraining ourselves… then destructive practices will stop,” he explains.

His message appeals not only to the people of Altai, but to the whole world:

This video brief was produced by the United Nations University Media Studio’s Citt Williams in association with the Foundation for Sustainable Development of Altai and The Christensen Fund.

For more information about the Altai’s sacred sites and their relation to the unique ecological world view of indigenous and local Altaian communities, you may download a paper on the topic from the right hand column of this page.

Land Has Breath: Respecting Nature In Altai by Chagat Almashev is licensed under a Creative Commons Attribution-NonCommercial-ShareAlike 3.0 Unported License.

DirectorFoundation for Sustainable Development of Altai

Chagat Almashev is the director of the Foundation for Sustainable Development of Altai (FSDA), an NGO focused on conservation of natural and cultural heritage of local and indigenous communities. FSDA established a new form of Protected Areas that has led to the creation of five regional Nature Parks founded by local and indigenous people to preserve sacred sites, totem animals and plants, traditional lands, and biodiversity. Chagat is also a member of the World Commission for Protected Areas of the International Union for Conservation of Nature.