Legislation Can Help Enable a Global Climate Deal in 2015 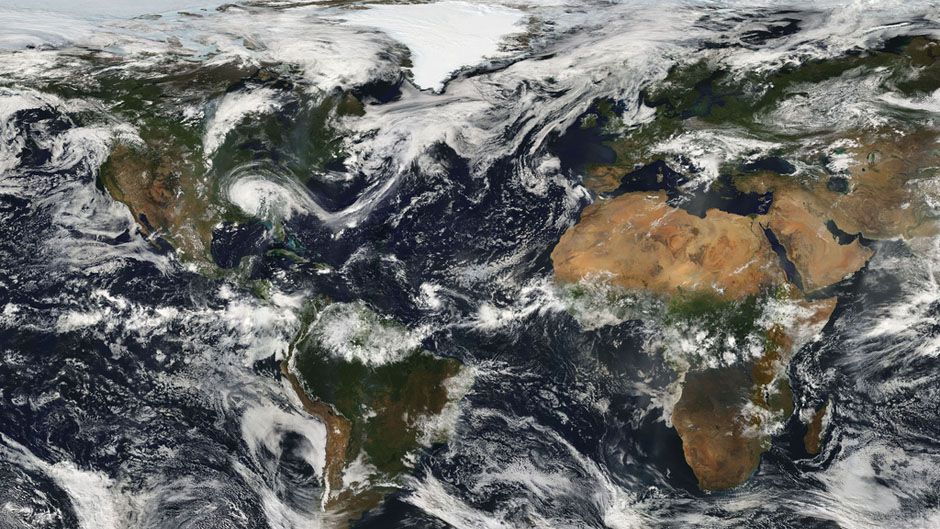 In this column, Terry Townshend, Director of Policy at the Global Legislators Organisation (GLOBE), argues that progress on climate change now being made worldwide depends on legislators putting in place a credible set of policies and measures to ensure effective implementation.

With leading politicians meeting next month for the World Summit of Legislators in Mexico City, it is clear that a new global climate deal is needed. Each year, the world is seeing signs of climate change’s accelerating impacts, from longer, more intense droughts to stronger storms and rising seas.

In contrast to the slow pace of international negotiations to combat climate change, national legislation is advancing at a startling rate.  This is a major surprise to many of those who ascribe to the conventional wisdom that progress has waned.

Remarkably, since 1997, almost 450 climate-related laws have been passed in 66 countries covering around 88 percent of global greenhouse gases released by human activities. And, this surprising legislative momentum is happening across all continents.

Encouragingly, this progress is being led by big developing countries, such as China and Mexico. Together, these emerging markets will represent some 8 billion of the projected 9 billion people on Earth in 2050.

These are the key findings of the 4th edition of the GLOBE Climate Legislation Study released in February. This is the only compendium of climate legislative action created by legislators from around the world, and the most comprehensive audit yet of the extent and breadth of the emerging legislative response to climate change.

Our message is that we believe national legislation should be at the heart of a new international agreement to tackle climate change.  And this study is proof that it can be achieved in every country.

While optimistic, we must also be honest. These laws are not yet enough to limit global average temperature rise to 2 degrees Celsius (3.6 degrees Fahrenheit) above pre-industrial levels, the level scientists say we must not breach if we are to avoid the worst risks of climate change.

Yet these actions are putting into place the legal frameworks necessary to measure, report, verify and manage greenhouse gas emissions — the cause of man-made climate change.

“Legislators must be at the centre of international negotiations and policy processes, not just on climate change, but also on the full range of sustainable development issues.”

As the formal UN negotiations move towards Paris in 2015, the scheduled conclusion of negotiations on a post-2020 framework, this legislation is creating a strong foundation on which a post-2020 global agreement can be built.  And, at the World Summit of Legislators we will discuss precisely how best to make this happen in practice.

It is increasingly clear that not only is agreement in Paris dependent on national legislation in place in advance, implementation of the Paris agreement will only be effective through national laws, overseen by well-informed legislators from all sides of the political spectrum.

A national “commitment” or “contribution” put forward at the United Nations will only be credible — and durable beyond the next election — if it is backed up by national legislation.  And this must ideally be supported by cross-party legislators who put in place a credible set of policies and measures to ensure effective implementation.

That is why legislators must be at the centre of international negotiations and policy processes, not just on climate change, but also on the full range of sustainable development issues. And it is why, on climate change, governments must prioritize supporting implementation of national legislation between now and 2015.

GLOBE members recognize this and have been at the forefront of developing the legislative response to climate change. In 2008, in the United Kingdom, for example, members shaped and strengthened the Climate Change Act. In 2009, South Korean members saw “Green Growth” legislation passed.

In 2013, members in Micronesia were instrumental in the passage of climate-related legislation showing the power of island voices, and in Costa Rica a draft General Law on Climate Change was introduced. Meanwhile, members in China, Colombia, Democratic Republic of Congo, Nigeria and Peru, among others, are developing legislation now.

However, we need to do much more. And that is why, in collaboration with the World Bank and the United Nations, GLOBE has launched the Partnership for Climate Legislation to promote the advance of climate-related laws.

Of course, the role of legislators does not end when legislation is passed. It is one thing to pass legislation and another to implement it. That is why GLOBE is equipping legislators to be as effective as possible in holding their governments to account. This is crucial if the agreement made in Paris in 2015 is to deliver.

Legislators — with their formal responsibilities on legislation and oversight — are a fundamental part of an effective strategy to tackle the world’s environmental and sustainable development challenges. To maximise the chances of success, they must be at the centre of all international processes and negotiations.

Success in Paris to create a climate agreement, the follow-through to implement the accord, and the fate of our planet depend on our actions.

Terry Townshend is Director of Policy at the Global Legislators Organisation (GLOBE).