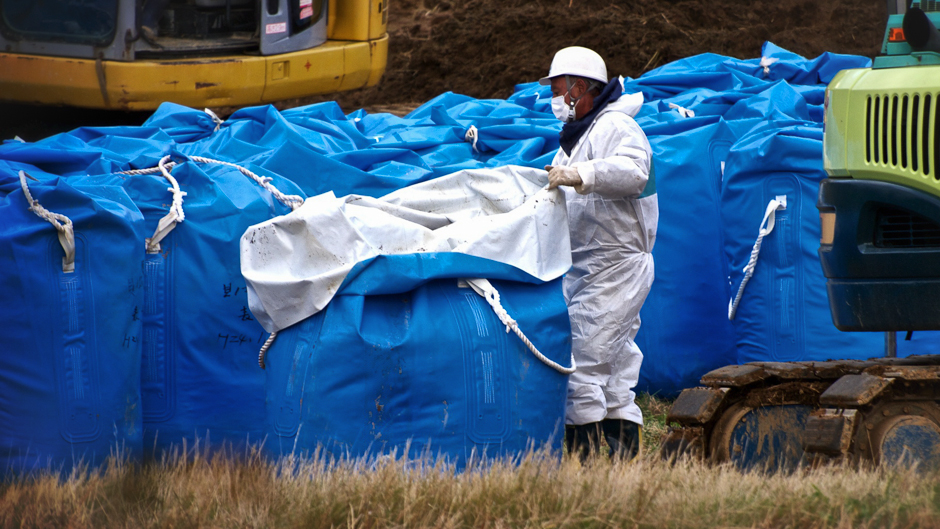 In March 2011 all of Japan was united by the terrible experience of the earthquake, tsunami and subsequent nuclear accident. Three years later this unity is increasingly fracturing as a more complex and uneven reality emerges.

For the vast majority of the country that was not directly affected, the memories of those tragic events are beginning to fade, as other concerns — especially the economy — dominate. Meanwhile, the victims of the triple disaster still struggle to restart or move on with their lives.

Many wait in temporary accommodation, some with hope that their towns will be rebuilt, while many others remain in limbo wondering when — if ever — radiation levels will become low enough that they feel it is safe to return.

And there are also many others who see no future in Fukushima, and have decided to start new lives elsewhere. From the common tragedy of 3/11, a range of different experiences and realities have subsequently appeared. Moving forward, one of the great challenges will be developing a more flexible approach to rebuilding that takes into account the wide range of experiences and expectations of affected people.

What has become clear is that rebuilding cannot only be about dealing with technical problems like decontamination. Reducing radiation levels to scientifically safe amounts will do little if people do not believe that they can live there safely. People need to feel confident that they can trust what they are being told. And many — with good reason — remain deeply skeptical of the information they are given by the government or Tokyo Electric Power Company (TEPCO) officials.

Rebuilding this trust is a much more difficult task than rebuilding infrastructure, and one for which there is not an easy solution. You cannot subcontract out trust building. It takes time, it takes effort and engagement, and it requires transparency from the government, the Nuclear Regulation Authority and TEPCO. Prime Minister Shinzo Abe brashly announcing to the world when campaigning for the Olympics that the nuclear accident is “under control” is precisely the opposite of the more measured and honest approach that is needed to help restore trust.

Certainly the challenges facing Japan are unique given the unprecedented combination of natural and technological disasters, but there are many experiences that Japan can still learn from.

The most fundamental lesson that has emerged from previous nuclear accidents at Chernobyl and Three Mile Island is that the biggest impacts were social and psychological. Knowing this, much greater efforts must be made to address the mental and social fallout of Fukushima.

Considering that the huge amount of money and effort expended on decontamination has yet to convince many former residents that it might be safe to return, it would be advisable to begin investing much more in social infrastructure and building support networks for affected people.

In Ukraine they have established a number of special community centres to assist residents by sharing information, building awareness about radiation, and strengthening community bonds. This offers a very good model that Japan can learn from and should consider implementing in Tohoku. Such initiatives should not be about convincing people to return, but about providing them with more information, trying to rebuild trust, and assisting them in making their own decisions about the future.

One country that many people have looked to is Germany and its decision to embark on an “energy revolution” (Energiewende). For anti-nuclear supporters, Germany is an example of what Japan should be doing. But the lesson that should be taken from Germany is not the decision itself, but the process by which it was reached. German Chancellor Angela Merkel created an Ethics Commission on Safe Energy Supply, composed of a cross section of German society with representatives from politics, industry, academia and religion. They collectively reflected on what was best for the country and its future, and then reached a unanimous set of recommendations. The conclusion that Germany should abandon nuclear power is one that matches with its history and politics, and is supported by many parts of society.

But what is best for Japan may well be different. Now in Japan debate has become polarized between anti- and pro-nuclear camps, and there is a need to build genuine dialogue between these opposing positions. Japan has an important and difficult set of issues to consider, connected to its history, its vulnerability to natural hazards, its economic situation, its lack of resources, and the demands of a changing climate. There is no easy solution to Japan’s energy dilemma, so different options need to be openly and carefully debated, and hopefully greater consensus can be developed in time. This is the lesson to take from Germany.

Three years later and many of the most serious challenges that remain are not technical ones to do with clearing waste or rebuilding infrastructure. They are social: rebuilding trust and restoring a sense of security and well-being for affected people.

There is still much work to be done, and a necessary step is developing a more flexible, reflexive and transparent approach to rebuilding that engages with people’s concerns, acknowledges their diverse realities, and supports their life choices, regardless of whether they decide to return to their hometowns or seek new lives elsewhere. This is the only way that the people of Tohoku might again be given the futures they want and deserve.

This article first appeared in the Japan Times on 07 February 2014; reprinted with permission.

All rights reserved. The Japan Times.