Let’s Be Critical About Infrastructure 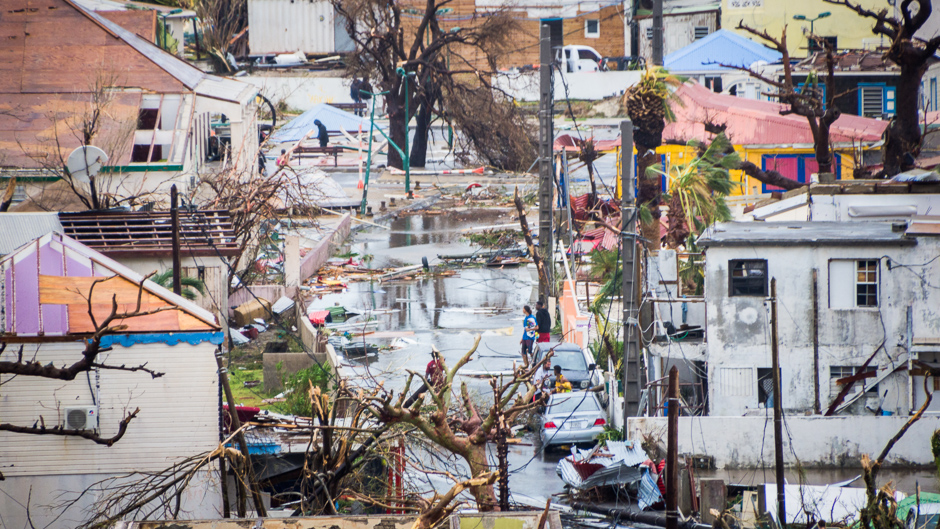 In recent weeks the Caribbean has seen a surge in hurricane activity. Many will never forget the images of flooding and devastation. For the population of affected areas though, one of the biggest challenges is the destruction of critical infrastructure. In Puerto Rico for example, an estimated 55 percent of transmission towers were destroyed, resulting in a power blackout that affected almost the entire island.

When critical infrastructure is compromised, the societal functioning of an area is greatly impaired. The lack of basic supplies like water, electricity or access to health care after a storm, flood or another natural hazard-induced disaster can become critical over time. And climate change is likely to exacerbate the number and intensity of such events. In addition, the breakdown of one part of the infrastructure network may result in the failure of another; for instance, a power cut will soon bring the water supply to a standstill.

With the International Day for Disaster Reduction on 13 October, it seems appropriate to ask the important questions: Are we prepared? Are we taking precautions or just relying on suppliers?

Admittedly, the likelihood of a failure of critical infrastructure is greater in some areas of the world than in others. However, it is possible everywhere. At the same time, residents of those areas that feel comparatively safe, tend to take critical infrastructure for granted and are thus often poorly prepared for any kinds of outages.

We all have the same needs

Even in a country with few incidents, such as my home country, Germany, the civil protection concept calls for taking your own precautionary measures like stockpiling water for five days and food for 10 days. This recommendation is not new, but has brought attention to, and spurred discussions about, panic buying and the government’s system. This debate is also almost exclusively linked to terrorism instead of considering natural hazards.

In reality, Germans deal with as little as roughly 15 minutes of power cuts per year — an impressive number which suggests that we aren’t all that vulnerable. However, this impression can make us feel too safe, passing on all responsibility. Personally, when I travel to areas with less trustworthy infrastructure I will carry equipment like a flashlight to get through power cuts or some drinking water in case none is available — but when I am in Germany, I allow myself to become lax and would not under ordinary conditions equip myself similarly. In the end my trust in a permanently available supply leads me to leave behind my own precautions.

This lack of self-reliant precaution and the dependency on suppliers has to be regarded in the light of societal and demographic change. Germany has an aging population and a high degree of urbanisation; some rural areas are only scarcely populated. Household sizes are shrinking through the growing number of single-person households.

For both extremes — densely populated areas and almost depopulated ones — we must ensure that a blanket promise to quickly restore services everywhere can be fulfilled. However, the challenges vary profoundly and exclude a single standard approach.

One consequence of the increasing average age of the population is a higher dependency on health care facilities and energy for medical devices. At the same time, smaller household sizes and urbanisation might result in less community cohesion and self-help capacities. Yet to sustain an adequate level of protection and preparedness the assessment of minimum supply from the end user’s perspective is crucial. My recommendation would be to at least keep some food and water reserves and ensure that some basic equipment such as a flashlight and a battery-operated radio are available and functioning.

All in all, there is a need to reconsider our society’s preparedness with regard to infrastructure disruptions of several days or more. Knowing the actual demands and needs of different societal groups is paramount — though scientific publications and policy documents hardly discuss them. This debate goes far beyond engineering views on availability or maintenance needs and should include social and cultural aspects.

This is what UNU-EHS is doing under the umbrella of the research project CIRMin — Critical Infrastructures Resilience as a Minimum Supply Concept, part of a transdisciplinary consortium under the leadership of the Technical University of Cologne. Going beyond critical infrastructure management, CIRMin specifically focuses on the necessary minimum supplies of the population potentially affected in case of infrastructure breakdowns due to extreme natural events. In doing so, the project is particularly interested in understanding the variance in the minimum supply demands in different socio-spatial population groups and other infrastructure elements like hospitals and fire stations.

Dr Simone Sandholz is a Research Associate in the Vulnerability Assessment, Risk Management and Adaptive Planning section of at the UNU Institute for Environment and Human Security. She holds a PhD in Geography from the University of Innsbruck, Austria.