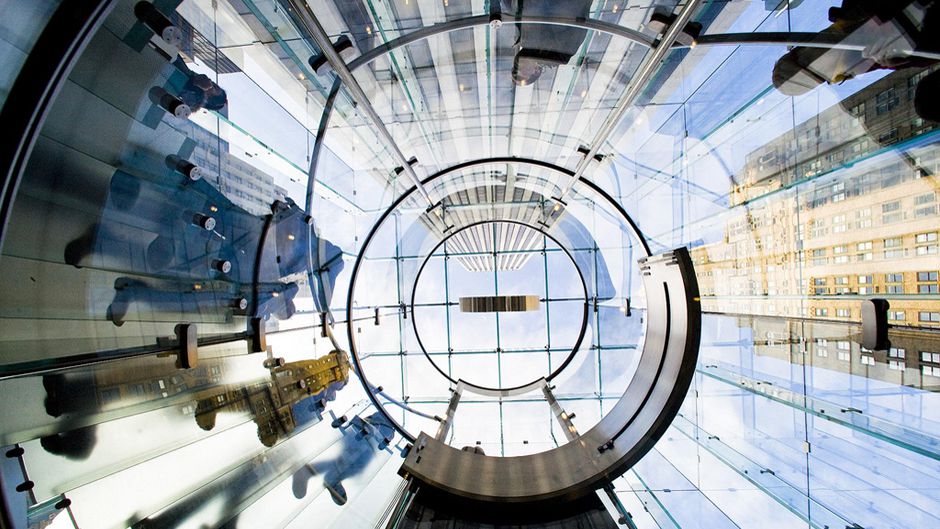 Rapidly rising resource prices — metal up by 176 percent, rubber by 350 percent and energy by 260 percent since 2000 — signal a potentially crippling trend of increasing costs as current consumption patterns rapidly deplete the world’s non-renewable resources, according to a new report.

These numbers show that the negative effects of unsustainable use of natural resources are already being felt, notes the “Decoupling 2: Technologies, Opportunities and Policy Options” report, which is produced by the United Nations Environment Programme-hosted International Resource Panel (IRP). The same applies to food, with price volatility having risen to 22.4 percent from 2000 to 2012 compared to 7.7 percent from 1990 to 1999.

“The worldwide use of natural resources has accelerated — annual material extraction grew by a factor of eight through the twentieth century — causing severe environmental damage and depletion of natural resources,” said UN Under-Secretary-General and UNEP Executive Director Achim Steiner in a press release. “Yet this dangerous explosion in demand is set to accelerate as a result of population growth and rising incomes.”

The report builds on an earlier study that warned that developed nations’ consumption patterns, combined with increases in population and prosperity, will see us consuming 140 billion tonnes of minerals, ores, fossil fuels and biomass per year by 2050 unless economic growth is decoupled from resource consumption. This is three times the levels of consumption in 2000 and most likely exceeds all existing available resources and the limits of the planet to absorb the impacts of extraction and use.

For example, a shortage of some of the world’s key metals may be felt within the next 50 years, affecting many industries; approximately 60 percent of the ecosystem services that support life on Earth have already been seriously degraded; and global demand for water is expected to rise by 40 percent so that in 20 years available supplies will likely only satisfy 60 percent of world demand.

By adopting decoupling technologies, developing countries could cut their annual energy demand growth from 3.4 to 1.4 percent over the next 12 years, while meeting their development goals. This would leave energy consumption some 22 percent lower than it would otherwise have been — a reduction equivalent to the entire energy consumption of China today.

Decoupled and loving it

Many decoupling technologies and techniques that deliver up to ten times more resource productivity are already available, allowing countries to pursue their development strategies while significantly reducing resource use and negative environmental impacts.

The potential to reduce energy demand through improved efficiency is around 50 to 80 percent for most production and utility systems. Some 60 to 80 percent improvements in energy and water efficiency are commercially viable in sectors such as construction, agriculture, hospitality, industry and transport. Advanced furnace technology could achieve up to a 40 percent reduction in energy intensity for zinc, tin, copper, and lead smelting and processing.

The report argues that existing barriers to decoupling can be removed, notably subsidies for energy and water use, outdated regulatory frameworks and technological biases. Such policy change can create stable, successful economies over the long term.

“Decoupling can prove the most attractive strategy of combining the wish for economic growth with the need for making do with limited resources,” said the report’s lead author, Ernst von Weizsaecker, who also serves as co-Chair of the International Resource Panel. He favours smooth and steady long-term strategies for revolutionary improvements in resource productivity, and argues that countries and private companies pioneering such strategies will achieve success.

Many countries have tried out such techniques with tangible results that can be replicated and scaled up, the authors urge. Below are examples from the report.

The Rathkerewwa Desiccated Coconut Industry (RDCI) in Sri Lanka cut 12 percent off energy use, 8 percent off material use and 68 percent off water use, while increasing production 8 percent by changing its practices. For a total investment of less than US$5,000, an annual financial return of about US$300,000 was reported.

Industrial electric motors in China account for around 60 percent of total electricity consumption. A pilot study at China’s second-largest oil field found potential to save more than 400 million kilowatt hours (kWh) of electricity per year, with recovery of the initial investment achieved within 1.6 years. High-efficiency motors could save 28 to 50 percent of motor energy use, with a typical payback period of one to three years.

Cape Town in South Africa is conducting a 10-year traffic signal upgrade programme, retrofitting 120 intersections per year with LED lamps. The LED lamps consume almost 90 percent less electricity than the old lamps, yet produce the same lighting service. The programme is expected to save US$2.9 million and 39,000 tonnes of CO2 emissions.

The pressing out of metal components from sheet metal leaves significant waste, but intelligent organization of the shapes to be pressed out can realize significant savings. Deutsche Mechatronics GmbH operates in Germany using computer-driven shuffling and a production planning system that could reduce metal use by 12 percent.

In the United States, approximately 480 landfill sites, representing around 27 percent of the nation’s landfills, capture methane gas released from decomposing organic waste. It is estimated that between 60 and 90 percent of the methane in the landfill gas can be captured and burnt, which would cut the estimated 1.8 percent methane contributes to US total greenhouse gas emissions.

Agriculture is responsible for 70 percent of freshwater withdrawals. In many countries, 90 percent of irrigated land receives water through wasteful open channels or intentional flooding. Farmers in India, Israel, Jordan, Spain and the US have shown that sub-surface drip irrigation systems can reduce water use by 30 to 70 percent and raise crop yields by 20 to 90 percent. These technologies can be made affordable for use in the developing world with payback periods of less than a year.

The report provides more examples of savings that are being made in fossil fuels, paper, cement, waste streams and chemicals, pointing to the potential to roll-out such technologies across the globe and add up to the potential US$3.7 trillion saving.

Currently, many economies suffer from obstacles that lock in existing patterns of resource use. Subsidies of up to US$1.1 trillion each year for resource consumption encourage the wasteful use of resources; labour taxes rather than resource taxes; regulatory frameworks that discourage long-term management of resources; bias towards existing technologies; and institutional biases, such as financial organizations avoiding investing in new technologies due to a perception of heightened risk.

Facilitating decoupling will involve removing these obstacles and creating the conditions that enable widespread investments in resource productivity. The report mentions two options, amongst others, which illustrate the type of combined policy that is needed.

One proposal uses taxation or subsidy reduction to raise resource prices in line with increases in energy or resource productivity. For example, if the average efficiency of the car fleet rises by one percent in one year, a one percent price increase of petrol at the pump would seem fair and tolerable. This scheme would induce car manufacturers and consumers to speed up efforts to reduce petrol consumption or to avoid unnecessary trips.

Another policy looks to shift revenue-raising onto resource prices through resource taxation at source or in relation to product imports, with recycling of revenues back to the economy.

Many countries have put in place such policy mixes promoting decoupling. For example, at the European Union level, the 7th Environmental Action Programme and the Roadmap to a Resource Efficient Europe and the Energy Efficiency Directive of 2012 are long-term strategies moving energy, climate change, research and innovation, industry, transport, agriculture, fisheries and environment policy all towards decoupling. The roadmap makes the case for a shift from labour taxes to resource taxes, and discusses the phasing out of environmentally harmful subsidies.

The IRP report calls for such strong leadership to be instituted across the board, allowing economic output to be achieved with fewer resource inputs, reducing waste and saving costs that can further expand the global economy for years to come.

Because really, why are we not already widely harnessing existing technologies and appropriate policies to increase resource productivity? Doing so could save up to US$3.7 trillion globally per year and insulate future economic growth from the harmful effects of resource scarcity and price volatility, while also minimizing environmental impacts.