Let’s Share! Please Provide Your Credit Card To Get Started 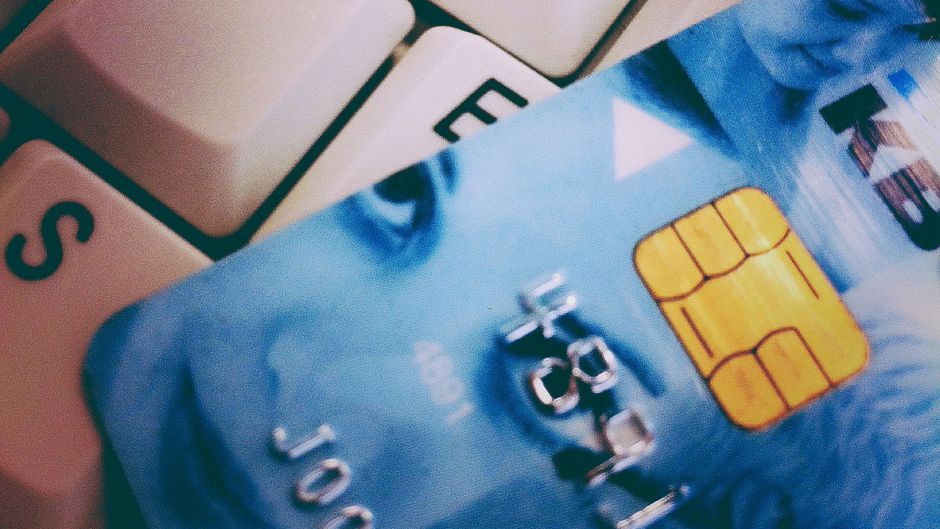 I was recently on the fast train from Madrid to Valencia, during the week-long Semana Santa celebration. I expected each car to be packed with eager Spaniards traveling to see family. But only a handful of people were making the journey. Mentally, I noted this as another sign of the crisis that has left nearly a third of Spain unemployed: people can’t afford expensive train service so they take a slower train, a bus, or bum a ride with friends.

I recounted the ghost train experience to some friends, who were unsurprised: “No one takes the train, they use a service called BlaBlaCar,” said one. You go to the website, input your trip, and pay whatever price is on offer from drivers who are already making the trip. Drivers economize gas by taking passengers, and travellers can bypass slow private buses and expensive public trains. What better example of how technology is empowering individuals to come together in new productive ways?

BlaBlaCar is just one example of a closely followed movement in economics known as the ‘sharing economy’. Many have hailed this innovation as a tech-fueled end to ownership culture as we know it.

Sharing has been monetized — from Task Rabbit, which allows you to pay people to go grocery shopping or to assemble IKEA furniture, to websites where you can rent a puppy for the weekend. The trend offers upstart ways to circumvent normal businesses and a means to weather the ongoing recession by forsaking outright ownership. But despite rhapsodic noises from the tech chattering classes, this also perverts conventional notions of sharing and goodwill – endangering the spontaneous nature of what those terms used to mean.

While ‘sharing’ has become a buzzword on the lips of tech futurists everywhere, its recent invocations are less an explosion of altruism than signs of how American go-it-alone individualism and European austerity have been corrupting our vocabulary of social welfare.

The app era has inspired a lot of excitement about our new found abilities to connect with each other and cooperate outside of traditional structures of power. On a low impact level, this means that you can summon a car when drunk at 3 a.m. in a taxi-less neighbourhood (via Uber, the app that makes a driver with a smartphone into a livery car). Using Airbnb, you can slide a finger on a screen for a minute to book an apartment — allowing apartment owners to rent directly to tourists, circumventing hotels.

According to some, there is also a high-impact effect of these new technologies: we can all now join protest movements and insurrections through Twitter hashtags like #maidan, #tahrir, and #gezi.

Yet all of this technology has monetized parts of our lives that were previously free. Just as governments have balked at previously taken-for-granted subsidies like education and health care, preferring forms of funding such as lotteries, privatization, and vouchers, individuals have also rethought what the burden of sharing should be in their lives.

My BlaBlaCar-using friends do not hitchhike. As our capacity to make connections through the ether improves and our independence is purportedly enhanced, we have monetized everyday life in ways that may turn out to be far more pernicious than we first thought.

Today, sharing is under assault even in times and places in which it could be embraced. For all the upbeat New York Times stories about barter economies in debt-stricken Southern Europe, the real future of sharing has much more to do with the revanchist attack on welfare state provisions occurring in Madrid, Lisbon, and Dublin. Commitment to provisioning societies with common resources — such as education, infrastructure, and health care — is another scale at which we might examine our new notion of sharing. The picture is not pretty.

In 1925 French sociologist Marcel Mauss challenged conventional notions of gift-giving as forms of simple exchange, arguing that gifts have always had a primarily social, rather than economic, function. Presents were never quid-pro-quo but acted as unpayable bonds that created a cycle of interactions binding together individuals, families, tribes, and eventually entire societies. Assessing precise values was an important aspect of developing complex markets and societies but it was often anathema to social purposes that brought cohesion and prevented conflict amongst competing groups.

Giving prices to acts that were previously priceless, in the literal sense, is a key innovation of the sharing economy. While adding transparency to many interactions, this also rationalizes exchanges that used to be conducted for the sake of unquantifiable emotions like civility, neighbourliness, and compassion.

The trajectory of web-based sharing appears to be moving from sites like Couchsurfing, which enables travellers to crash on the sofa of a stranger for free, to sites such as Uber, Airbnb, and BlaBlaCar which determine how much that ‘couch’ should be worth given current market conditions, demand, and peer-reviews. These apps are exactly the kinds of services that appeal to the denizens of the world’s silicon Mount Olympuses. They resist centralized authority and embrace the much praised twin virtues of big data and hive thinking. Wall Street analysts are salivating at their potential market value.

Such websites also help to ameliorate emerging charges of tech elitism. After all, they are meant to help people save money and connect the world’s many consumer ‘Davids’ against the institutional ‘Goliaths’ who have strangled free markets with monopolistic practices. Indeed, the Guardian reported that car sharing has been identified by the director of France’s public railroad as a major transportation challenge in the future — an extra nail in the already half-sealed coffin of European public transport.

New forms of ‘sharing,’ at a price, also get to fly under the radar of criticism because they market themselves as essentially social: BlaBlaCar gets its name from a scale on which users can indicate their preferred amount of conversation while en route. This seems like a fairly good thing for travellers: make all rules explicit and state everything from the get-go. It follows the Zuckerberg social dictum of the millennial era: share everything.

Yet the very need to state all social norms shows that the app age has eroded our ability to tolerate difference. This applies to every part of our lives: now we can screen our mates on dating websites with thousands of questions that form an aggregated data set. We no longer must go-in-blind to situations in which big data is not backing us up. We’ve made our circles both more efficient but also smaller and with these innovations much spontaneity has been lost. Never again will one have to share a drink with a Republican or crash on the couch of a friend’s friend who loves country music. Indeed, monetized ‘sharing’ has far more in common with the libertarianism of homesteaders and survivalists rather than any kind of technology-endowed sociality.

Our concept of what sharing means has gone from The Gift to the paid-for lift and how we assess public goods has also changed dramatically: urban commons have been ceded to private-public management initiatives and post offices sport ‘for sale’ signs. In Europe, the welfare state of yesterday has been put on anemic rations.

In the face of all this, our focus on techie miracles seems not only misdirected but like willful deflection.

So is sharing an idealized thing of the past that we should relegate to the Boomers and their failed communes and hitchhiking trips? Do apps that monetize sharing actually bring us progress and fulfill our desire to assess the value of all things in a free and open market?

I don’t think so. Ten years from now, I don’t want to be living in a world where my friends must login and pay at dinnerparty.com before coming to my house, where toll roads dominate the landscape, and in which employers have casualized labour entirely by sending out calls for workers over apps that track able-bodied individuals in a certain area code.

This future would be home to a corrupted notion of solidarity in which we must stop and assess a price for all forms of kindness. As WH Auden said: “Almost all of our relationships begin and most of them continue as forms of mutual exploitation, a mental or physical barter…” But there are still some things best left off the shelves.

Let’s Share! Please Provide Your Credit Card To Get Started by Max Holleran is licensed under a Creative Commons Attribution-NonCommercial 4.0 International License.
Permissions beyond the scope of this license may be available at https://www.opendemocracy.net/.

Max Holleran is a PhD Candidate in sociology at New York University. His work concentrates on urban development in the European Union before the financial crisis of 2008.

Is Seoul the next Great Sharing City?