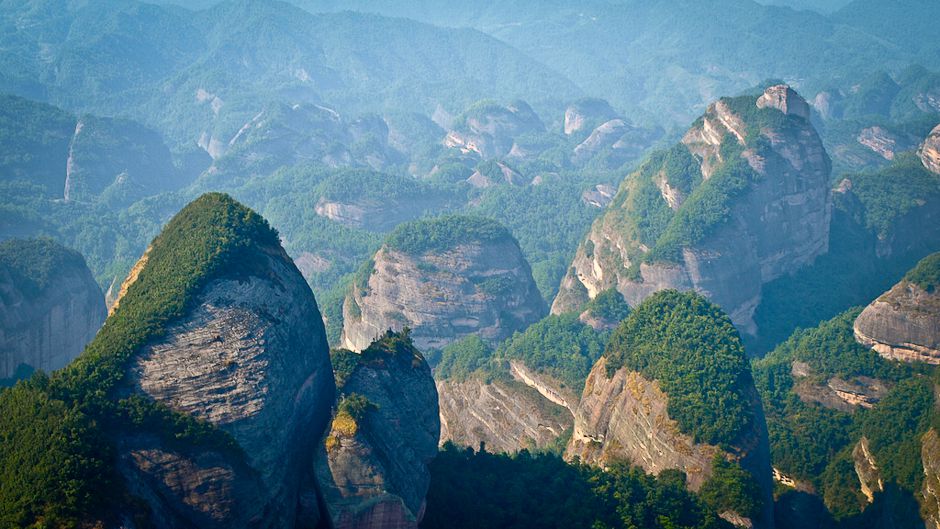 With the evidence of climate change impacts mounting and biodiversity loss rates rising, there is rarely good news on the nature front these days. Which is why it lifts the heart to see that the United Nations Educational, Scientific and Cultural Organization (UNESCO) last week recognized six new jewels of the natural world.

According to the International Union for Conservation of Nature, the Advisory Body on natural sites to UNESCO, about 8% of the world’s protected areas (e.g., national parks, nature reserves) are now World Heritage Sites. These places all qualify for UNESCO’s  “outstanding universal value” criteria and include a Sri Lankan “super biodiversity hotspot”, the world’s largest intact coral archipelago ecosystem in Kiribati, and part of a major reindeer migration route in Siberia.

“Recognising these sites also signals the need for conservation action. Threats such as climate change will be a significant future challenge for most World Heritage sites,” said Tim Badman, Head of IUCN’s the World Heritage Programme, upon the closing of the meeting.

Here are brief descriptions of the spectacular natural places added to the List:

China Danxia (China)
This site in the sub-tropical zone of south-west China comprises six areas that host spectacular red cliffs and other types of erosional landforms like dramatic natural pillars, towers, ravines, valleys and waterfalls. These “landscapes have helped to conserve sub-tropical broad-leaved evergreen forests, and host many species of flora and fauna, about 400 of which are considered rare or threatened”, according to the details of the List. 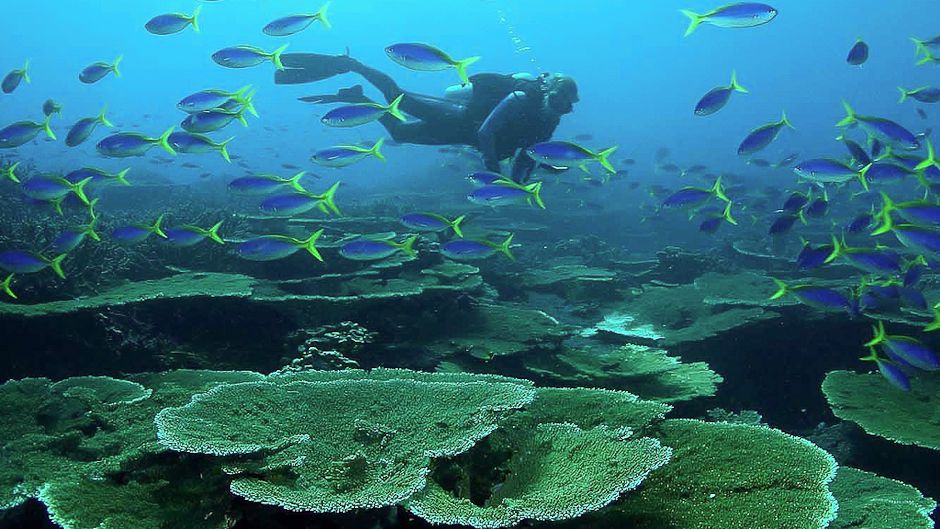 Phoenix Islands Protected Area (Kiribati)
This 408,250 km² expanse of marine and terrestrial habitats in the Southern Pacific Ocean is the globe’s largest designated marine protected area. The site includes the Phoenix Islands, one of Kiribati’s three island groups, and “conserves one of the world’s largest intact oceanic coral archipelago ecosystems, together with 14 known underwater sea mounts (presumed to be extinct volcanoes) and other deep-sea habitats”. If that doesn’t convince you of its List-worthiness, the area hosts approximately 800 known species of fauna, including about 200 coral species, 500 fish species, 18 marine mammals and 44 bird species. 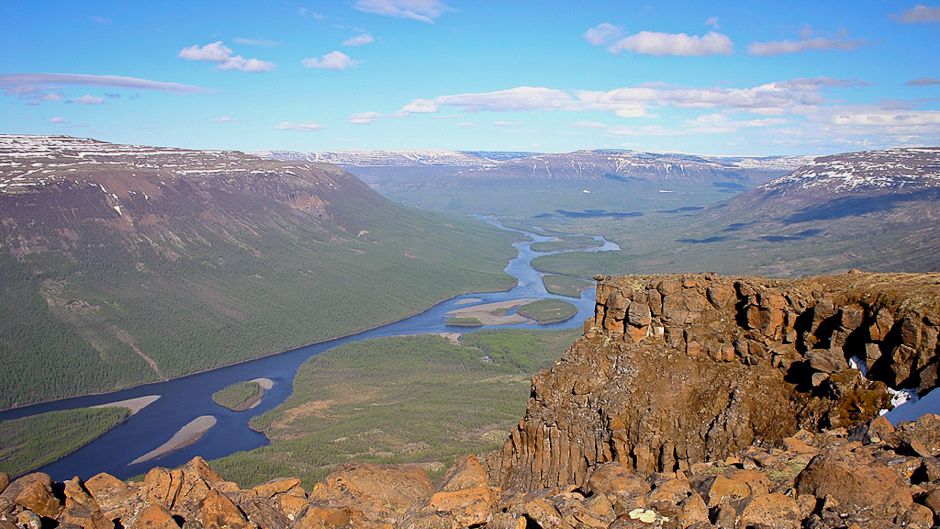 Putorana Plateau (Russian Federation)
This state nature reserve is located in the centre of the Putorana Plateau in northern Central Siberia, about 100 km north of the Arctic Circle. The part of the plateau that is inscribed as World Heritage “harbours a complete set of subarctic and arctic ecosystems in an isolated mountain range, including pristine taiga, forest tundra, tundra and arctic desert systems, as well as untouched cold-water lake and river systems.” Crossing the site is a major reindeer migration route that is “an exceptional, large-scale and increasingly rare natural phenomenon”. 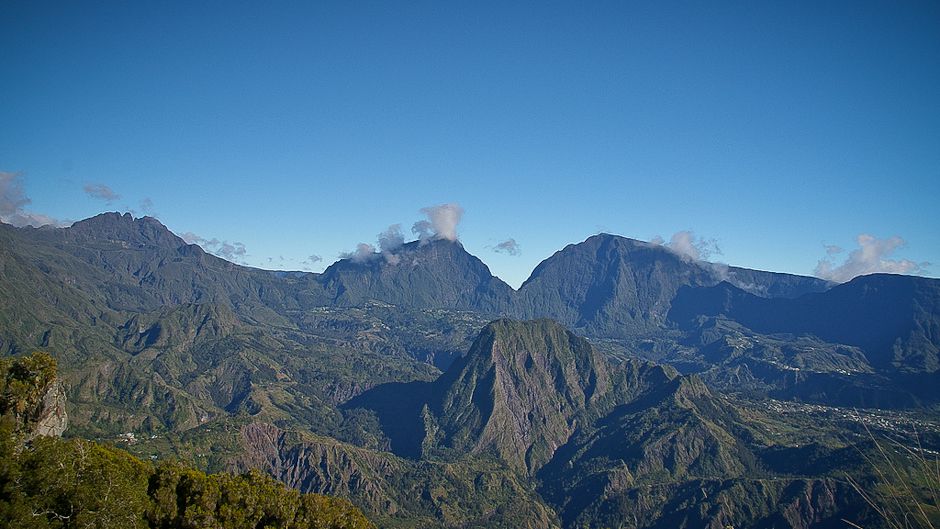 Pitons, Cirques and Remparts of Reunion Island (France)
With two towering volcanic peaks, massive walls and three cliff-rimmed cirques (a half-open steep-sided hollow at the head of a valley or on a mountainside, formed by glacial erosion), this site certainly seems to live up to the descriptor of “visually striking landscape”. However, its importance to biodiversity is also impressive — its ecosystems include subtropical rainforests, cloud forests and heaths, and offer an ideal harbour for a wide diversity of plants. 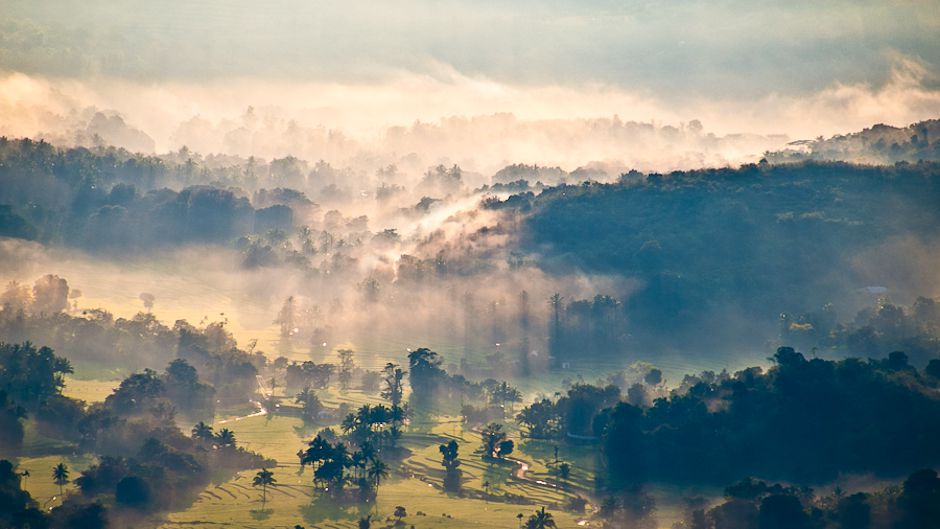 Central Highlands of Sri Lanka
Sri Lanka’s highlands are situated in the south-central part of the island. The site is actually a trio: the Peak Wilderness Protected Area, the Horton Plains National Park and the Knuckles Conservation Forest. These mountain forests in a region considered “a super biodiversity hotspot” are “home to an extraordinary range of flora and fauna, including several endangered species such as the western-purple-faced langur,  the Horton Plains slender loris and the Sri Lankan leopard”. 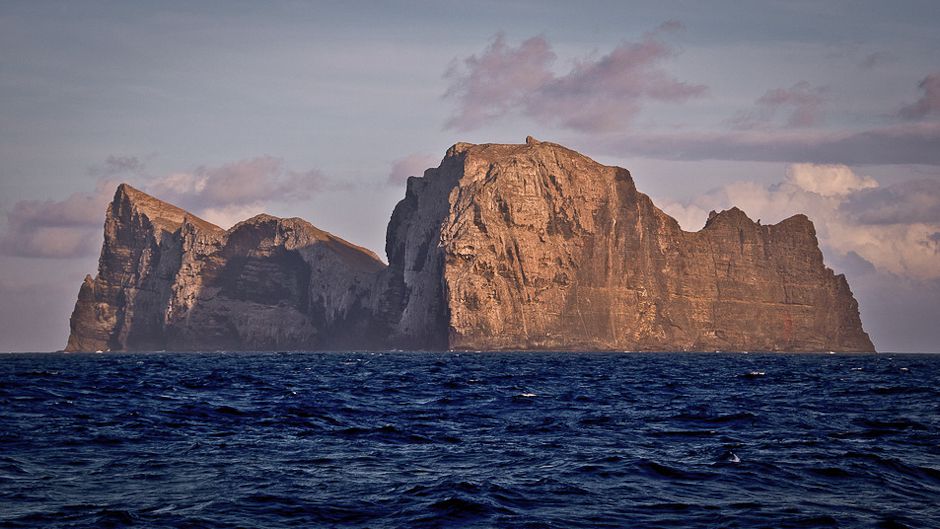 Papahānaumokuākea (United States)
Last but not least is the year’s one mixed site that was inscribed for both its natural and cultural values.  Papahānaumokuākea “is a vast and isolated linear cluster of small, low lying islands and atolls” roughly 250 km to the northwest of the main Hawaiian archipelago. The site includes the surrounding ocean, extending over 1,931 km and making it one of the largest marine protected areas in the world.  Made up of pelagic and deepwater habitats, its features include submerged banks, extensive coral reefs and lagoons. 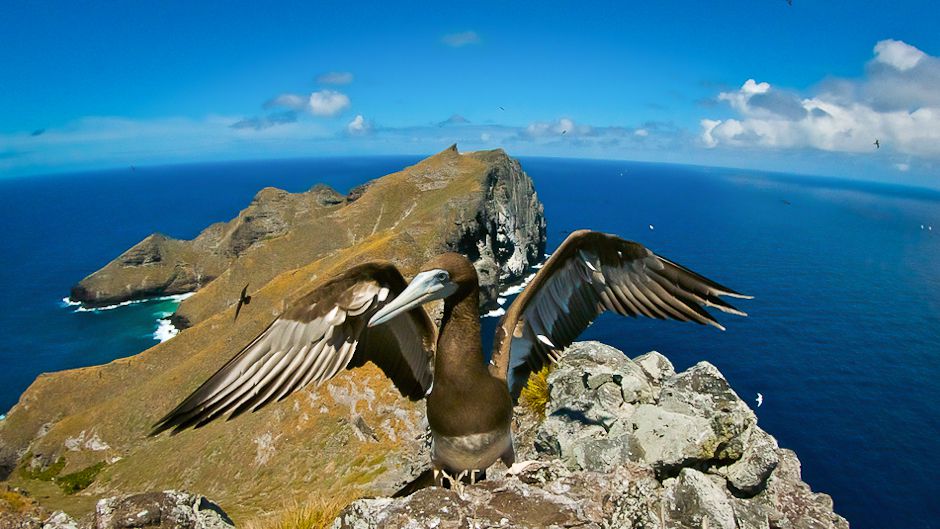 It is a place with deep cosmological and traditional significance for living Native Hawaiian culture. Not only it is an ancestral environment and an embodiment of the Hawaiian concept of kinship between people and the natural world, it is also the place where native Hawaiians believe life originates and spirits return after death.

The Committee, after examining the state of conservation of sites that are already listed as World Heritage, also updated its List of World Heritage in Danger. Rainforest areas of Madagascar and the wetlands of Everglades National Park, USA, have been added to the list of places in peril.

However, IUCN is worried about the removal of Galapagos Islands. Despite progress since being given “danger status” in 2007 (but originally inscribed in 1978), the islands are still threatened by serious conservation problems like invasive species.

“For severely threatened sites like the rainforests of Madagascar and the Everglades, Danger Listing can be a powerful conservation tool, because it focuses the world’s attention and mobilises conservation support,” says Allen Putney, Vice Chair for World Heritage of IUCN’s World Commission on Protected Areas.  “But only if this attention and support is translated into concrete and practical conservation action on the ground.”

With so many of Earth’s precious ecosystems under threat, wouldn’t it be lovely if, in this International Year of Biodiversity, we could begin to appreciate all the wondrous places and the ecosystems they nurture before they end up on a danger list?