Living the Indigenous Way, from the Jungles to the Mountains 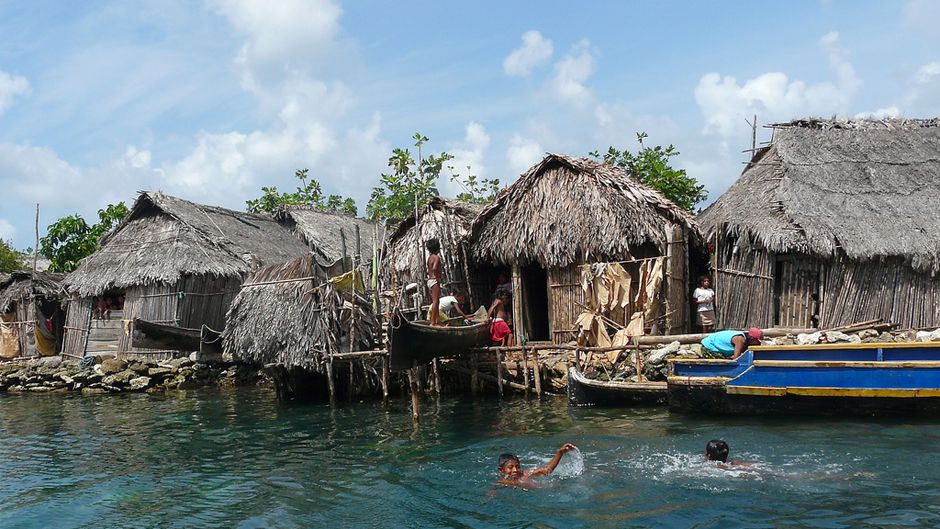 In the course of human history many tens of thousands of communities have survived and thrived for hundreds, even thousands, of years. Scores of these largely self-sustaining traditional communities continue to this day in remote jungles, forests, mountains, deserts, and in the icy regions of the North. A few remain completely isolated from modern society.

According to United Nations estimates, upwards of 370 million indigenous people are spread out over 70 countries worldwide. Between them, they speak over 5,000 languages.

But as the fingers of economic development reach into ever more distant corners of the globe, many of these communities find themselves — and their way of life — under threat.

The march of progress means that efforts are being made both to extract the resources on which these communities rely and to ‘mainstream’ indigenous groups by introducing Western medical, educational and economic systems into traditional ways of life. 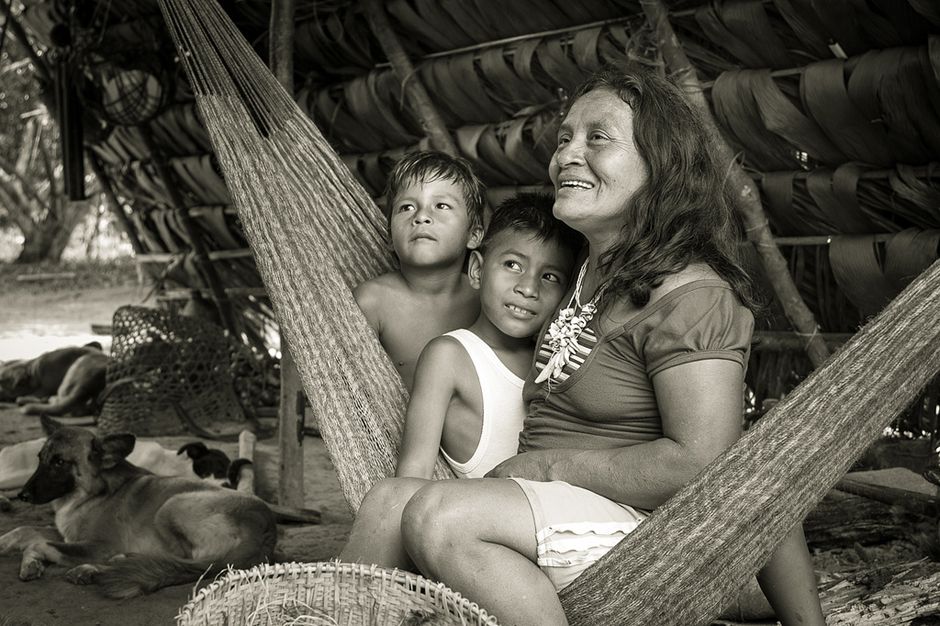 The Waorani are an Amazonian indigenous people who live in eastern Ecuador, in an area of oil drilling activity. No one knows how long they existed before the first encounter with Europeans in the late 1600s.

“Indigenous peoples will continue to work in our communities to strengthen our cultures and resist exploitation of our territories,” Enomenga stressed.

Although Ecuador has ratified the UN Declaration on the Rights of Indigenous Peoples, which grants communities the right to consultation on extractive projects that impact their customary land, organisations say that mining and oil drilling projects have cast doubt on the government’s commitment to uphold these rights, and spurred protests by indigenous peoples.

Ecovillages: a step towards an indigenous lifestyle

Despite their long history all indigenous and local communities are under intense pressure to be part a globalised economic system that offers some benefits but too often destroys their land and culture.

Worse, it’s a system that is unsustainable, and has produced global threats including climate change, and biodiversity crises.

In the past four decades alone, the numbers of animals, birds, reptiles and fish on the Earth has declined 52 percent; 95 percent of coral reefs are in danger of dying out due to pollution, coastal development and overfishing; and only 15 percent of the world’s forests remain intact.

The Intergovernmental Panel on Climate Change (IPCC) estimates that greenhouse gas (GHG) emissions due to human activity have increased the global average temperature 0.85 degrees Celsius and will go much higher, threatening human civilization unless emissions are sharply reduced.

“Living well is all about keeping good relations with Mother Earth and not living by domination or extraction,” says Victoria Tauli Corpuz, the UN Special Rapporteur on the Rights of Indigenous Peoples

Modern western culture has only been in existence some 200 years and it’s clearly unsustainable, according to Lee Davies, a board member of the Global Ecovillage Network (GEN).

For 20 years GEN has helped thousands of villages, urban neighbourhoods and intentional communities live better and lighter on the Earth.

“Traditional indigenous communities offer the best example of sustainability we have,” Davies said in an interview with IPS.

GEN communities have high quality, low impact ways of living with some of the lowest per capita carbon footprints in the industrialised world.

Findhorn Ecovillage in the United Kingdom is one of the best known and has half the ecological footprint of the UK national average. 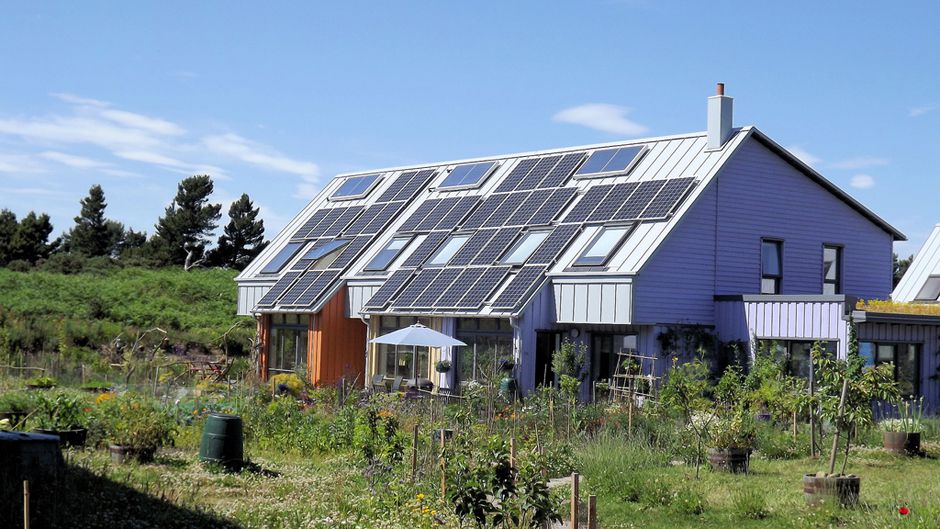 Senegal has 45 ecovillages and recently launched an ambitious effort to turn more than 14,000 villages into ecovillages with full community participation.

Among its members, GEN counts the Sri Lankan organisation Sarvodaya, a rural network that includes 2,000 active sustainable villages in the island nation of 20 million people.

“This is all about finding ways for humanity to survive. Much of this is a return to the values and practices of indigenous peoples,” Davies said.

Life is hard for mountain-dwelling communities, especially as the impacts of climate change become more and more apparent, according to Matthew Tauli, a member of the indigenous Kankana-ey Igorot community in the mountainous region of the Philippines.

The Philippines is home to an estimated 14—17 million indigenous people belonging to 110 ethno-linguistic groups, accounting for nearly 17 percent of the population of 98 million people. A huge number of these peoples face threats to their traditional ways of life, particularly as a result of forcible displacement from, or destruction of, their ancestral lands, according to the United Nations.

As everywhere in the world, communities from the Northern Luzon, the most populous island in the Philippines, to Mindanao, a large island in the south, are fighting hard to resist destructive forms of development. 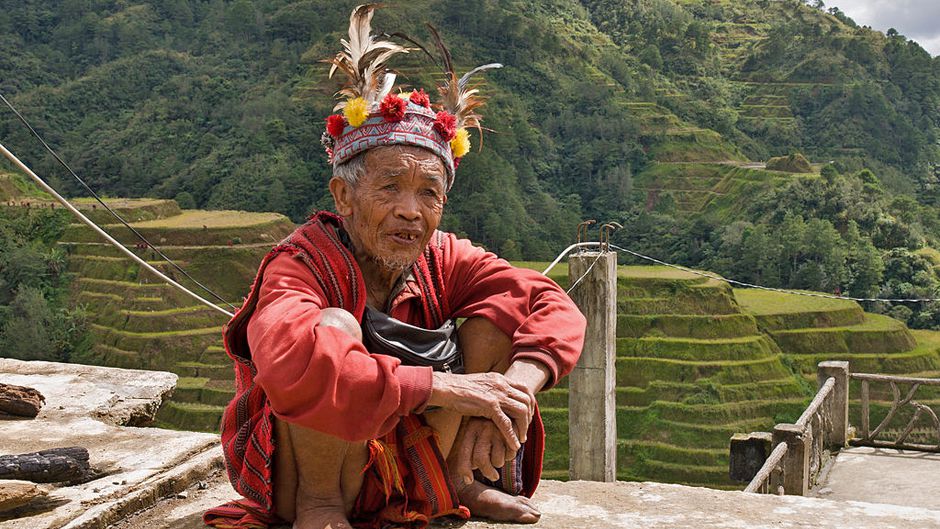 Man of the Ifugao tribe, part of the Kankana-ey Igorot society in the mountainous region of the Philippines. Photo: CEphoto. Creative Commons BY-SA (cropped).

Their struggles find echo in other parts of the region, particular in countries like India, home to 107 million tribal people, referred to locally as Adivasis.

“We resisted the government’s efforts to make us grow plantations and plant the same crops over wide areas,” K. Pandu Dora, an Adivasi from the Indian state of Andhra Pradesh, told IPS.

Andhra Pradesh is home to over 49 million people. According to the 2011 census, scheduled tribes constituted 5.3 percent of the total population, amounting to just under three million people.

Dora’s people live on hilltops in forests where they practice shifting cultivation, working intimately with the cycles of nature.

With over 70 percent of the state’s tribal and farming communities living below the poverty line, unsustainable agricultural practices represent a potential disaster for millions of people.

Already, climate change is wreaking havoc on planting and harvesting practices, disrupting the natural cycles that rural communities are accustomed to.

Unlike the farmers stuck in government-sponsored programmes, however, Dora’s people have responded by increasing the diversity of their crops, and remain confident in their capacity to innovate.

“We will find our own answers,” he said.

In drought-stricken Kenya, small farmers who relied on a diverse selection of crops continue to do well according to Patrick Mangu, an ethnobotanist at the Nairobi National Museum of Kenya.

Climate change is wreaking havoc on planting and harvesting practices, disrupting the natural cycles that rural communities are accustomed to but local peoples are responded by increasing the diversity of their crops.

“Mrs. Kimonyi is never hungry,” Mangu told IPS as he described a local farmer’s one-hectare plot of land, which has 57 varieties planted in a mix of cereals, legumes, roots, tubers, fruit and herbs.

It is this diversity, mainly from local varieties that produced edible products virtually every day of the year, that have buffered Kimonyi from the impacts of drought, he said.

Nearly half of Kenya’s 44 million people live below the poverty line, the vast majority of them in rural areas of the central and western regions of the country.

Embracing traditional farming methods could play a huge role in improving incomes, health and food security across the country’s vast agricultural belt, but the government has yet to make a move in this direction.

Protecting the people who protect the Earth

Traditional knowledge and a holistic culture is a key part of the longevity of many indigenous peoples. The Quechua communities in the Cuzco region of southern Peru, for instance, have used their customary laws to manage more than 2,000 varieties of potatoes.

“To have potatoes, there must be land, people to work it, a culture to support the people, Mother Earth and the mountain gods,” Alejandro Argumedo, a program director at the Quechua-Aymara Association for Nature and Sustainable Development (ANDES), told IPS.

The communities developed their own agreement for sharing the benefits derived from these crops, based on traditional principles. Potatoes are more than food; they are a cultural symbol and important to all aspects of life for the Quechua, said Argumedo.

But preserving this way of life is no easy undertaking in Peru, where 632 native communities lack the titles to their land.

For Mexican Zapotec indigenous communities located in the Sierra Norte Mountains of central Mexico, there is no private property.

Rather than operating their community-owned forest industry to maximise profits, the Zapotec communities focus on job creation, reducing emigration to cities and enhancing the overall wellbeing of the community.

Protecting and managing their forestlands for many generations into the future is considered part of the community obligation.

Local people run virtually everything in the community as part of their ‘duties’ as community members. This includes being part of administration, neighbourhood, school and church committees, performing all vital roles from community policeman to municipal president.

What makes this all work is communal trust, deeply shared values that arise from long experience and knowledge, said David Barton Bray, a professor at Florida International University in Miami.

“These kinds of communities will be more important in the years to come because they can address vital issues that the state and the market cannot,” Bray told IPS back in 2010.

Around the world the best-protected forests are under the care of indigenous peoples, said Estebancio Castro Diaz of the Kuna Nation in southeastern Panama. More than 90 percent of the forests controlled by the Kuna people, for instance, are still standing. 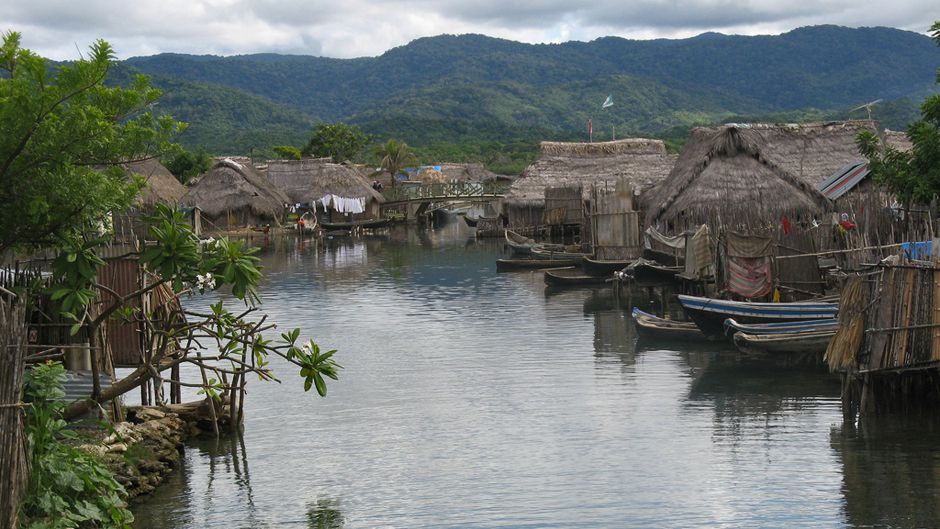 This does not hold true for the rest of Panama, which lost over 14 percent of its forest cover in just two decades, between 1990 and 2010.

“The forest is a supermarket for us, it is not just about timber. There are also broad benefits to the larger society for local control of forests,” Diaz said.

“In Guatemala forests managed by local people have 20 times less deforestation than those managed by the state, in Brazil it is 11 times lower,” said Tauli Corpuz.

However many governments neither recognise indigenous land tenure rights nor their traditional ways of managing forests, she added.

The overarching issue when it comes to dealing with climate change, biodiversity loss and living sustainably requires changing the current economic system that was created to dominate and extract resources from nature, she asserted.

“Modern education and knowledge is mainly about how to better dominate nature. It is never about how to live harmoniously with nature.

“Living well is all about keeping good relations with Mother Earth and not living by domination or extraction,” she concluded.