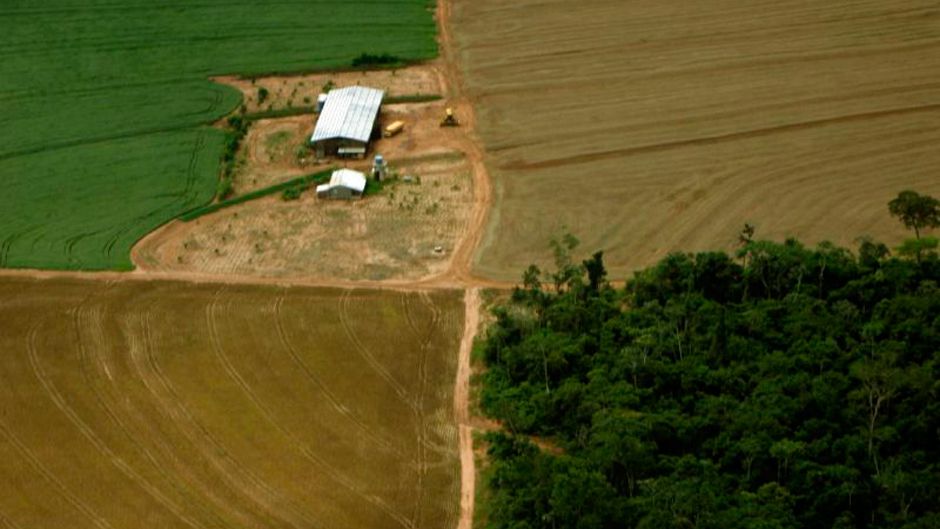 San Martín is one of the three most deforested Amazon regions in Peru. But now local residents and non-governmental organisations have joined with local and regional authorities to defend the flora, fauna and water resources and halt the destruction of the rainforests.

As the region’s rivers began drying up, the residents of San Martín, in the central Peruvian rainforest, were spurred to participate in a government programme that provides concessions over state-owned lands rich in biodiversity for the purposes of conservation.

So far they have been granted four concessions, covering a total area of 267,133 hectares, while waiting for a reply on five other requests.

Over the last 50 years, more than 1.6 million hectares of old-growth forests have been cleared in San Martín, an amount equivalent to 30 percent of the total area of the region, according to non-governmental environmental groups.

In addition, there were 1,711 forest fires recorded in the country last year, compared to 968 the previous year.

“We live in a region where deforestation is already having an impact on access to and availability of environmental goods and services that are crucial for survival, especially water,” Karina Pinasco, a representative of the non-governmental Association of Amazonians for the Amazon (AMPA), told Tierramérica.

Numerous cities in the region are only supplied with water two hours a day. The situation has been aggravated by the influx of people from the Andes region, oil and mining projects, and the impacts of climate change, Pinasco noted.

“Changes in the climate are increasingly extreme,” she said. Periods of drought, heavy rainfall and cold waves have intensified, she explained.

The people of San Martín have become aware of the need to organise, said the activist, and now realise that “not everything can be left in the hands of the authorities.”

[quote quote=”The conservation concessions guarantee the legal security of the communities’ territories and prevent the granting of other rights in the same place, which helps to prevent conflicts.” type=”text” ]

Throughout Peru, 26 conservation concessions have been granted by the national and regional forestry authorities, valid for periods of up to 40 years and renewable upon expiry.

In addition, there are close to 994,000 hectares of land protected under different legal instruments, equivalent to an area larger than Lake Titicaca in the southeastern region of Puno, according to the non-governmental Peruvian Environmental Law Society (SPDA).

Conservation concessions have the greatest demand countrywide, and cover a total of 796,208 hectares in state-owned natural areas where priority has been placed on the preservation of biodiversity and maintenance of environmental services.

But the country’s laws also provide for other forms of protection: conservation areas on privately owned land; “servidumbre ecológica” or conservation easement, in which several landowners agree to develop an environmental service without state involvement; and ecotourism concessions.

The conservation concessions guarantee “the legal security of the communities’ territories and prevent the granting of other rights in the same place, which helps to prevent conflicts,” said Pinasco.

The four concessions in San Martín protect strategic areas that contribute to the sustainable management of Río Abiseo National Park, recognised by the United Nations Educational, Scientific and Cultural Organisation (UNESCO) as a World Natural and Cultural Heritage site in 1990.

The largest of the concessions is the one in Alto Huayabamba, which encompasses the Marañón and Huallaga river basins and highland plains between 4,670 and 1,800 metres above sea level.

In Alto Huayabamba there are 12 permanent and temporary lagoons, as well as animal species like the Peruvian yellow-tailed woolly monkey (Oreonax flavicauda) and a material record of the Chachapoya indigenous culture.

“The Huayabamba river basin is a key area for San Martín and the Amazon region. Its forests regulate the water system and store significant stocks of carbon and other greenhouse gases,” Pinasco commented.

On Dec. 27 the official gazette El Peruano published the regional ordinance that declares the Huayabamba basin a restricted area for mining and oil activity and for human settlements.

[quote quote=”This model controlled by organisations of local residents is an interesting approach that allows them to play a leading role in the management of their territory.” author=”Pedro Solano, Peruvian Environmental Law Society” type=”text” ]

AMPA obtained this concession in 2006 and supports other local community initiatives, such as those in Ojos de Agua, Huicungo and El Breo, with the aim of reducing the pressure of extractive activities.

For most of the last 50 years, conservation was the exclusive responsibility of the state, stressed Pedro Solano of the SPDA. “This model controlled by organisations of local residents is an interesting approach that allows them to play a leading role in the management of their territory,” he said.

Currently, five of the 25 regional governments have the authority to grant forest concessions. San Martín was the first to exercise this right, and opted for conservation projects, instead of logging projects.

“In San Martín there is the largest number of municipal and regional conservation initiatives, because the authorities have come to realise that they should support them,” Solano told Tierramérica.

The authorities and residents of San Martín spearheaded a legal battle that resulted in a landmark decision. In 2009, the Constitutional Court ruled to protect the Escalera Cordillera Regional Conservation Area, where a concession had been granted for oil exploration.

“It is the only state ruling where life was given higher priority than private investment,” commented Pinasco.

The Escalera Cordillera encompasses the headwaters of the Cumbaza, Caynarachi and Shanusi rivers, which supply water to more than 300,000 people.

Milagros Salazar specializes in covering social and environmental conflicts, in particular those relating to the mining, oil and gas industries in Peru. She also writes about the illegal production and trade of cocaine, which leads her to travel in different areas of the country. Salazar began collaborating with IPS in June 2006 and also writes for Lima’s daily La República. Since 1993, she has been working as an Editor and Correspondent for several national dailies, including Expreso and El Peruano. Born in Lima in 1976, Salazar holds a Bachelor’s degree in Social Communication from the Universidad Nacional Mayor de San Marcos and a Master’s degree in Human Rights from the Pontificia Universidad Católica de Perú. She has also pursued further study on political governance as part of programmes sponsored by the George Washington University (United States).