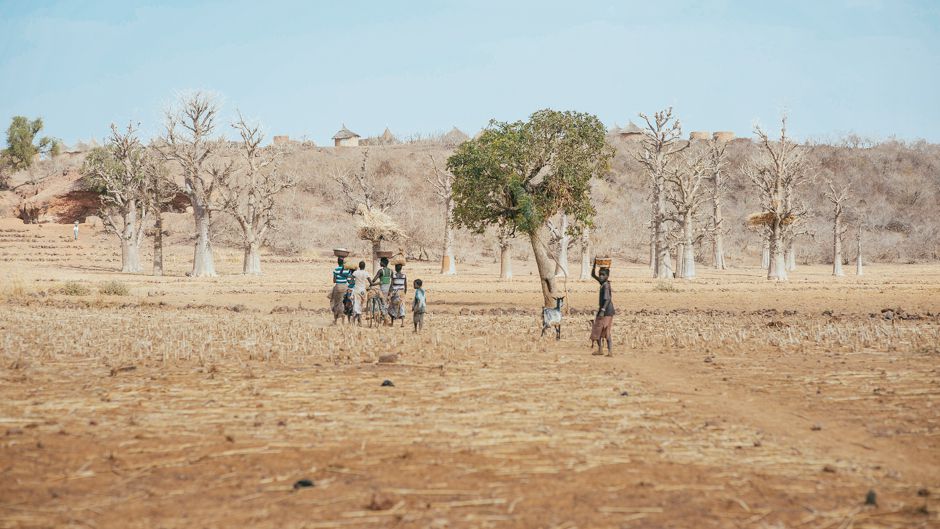 In the lead-up to this week’s high-level Climate Conference, COP19, in Warsaw, Poland the United Nations University Institute for Environment and Human Security (UNU-EHS) released a new research report focusing on the loss and damage that climate change is already causing. The report finds that despite adaptation efforts, vulnerable communities are experiencing loss and damage that are threatening their most fundamental needs, livelihood and food security.

“Our research findings clearly show that current levels of adaptation and mitigation efforts are insufficient to avoid negative impacts from climate stressors. Policy responses are needed now,” explained Dr. Koko Warner, Scientific Director of the Loss and Damage Initiative at the United Nations University. “People are feeling impacts right now that affect their food security and way of life. These negative effects will only grow unless we take action. Maintaining the status quo is no longer an option.”

The scientific case studies in the current report explore the impacts of floods and droughts in Burkina Faso, Ethiopia, Mozambique and Nepal, and build on earlier research conducted in Kenya, the Gambia, Bangladesh, Bhutan and Micronesia. In total 3,269 household interviews and over 200 focus groups were conducted for all nine case studies.

“Time and time again the study found that households that are already struggling, are forced into deeper poverty due to climate change impacts,” said Dr. Fatima Denton, Coordinator of the African Climate Policy Centre.

Despite applying a variety of coping and adaptation measures to mitigate the damage caused by climate change, 96 percent of households surveyed in selected districts in Ethiopia, 78 percent in Nepal, 72 percent in Burkina Faso and 69 percent in Mozambique still experienced severe negative impacts on their household budgets. Three out of four surveyed households across the study sites reported that they have to cut down on the number of meals or reduce portion sizes — a clear sign that coping capacity is inadequate. As the households in the case study regions are primarily small-scale farmers, climate change impacts, such as changing rainfall patterns, increased frequency of flood and drought, also directly and critically threaten their livelihood security in addition to their food security.

“Following a severe flood in Ethiopia in 2007, 94 percent of respondents reported that their crops were severely damaged or entirely destroyed. Large-scale destruction of crops also lead to higher food prices, which made staple foods such as maize unaffordable,” stated Dr. Fatima Denton, Coordinator of the African Climate Policy Centre (ACPC), a partner for the African case studies. “Time and time again the study found that households that are already struggling, are forced into deeper poverty due to climate change impacts. When adaptation is insufficient to manage climatic stressors, the loss and damage that results will undermine human well-being and sustainable development.”

While loss and damage from climate change impacts are commonly expressed in monetary terms, non-economic loss and damage, such as loss of culture and identity, may actually have the most far-reaching and significant consequences. In Burkina Faso, pastoralists have had their herds decimated due to lack of water and fodder. This represents not only a loss of physical assets but also a critical loss of cultural identity and way of life.

The evidence on loss and damage presented in this UNU-EHS report comes at a crucial time during the climate negotiations in Warsaw, Poland, where there is a mandate to establish institutional arrangements to address climate change-related loss and damage.

For more information on the UNU-EHS Loss and Damage in Vulnerable Countries Initiative research please download the files below or visit the UNU-EHS website.

Janine Kandel is the Information and Communications Officer at the United Nations University Vice-Rectorate in Europe.

Negotiators Told ‘The World is Ready’ for Climate Change Deal