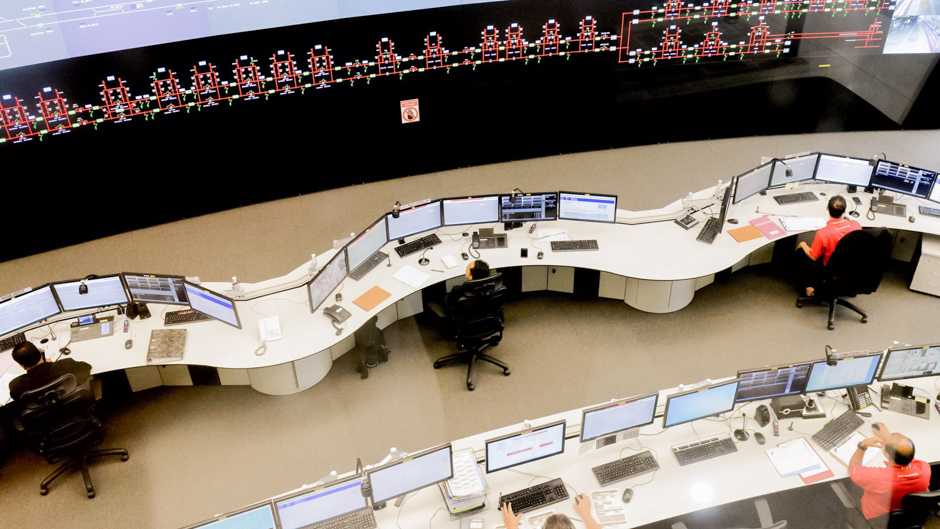 Malaysia’s economy is booming. In 2017, the country’s Gross Domestic Product (GDP) growth hit 5.8 per cent — higher than its neighbours in Indonesia, Thailand, and Singapore. With growth projected to be 5.3% in 2018, Malaysia is well on its way to achieving high-income status. Exports and incomes are also on the rise; Malaysia’s export figures have increased tenfold since 1990, and Gross National Income reached US$10,000 — nearly double and triple that of Thailand and Indonesia respectively. Malaysia is now ranked as the 23rd most competitive nation in the world, and the 15th most efficient in government spending, outperforming the UK, Japan, and Canada.

So, where is this strong growth coming from? It is the direct result of Malaysia’s 20-year investment in the information and communication technology sector.

Research conducted in the 1990s indicated a direct correlation between economic growth rates and investments in technology. Europe did not invest in the sector and experienced slow growth, while the US invested heavily and experienced strong growth. Now we are seeing this same phenomenon play out in Malaysia, thanks primarily to four big investments.

First, Malaysia’s government under the premiership of Tun Dr Mahathir Mohamad, introduced the flagship Multimedia Super Corridor in 1996, which aimed to implement an electronic information system to boost the efficiency of government operations, deliver more cost-effective public services, and decrease bureaucratic delays. This initiative sparked many successes, including the launch of the Total Hospital Information System, which was implemented in 13 hospitals in 2002 alone. It offered a comprehensive online tool integrating clinical, administrative, and financial systems into one unified platform. The response to these initiatives has been promising: the last Malaysia User Satisfaction Evaluation, carried out in 2016, indicated that 80% of government website users are satisfied with these online services.

Malaysia’s National Transformation 2050 Agenda promises to drive more investment, more development, and even more return on investment, charting a clear course for Malaysia to join the world’s most successful nations.

Second, the Malaysian government introduced the National Broadband Initiative in 2007. The World Bank estimates that for every 10 per cent increase in broadband penetration, GDP will grow 1.3 per cent. Moreover, a 2012 study on quality of broadband acknowledged that doubling the broadband speed might contribute another 0.3 per cent to the GDP growth rate. Recognising this potential, the Malaysian initiative expanded broadband coverage and speed through an agreement between the government and a state-owned telecommunication company. It also installed 3,500 kilometres of submarine fibre-optic cables, connecting Peninsular Malaysia in the west to Sabah and Sarawak in the east. As a result, Malaysia’s household broadband penetration per 100 inhabitants reached 99.8 per cent in 2016, compared to just 19.4 per cent in 2011.

Third, starting in 2013 the country began implementing the Malaysia Education Blueprint, which highlights the importance of technology in achieving a world-class education system. As of 2013, the government spent 5.5 per cent of its GDP on education — much more than its neighbours Japan, Thailand, Indonesia, and Singapore. Thanks to this, Malaysian schools are equipped with computers, computer labs, broadband internet, and virtual learning environments.

Fourth, the National Transformation 2050 Agenda, launched in 2017, aims to position Malaysia as one of the top 20 nations in economic development, social advancement, and innovation by 2050. The Agenda outlines five focus areas, including information and communication technology. The Agenda notes the ongoing explosion in internet bandwidth, processing power, and digital storage capacity as well as the rise of broadband and mobile connectivity, the Internet of Things, robotics, and artificial intelligence. In the future, the Agenda envisions automation and robotics as part of domestic construction, transport, and city assets. Given the country’s current pace of innovation, and the strong drive for continued growth, these concepts will undoubtedly become reality in the Malaysia of 2050.

Malaysia’s impressive economic growth figures prove the government’s bid to invest in information and communication technology has paid off in a big way. And this is just the beginning for the country. The 2050 Agenda promises to drive more investment, more development, and even more return on investment, charting a clear course for Malaysia to join the world’s most successful nations by 2050.

Elected again this month as the 7th Prime Minister of Malaysia, Tun Dr Mahathir Mohamad is expected to chart another fascinating future for the country. During his prior 22-year tenure as the 4th Prime Minister, his approach demonstrated how technological advances can drive economic development. This time around, it is hoped that a technology push continues because, in the case of Malaysia, as in other countries, a strong investment in technology has proved to be a strong investment in the nation’s future.

Megat Tajuddin is Head of Performance and Innovation at Public Works Department (PWD) Malaysia and a previous Government Fellow at the UNU Operating Unit on Policy-Driven Electronic Governance (UNU-EGOV). In his 20 years at PWD, he has implemented more than RM 2 billion (USD 500 million) in information technology projects.

Ibrahim Rohman is a Research Fellow at the United Nations University Operating Unit on Policy-Driven Electronic Governance (UNU-EGOV). His current research analyses the relationship between electronic governance implementation and country competitiveness, Research and Development, and innovation and shadow economy.