Mali in the Frontlines of Climate Change 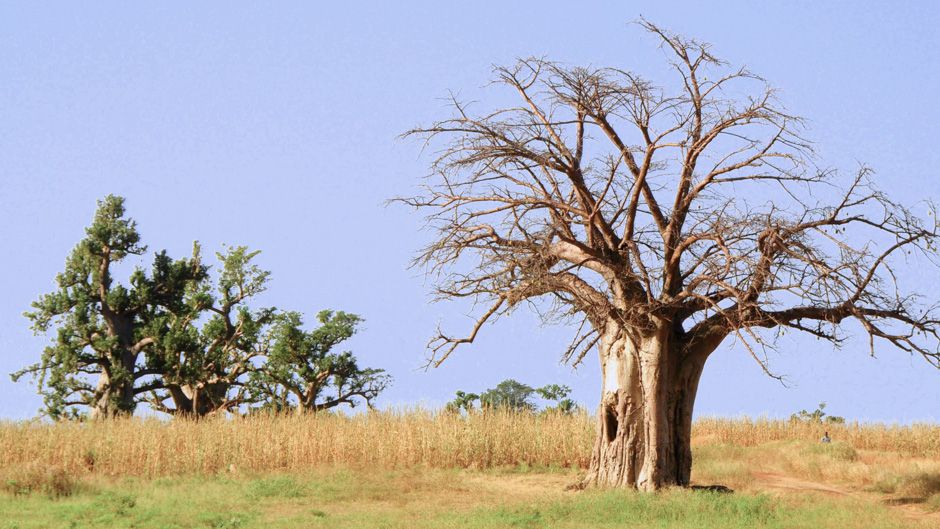 As the 17th Conference of the Parties wraps up in Durban, South Africa, the scientific consensus on climate change risks has never been clearer.

Just days before the opening of the conference, the Intergovernmental Panel on Climate Change (IPCC) released a special summary report (the full report is due out in early 2012) on extreme events and disasters. Its conclusions were sobering. For example, should we continue to increase emissions, “what is today a one-in-20 year hottest day, will become a one-in-two year event”, according to an IPCC working group co-chair.

In parallel, the International Energy Agency (IEA), which advises the rich countries of the Organization for Economic Cooperation and Development (OECD), issued an unusually stark warning in its latest flagship report, the 2011 World Energy Outlook. According to the IEA, we have no more than five years to reverse business-as-usual and avoid catastrophic and irreversible climate change. 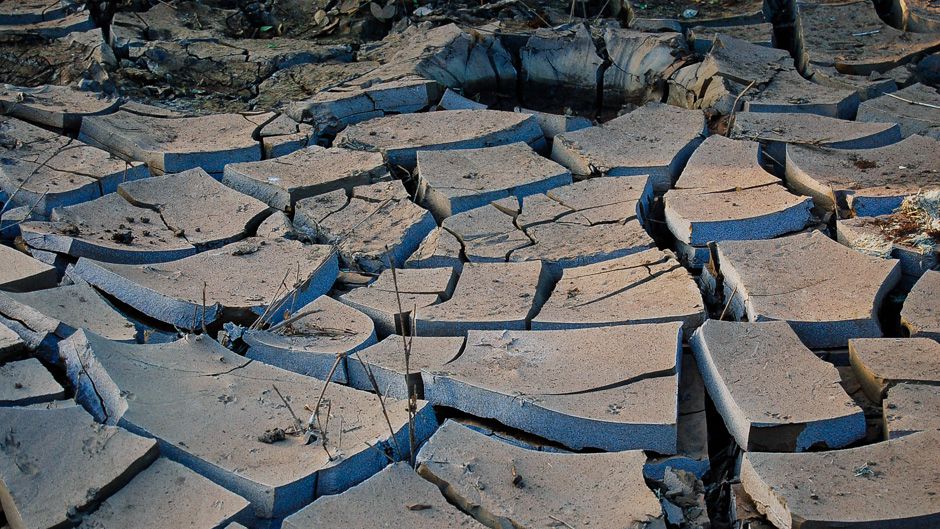 Yet, world leaders appear to be unable, or unwilling, to lay the groundwork for reducing greenhouse gas (GHG) emissions. While climate change “sceptics”, often close to powerful vested interests, distort the science and delay change in developed countries, fast-growing developing countries are also making any serious global agreement to reduce emissions difficult to achieve.  An undesirable coalition of “big-emitters” appears to be gambling with the Earth’s climate.

Meanwhile, for a growing number of countries, climate change is no longer a distant prospect. As a “Young Scholar” of the Red Cross/Red Crescent Climate Centre, earlier this year, I was able to conduct research on climate change adaptation in one of the most vulnerable countries on Earth — Mali.

With a lively cultural scene, several historical sites inscribed on UNESCO’s World Heritage List and a dynamic civil society, Malians are rightly proud of their country and  culture.

Yet Mali ranks 175th out of 187 in the United Nations Human Development Index, lower than Afghanistan or Ethiopia, and 80% of the population relies on traditional agriculture or fisheries, both highly vulnerable to climate change. With almost half of the population under 15, it is expected that the population will double within 20 years, a major challenge in terms of food security, as agricultural productivity is not following demographic trends.

While the world reaches a “perfect storm” of tensions related to energy, water and food shortages by 2030, accessing international food markets may prove too expensive for Mali and similarly vulnerable countries. Mali, considered to be in a “serious” condition on food security, already imports large quantities of rice and wheat.

In addition, the geography of the country may well diminish its chances of development. According to Professor Paul Collier, former Director of the Research Department at the World Bank, when a country is resource-scarce, landlocked and surrounded by neighbours that “do not have opportunities or do not take them”, then, it is usually condemned to “the slow lane”. Mali matches this definition.

Worse, with the recent kidnappings of Westerners and a deteriorating security situation, the tourism that offered an alternative livelihood to climate-vulnerable farmers is now on the brink of collapse.  Add to that an outbreak of cholera and a resurgent food crisis, and the seriousness of the situation becomes obvious.

In this context of pervasive vulnerability, the impacts of climate change, both chronic and catastrophic, such as more frequent and intense droughts or floods, have the potential to destabilize the country’s institutions.

Without action, climate change will reinforce the two main components that lead to disasters: climate hazards and social vulnerability.  Climate change should be seen as a “threat multiplier”. Mamby Fofana, a Malian expert working on climate change with the Swedish Embassy in Bamako, told me that if nothing is done, “all development efforts will be void”. 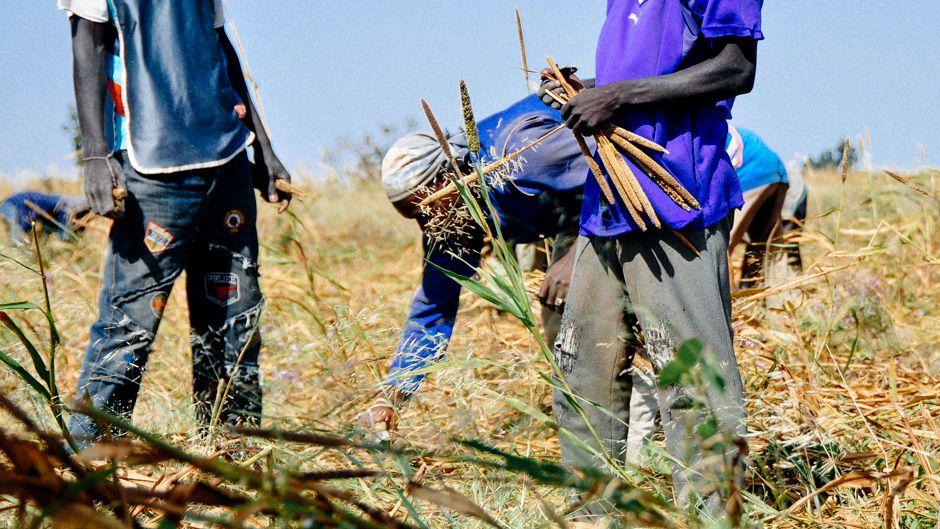 Picture from the village Bouwéré, in Mali. Photo: P.Casier (CGIAR).

In fact, Mali could face a self-reinforcing vicious cycle of famines, epidemics and conflicts. While this undesirable scenario may sound excessive to some, the cholera outbreak, resurgent food crises and security tensions in the north of the country, are all real events. These signals need to be taken seriously by both Malian policymakers and the international community.

Still, it is not all doom and gloom, as solutions exist to reduce the risks. Though climate projections for the Sahel region are particularly “challenging”, the new IPCC summary report identified various “low-regrets options” that reduce vulnerability across several hazard trends. Examples of cost-effective solutions include systems to harvest and store rainfalls, improved irrigation, access to drought-resistant crops and establishment of early warning systems. Community-based adaptation to climate change also offers immense opportunities to reduce vulnerabilities and work alongside local communities. These solutions need to be funded and deployed on a large-scale.

Adama Diarra, former President of the Malian Red Cross, told me that working with climate-vulnerable groups such as traditional hunters, herb gatherers and women (who are responsible for collecting wood) should be a priority. These groups that depend on their environment to survive could become trusted and accessible vectors of climate information in rural areas.

With the financial and technical support of the international community such as Sweden, Norway and the World Bank, Mali has just developed a long-needed climate change national plan of action, but the main question is whether or not it will be implemented. Its successful application will be crucial.

As half the population is under the age of 15, Mali’s youth will be at the forefront of climate change adaptation. Improved access to education and communication networks, notably via mobile phones, and a limited but increasing number of Internet users, provide opportunities for raising empowerment. Combined with an active civil society and free press unlike in many African countries, policymakers will be pressured to respond to the challenges of climate change.

Indeed, Professor Mark Pelling, an IPCC Coordinating Lead Author, demonstrates in his latest book, “Adaptation to Climate Change: From Resilience to Transformation”, how disasters can also lead to positive societal transformation. By exposing inequalities, disasters challenge the status quo. In his study, Professor Pelling shows how disasters in countries such as Bangladesh, Nicaragua and Mexico led to democratic reforms. More recently, the 2008 earthquake in China exposed high levels of corruption when public schools collapsed, as they were not built in accordance to building codes. Public protests followed.

Nevertheless, without a global commitment to reduce GHG emissions, adaptation will quickly reach its limits. When I recently had the opportunity to question IPCC Lead Author Dr. Clare Goodess on the limits of adaptation, she responded that “the less we mitigate, then adaptation does become harder or even impossible”. Similarly, UN Secretary-General, Ban Ki-moon, recently wrote in the Financial Times that “our capacity to adapt is limited, and is only viable in the context of effective mitigation”.

At this point, the issue of climate justice cannot be ignored. Countries that have contributed the least to climate change are paradoxically those that will suffer the most from its impacts. In 2009, Mali and its 14 million inhabitants emitted no more than 0.74 million tonnes of CO2, while just half a million Luxembourgers were responsible for the emission of more than 10 million tonnes of CO2. Developed countries have a moral obligation to mitigate their emissions and support least developed countries like Mali. The prompt establishment of the Green Climate Fund needs to be a priority.

Cynics, unmoved by the moral argument, may be more convinced by the security implications climate change could have. Well aware of the risks, a European Union report concluded that, “the core challenge is that climate change threatens to overburden states and regions which are already fragile and conflict prone”.

An OECD report added that “[r]ecent events in the Sahel, drawing attention to its role in the development of international terrorism and illegal trafficking and its particular vulnerability, place this region of Africa at the centre of global security concerns”

There is no silver bullet to the climate crisis, but solutions exist. Combined efforts from every corner of the Malian society, its youth, academics and policymakers, along with the financial and technical support of the international community, can transform the country.

Mali in the frontlines of climate change by Lionel Badal is licensed under a Creative Commons Attribution-NoDerivs 3.0 Unported License.

A former “Young Scholar” of the Red Cross/Red Crescent Climate Centre, Lionel currently works in the humanitarian sector. The opinions expressed in this article are the author’s own.