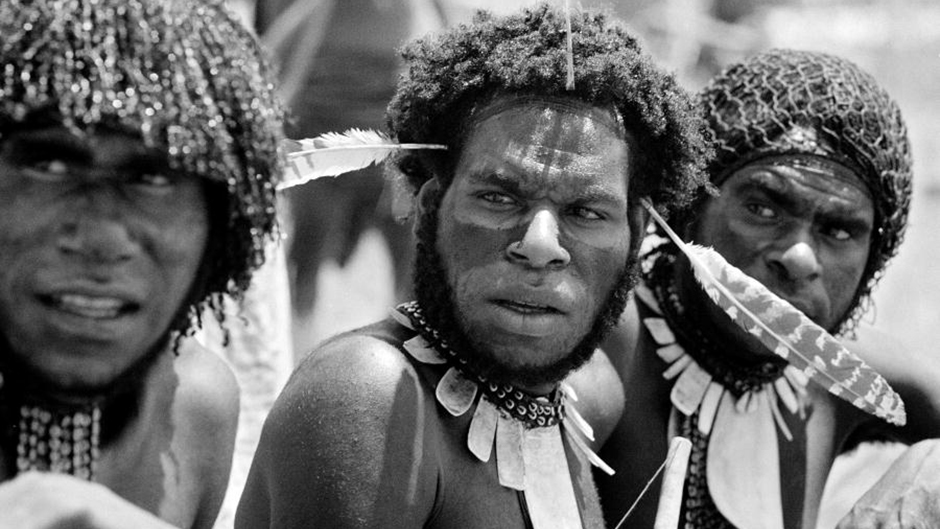 These are the words of Dr. Ilan Kelman, co-coordinator of Many Strong Voices, a programme that works to connect indigenous communities from around the world that are affected by climate change.

“What we do with Many Strong Voices is try to bring all these exciting, dynamic and strong [indigenous] voices together to give them a forum to lobby internationally, to talk to the media and to try to present, exchange and develop their ideas for dealing with climate change.”

Many Strong Voices works in particular with communities from the Arctic and from Small Island Developing States (SIDS).

“By bringing these people together, it’s amazing the commonalities that we find,” says Kelman.

“For example, for many of the communities, their livelihoods are based on fish. But with climate change, the ocean temperature changes, currents change, and so fish will move. Some species will migrate in, some will migrate out. It means that the knowledge that has sustained the people over centuries might be more difficult to apply to new fish.”

Many Strong Voices is concerned about the lack of consultation with indigenous people in international climate change negotiations.

“Often their ideas are marginalized, even though they can help. They know what’s going on in their communities, they know the challenges faced and they have solutions,” Kelman points out.

We have seen strong evidence of this in action from Our World 2.0 video briefs, filmed in countries like Papua New Guinea and Indonesia, where communities are empowering themselves from the bottom up.

Community leaders from the Carteret Islands shared with us their plans to relocate people who are being displaced by rising sea levels. We also heard from the Dayaks of Borneo on how they are protecting their forests by combining traditional and modern conservation methods.

These, and our forthcoming video briefs on communities in Central Asia have been developed in collaboration with the United Nations University Institute of Advanced Studies Traditional Knowledge Initiative (TKI).  TKI aims to “promote and strengthen research on traditional knowledge of indigenous and local communities conducted from a global perspective, grounded in local experience.”

According to Kelman, partnership with communities and organisations is essential to provide indigenous people with an outlet for their climate change knowledge, as well as for spreading awareness globally about the effects that are being felt in remoter regions.

Many Strong Voices is complementing work done by many other non-governmental and international organizations, he says, such as the  UNESCO Climate Frontlines and the World Wide Fund for Nature (WWF) International Climate Witness Programme that provide indigenous people with platforms to document their stories.

As well as being a passionate advocate for indigenous issues, Kelman is a Senior Research Fellow specialising in islands and disasters at the Center for International Climate and Environmental Research – Oslo (CICERO).

Perhaps reflecting his dual roles as a scientist and activist, he has an open and constructive mind when it comes to accepting both traditional and scientific knowledge.

“It’s amazing what different knowledge forms give, and what they do not give. So we find that science, for example, completely misses many local signals and the knowledge that people have gleaned from their environment over the years and passed down amongst generations.”

“Conversely, what science can give us are remote measurements from satellites, from aircraft as well as looking back thousands and millions of years trying to indicate what the environment might have looked like before and how it might look like in the future.”

Kelman told us about an interesting collaboration in Clyde Bay, Nunavut, in Northern Canada, where scientists are matching their knowledge with that of local people to determine how hunting seasons and techniques will have to change to respond to changing weather and ice conditions.

Based on consultations with its consortium of partners, Many Strong Voices is seeking tangible outcomes from December’s COP15 Conference in Copenhagen.

“What the indigenous people are pushing for, particularly for Arctic, for SIDS, but around the world, is that emissions have to be reduced,” Kelman informs us.

In addition, they are seeking a world mandate to assist those suffering directly from the challenges produced by climate change.

“They [indigenous people] need external support, particularly funding, in order to deal with climate change, such as moving buildings away from eroding sites, such as adjusting their livelihoods to changing weather.”

Despite the need for such external assistance, Kelman reiterates that indigenous communities can and should be leading these strategies for themselves.

“The small isolated communities know their land, they know their own people. They know from their knowledge and their history that things are changing and how they can deal with it.”

We can also help by calling on our leaders to ensure that the many, but varied indigenous voices, are heard strongly in global climate discussions.

Many Strong Voices by Mark Notaras is licensed under a Creative Commons Attribution-NonCommercial-ShareAlike 3.0 Unported License.