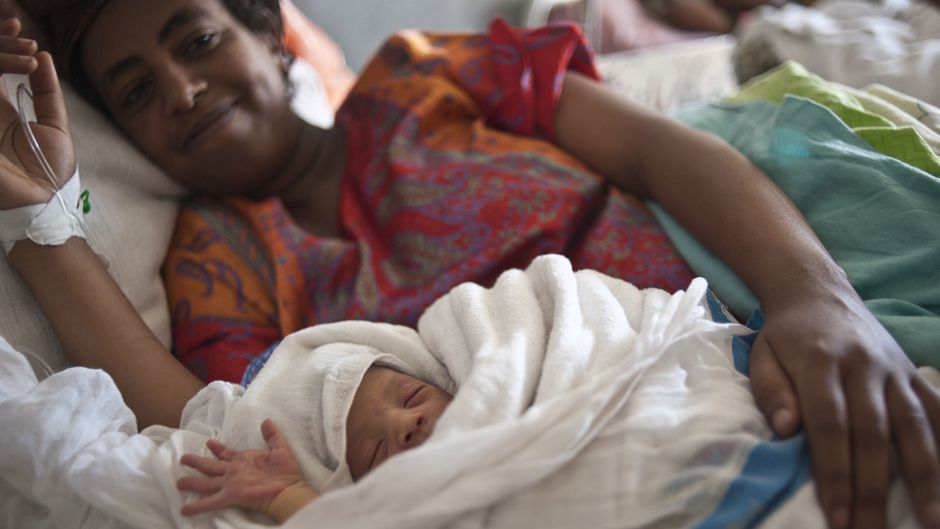 Rates of maternal deaths are down, according to United Nations figures released today, but pre-existing medical conditions heighten the risk of death for pregnant women and require continued investment in quality care during pregnancy and childbirth.

Among its findings, the report shows that 11 countries that had high levels of maternal mortality in 1990 have reached the Millennium Development Goal (MDG) target of a 75 percent reduction. These include Bhutan, Cambodia, Cabo Verde, Equatorial Guinea, Eritrea, Lao People’s Democratic Republic, Maldives, Nepal, Romania, Rwanda, and Timor-Leste.

“A 15-year-old girl living in sub-Saharan Africa faces about a 1 in 40 risk of dying during pregnancy and childbirth during her lifetime,” said Geeta Rao Gupta, Deputy Executive Director of the UN Children’s Fund (UNICEF).

“A girl of the same age living in Europe has a lifetime risk of 1 in 3,300 – underscoring how uneven progress has been around the world.”

Meanwhile, more than one in four maternal deaths are caused by pre-existing medical conditions such as diabetes, HIV, malaria and obesity, the health impacts of which can all be aggravated by pregnancy, according to a second WHO study.
According to the UN agency’s study of more than 60,000 maternal deaths in 115 countries, pre-existing medical conditions exacerbated by pregnancy caused 28 percent of the deaths. This is similar to the proportion of deaths during pregnancy and childbirth from severe bleeding.

This second report, “Global causes of maternal death: a WHO systematic analysis”, was published today in The Lancet Global Health.

“Together, the two reports highlight the need to invest in proven solutions, such as quality care for all women during pregnancy and childbirth, and particular care for pregnant women with existing medical conditions,” said Flavia Bustreo, Assistant Director-General for WHO’s Family, Women’s and Children’s Health.

Marleen Temmerman, Director of WHO’s Reproductive Health and Research, and co-author of the study, added that the figures show an increased burden from noncommunicable diseases on women.