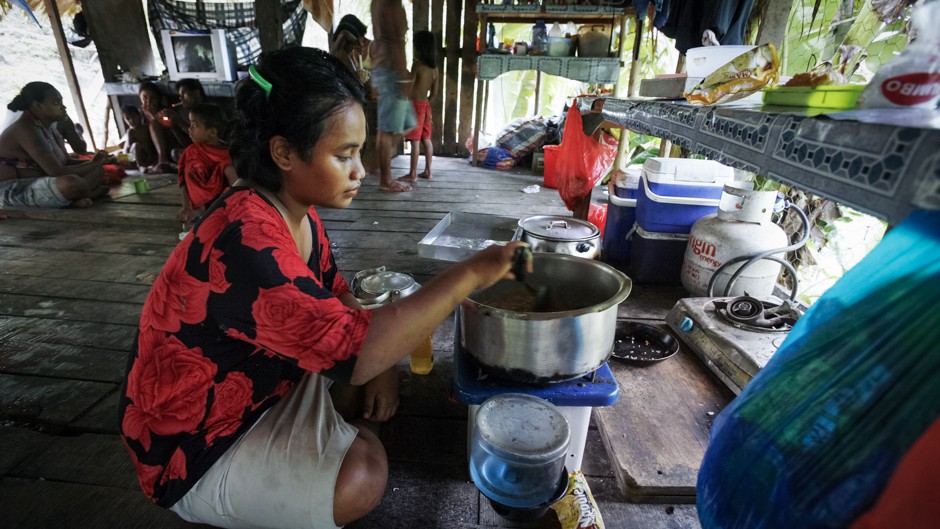 Vulnerability and resilience are very closely related terms. Vulnerability is usually referred to as the likelihood of falling into poverty in the future. It depends upon the likelihood of experiencing unexpected shocks as well as to the ability to cope with these shocks — resilience. Vulnerability and resilience can be assessed at a national, household or individual level. Recently, these terms have received a great amount of attention due to the experience of three global economic shocks: large increases in the prices of both food and fuel, and the global economic crisis (GEC).

At a national level, Melanesian countries are often classified as the world’s most vulnerable countries. Situated in the Pacific, they are highly exposed to natural disasters and climate change as well to economic shocks. They are small open economies, reliant on just a few key exports and were affected by the GEC through declining trade flows, the loss of government revenues and lower than predicted rates of economic growth.

Yet these countries do not receive a great deal of attention from the research community, and very little is known about vulnerability and resilience at household level. Formal monitoring systems are largely absent in Melanesia which makes evaluating the household impacts of shocks very challenging. Using macroeconomic data to infer changes at household level is not appropriate for these countries. A large proportion of the population are outside the formal economy and the relationship between economic growth and poverty is weak. The same is true for the relationship between government spending and social indicators.

This provided the motivation for a three-year collaborative research project involving RMIT University, Oxfam Australia, Deakin University, and the University of the South Pacific. The project was sponsored by the Australian Agency for International Development and sought to examine vulnerability and resilience at the household level in two Melanesian countries — the Solomon Islands and Vanuatu. The project involved mixed research methods including household surveys, focus group discussions, and key informant interviews (findings from the project will be published in book published by Ashgate in January 2014).

The dominance of rural-based communities, living semi-subsistence lifestyles on communally-owned land across many scattered islands, sets these countries apart from many other developing countries in their region. As do the strong social networks which prevent outright destitution and homelessness. Yet, a key finding from the project is that vulnerability is also widespread at the household level. Households reported experiencing frequent shocks and an inability to cope with their impacts. The experience of food and fuel price hikes was virtually universal, reflecting the fact that rural households purchase at least some of their food for local stores and that they are very reliant on boats and trucks for transport.

Rates of multidimensional poverty and vulnerability are found to be highest in the urban squatter settlements and very remote areas of the Solomon Islands and Vanuatu. Rates of poverty are much lower in rural areas where social networks are strong and where households have good access to transport infrastructure, providing them with access to markets and enhancing their ability to earn income.

The gendered impacts of shocks are a focus of the book. Findings indicate that women bear a disproportionate burden of the adjustment to shocks. During difficult times, women seek additional work to make ends meet, by spending more time in the garden or selling more things at local markets. This is addition to their traditional activities, such as collecting water and firewood, cooking, caring for children, and looking after the sick and the elderly. They are also more likely than men to reduce their consumption of food and reduce the amount they spend of public transport.

The natural environment and access to land are fundamental to resilience in the Solomon Islands and Vanuatu. Following the recent food and fuel price spikes, the vast majority of households responded by sourcing more food from their gardens or from the reef. Households in urban squatter settlements can be more vulnerable due to a lack of secure access to land and therefore to a food garden. Following the shocks, spending on education was maintained and children continued going to school. However, it was common for households to experience purchasing lower quality and less expensive food.

Policy recommendations focus on strengthening women’s resilience since they bear a disproportionate burden in the adjustment to shocks. Further, formal social protection schemes are largely absent in these countries and a number of findings from the project point to the need for such schemes to be implemented urgently.

The book, “Household Vulnerability and Resilience to Economic Shocks”, can be found on the Ashgate Publishing website.

This article originally appeared in the WIDERAngle newsletter published by the United Nations University World Institute for Development Economics Research.

Household Vulnerability and Resilience to Economic Shocks: Findings from Melanesia by Simon Feeny is licensed under a Creative Commons Attribution-NonCommercial-NoDerivatives 4.0 International License.
Based on a work at http://www.wider.unu.edu/publications/newsletter/articles-2013/en_GB/11-12-2013-Feeny/.