Migrant Deaths in the Mediterranean: The Practicalities of Identification 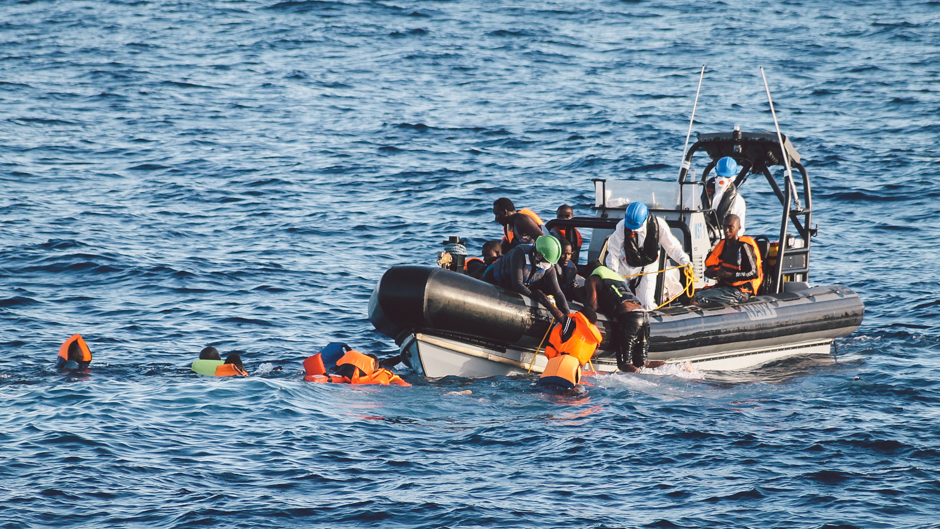 More than 2,000 migrants lost their lives crossing Mediterranean waters in 2018 — that’s twice the total number of migrant deaths throughout the rest of the world. Compounding this trend are the countless small-scale shipwreck fatalities that go unrecorded due to the perilous nature of migrants’ journeys. News coverage of these tragic mass drownings continues to dismay the public and fuels bitter debates about prevention and rescue. But what is left out of this coverage is the very practical challenges of tallying and identifying the dead.

The post-mortem process for Mediterranean casualties is a harrowing but necessary task. Current efforts are lacking, however, due to bureaucratic ambiguity and administrative inaction. This stands in direct contrast to responses to cruise ship disasters or plane crashes, which involve extensive forensic work, international mobilisation, and compensation. The underlying sense is that migrants’ lives are less worthy of being named, through coordinated identification efforts after death, than ‘regular’ migrants such as tourists, students or businesspeople traveling across international waters.

The human right to be identified after death has been established through a range of international frameworks beginning with the 1949 Geneva Conventions. How states recognise this human right in the case of undocumented migrants is dependent on a mix of considerations including their interpretation of the circumstances surrounding deaths and their capacity to respond. The latter is especially true given the many practical barriers to the identification process such as lack of resources and personnel, lack of reference DNA samples and ante-mortem data, the conditions in which the bodies are found, and physical distance from migrants’ relatives.

While there are certainly moral and social hurdles to the identification process, four key practical steps would help catalyse coordinated regional response.

First, it is crucial to create a permanent regional commission for the management and identification of migrant bodies. This entity could carry out in-depth assessments of national systems to determine areas for improvement such as training of local authorities, collection of witness testimonies, and civil society participation in the identification process.

There are several legal and administrative obstacles that the commission could work to address, such as the fact that secondary identification methods known as “visual identifiers” (scars, tattoos, piercings, etc.) are not considered legally valid in some countries, or the lack of systematic links between DNA data, the codes given to migrants’ corpses upon arrival, and the locations of their anonymous graves.

Second, a centralised regional database must be established for collection of ante-mortem and post-mortem data relevant to identification. In Italy, primary identifiers such as DNA and tissue samples are stored at the location of the institution heading the investigation, which may be the Commissioner’s office, the Carabinieri’s Investigative Science Department, the Forensic Science Department, or its Regional Cabinets.

This scattered data buries progress in extra layers of coordinating offices, bureaucratic procedures, and human resources that are already severely lacking in migrant identification efforts. Effective data centralisation would require standardisation of procedures for body management and identification, which can be easily achieved by implementing international protocols that have already been developed specifically for this purpose, such as Interpol’s Disaster Victim Identification.

Third, more must be done by states to invest in and promote the work of forensic researchers. Universities have been crucial in supporting identification efforts in the past, such as aiding the Italian National Commission for Missing Persons during the 2013 and 2015 Lampedusa shipwreck investigations. Yet forensic teams often fail to include specialists in important fields such as marine taphonomy and forensic odontology which are able to construct biological profiles of the victims (i.e., age, race, diet), making them key assets in identification processes marked by absence of victim information.

Finally, technologies that facilitate identification should also be promoted, such as FTA paper that allows for long-term storage of DNA samples, remotely operated vehicles that can be used in the underwater corpse recovery process, and digital autopsy technologies that can work on disfigured bodies and separated limbs.

As the most widespread and accessible technology, smartphones have some of the greatest potential for improving the identification process. Working with virtual networks of migrant communities that are constantly forming through Whatsapp and Facebook groups, and alongside civil society and migrant communities in situ, may prove to be the most effective approach to identification in these difficult contexts.

Ultimately, we know that not enough is being done for these migrant victims. Although the practical solutions outlined are crucial in this regard, there must also be a fundamental psychosocial shift in the populations that can provide help. As a collective, we are currently implicated in the process of forgetting their names, their humanity, and their families, as well as dismissive of the stroke of luck by which we were born on the “right” side of the Mediterranean. More can and must be done.

For more information on this topic, see Ottavia Ampuero Villagran’s policy report: Identifying Migrant Bodies in the Mediterranean, published by the United Nations University Institute on Globalization, Culture and Mobility.

Ottavia Ampuero Villagran is a Junior Research Fellow at UNU-GCM. She holds a Master’s Degree in International Security from the Institut Barcelona d’Estudis Internacionals and a Bachelor’s Degree in International Relations from the London School of Economics. Her research interests and professional experience have focused on human rights, migration, private security, and conflict.

Refugee or Migrant? Sometimes the Line is Blurred

Countries at Odds Over Movement of Refugees and Migrants