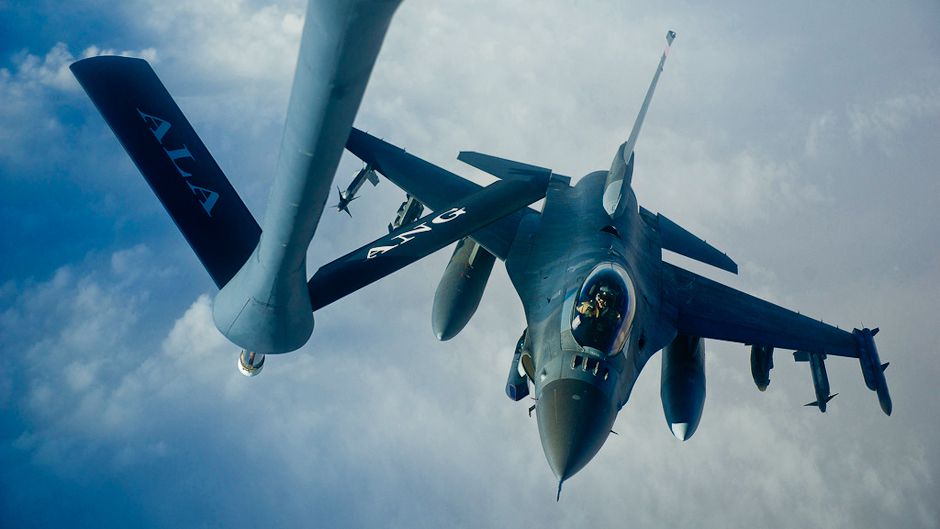 We are experiencing a global military spending bubble that appears to be recession proof. Data from the Stockholm International Peace Research Institute shows that annual world military spending reached US$1.6 trillion in 2010. This represents 2.6% of world gross domestic product (GDP), or approximately $236 for each person in the world.

The United States accounts for 43% of all global military expenditure (that’s 4.8% of its GDP), followed by China with 7.3% of the world’s share. The high levels of military spending reflect current foreign policy objectives and real or perceived threats beyond just terrorist attacks by Islamic jihadist groups such as Al Qaeda.

A series of global security threats are best spelled out in the 2010 report from the US Joint Forces Command, and include food and energy security and climate change. With specific reference to peak oil, the report argues that the “implications for future conflict are ominous, if energy supplies cannot keep up with demand and should states see the need to militarily secure dwindling energy resources”.

Authors of the 2010 report are also concerned that an energy crunch would prolong the “US recession which could lead to deep cuts in defense spending (as happened during the Great Depression). Joint Force commanders could then find their capabilities diminished at the moment they may have to undertake increasingly dangerous missions”.

Under these conditions, if the JOE report is to be believed, the military spending bubble would burst and the world could be thrown into conflict over diminishing energy resources — particularly oil. The report goes on to predict that by “2012, surplus oil production capacity could entirely disappear, and as early as 2015, the shortfall in output could reach nearly 10 MBD [million barrels a day].”

It is no coincidence that China became the second largest military spender from 2008 onwards and the second largest consumer of oil from around 2003. China looms large as a competitor with the US for dwindling energy supplies. Oil drives our modern economies. Without cheap oil our economies splutter and go into recession. The military of every nation on the planet must be well aware of this fact.

The US Joint Forces Command is not the only military body concerned about peak oil. In September 2010, a report from the Bundeswehr Transformation Centre, a think tank for the German military establishment stated that there is “some probability that peak oil will occur around the year 2010 and that the impact on security is expected to be felt 15 to 30 years later”. A translation of the report was published in English on the Oil Drum that states that the “armed forces would also be significantly affected by fossil fuel limits, as they are very dependent on oil products” and that the “long-term objective would be to fully convert Germany’s armed forces to only use renewable energy sources by 2100.”

The US military and various associated think tanks have expressed increasing concern over the past decade about the US’s vulnerable dependence on oil. The US is the largest consumer of oil on the planet and the military is one of the largest oil consumers in the US — 340,000 barrels per day or 1.5% of all oil used, costing approximately US$13.6 billion each year.

In 2006, worried about rising oil prices, the US Department of Defense established a Defense Energy Security Task Force that quickly published a report with the aim of reducing fuel intensity and increasing combat capability.

One year later, in September 2010, Neil King Jr. at the Center for New American Security (CNAS), an “independent and nonpartisan research institution”, authored a report entitled Peak Oil — A Survey of Security Concerns. He argued that the threat of systematic oil supply shortages has been “strikingly slow to seep into official thinking in Washington”.

The one exception is the Oil Shockwave simulations that have been organized from 2005 onwards by the Securing America’s Future Energy (SAFE) group that brings together some of the country’s top corporate and military leaders (mostly retired). Videos of the 2005 and 2007 simulations and the very frank discussions between the participants are viewable on YouTube, but with surprising few views for such an important topic.

Other groups have entered the fray as well. The Pew Project on National Security, Energy and Climate is an important example since it highlights the critical linkages between national security, energy independence, the economy and climate change. Most of these studies quote current US Secretary of Defense Robert Gates when he said that “every time the price of oil goes up by 1 dollar per barrel, it costs us about 130 million dollars”. If as a result of an oil crunch the price of oil jumps from US$100 per barrel today to nearer US$250 the implications for military expenditure would be enormous.

The oil dependency trap manifests in many forms including the need to protect oil producing allies, cope with oil producing countries with malign intentions, protect energy supply lines (particularly the numerous oil supply choke points), cope with rising fuel prices and shift away, as quickly as possible, from petroleum use by military units.

A sense of urgency is captured in the September 2010 CNAS report entitled Fueling the Force — Preparing the Department of Defense for a Post-Petroleum Era, and echoed in a similar April 2010 study by the Pew Project entitled Reenergizing America’s Defense as well as the May 2010 report from the Progressive Policy Institute entitled Cutting the Tether – Enhancing the US Military’s Energy Performance.

While there are numerous options on the table, the basic goal is to move the US military off fossil fuels as rapidly as possible. According to the Defense News the “Air Force hopes by 2016 to use biofuel blends for half of the aviation fuel it burns. The Army plans to get rid of 4,000 gasoline-powered vehicles and replace them with electric vehicles by 2013. And the Navy is preparing to launch the “Great Green Fleet” in 2016.”

[quote quote=”The US Army plans to get rid of 4,000 gasoline-powered vehicles and replace them with electric vehicles by 2013.” type=”text” ]

This CNAS report calls upon the Department of Defense to ensure that it can operate all of its systems on non-petroleum fuels by 2040. While thirty years may seem like a long time, it is important to recognize that the development and deployment of a new vehicle, aircraft or weapons system can take at least a decade.

So a transition to a post-petroleum military may just be possible if efforts begin immediately and are wholesale. In the peak oil community we have heard this kind of talk, urging immediate action, many times over with the best-known example being the Hirsch Report of 2005 but maybe, if anyone can put action to words, the military can.

Nevertheless, to some degree the military thinks tanks that raise the peak oil issue have yet to be taken seriously by political leaders. For example, just this week the UK Industry Taskforce on Peak Oil and Energy Security finally, after a couple of years of lobbying effort, managed to get a senior minister to agree to begin working on a peak oil threat assessment and contingency plan.

But looking at this issue from a historical perspective, Joerg Friedrich at the University of Oxford reminds us that we have been here before. He looks at the disruptive social and political consequences of energy scarcity in the past.

Most people who are aware of peak oil point to the way Cuba responded in the 1990s to the oil embargos as illustrative of how countries can adapt through what Friedrich describes as the “mobilization of local solidarity”. In this case, Cubans were able to take advantage of local community resilience to overcome fuel and food shortages. To some degree, we witnessed a similar level of solidarity in Japan following the 11 March 2011 triple disaster.

However, Friedrich is more concerned about two other historical reactions to energy scarcity — what he describes as totalitarian retrenchment (e.g., North Korea after the collapse of the Soviet Union) and predatory militarism (e.g., Japan prior to World War II when its oil supplies were disrupted by sanctions from the US).

The greater challenge facing militarily powerful countries, therefore, would be to avoid slipping into either a totalitarian or militaristic response to a future energy crisis. The question we all have to ponder is whether this can be done or are we doomed to repeat our historic follies?

Militaries Have Peak Oil in Their Sights by Brendan Barrett is licensed under a Creative Commons Attribution-NonCommercial-ShareAlike 3.0 Unported License.