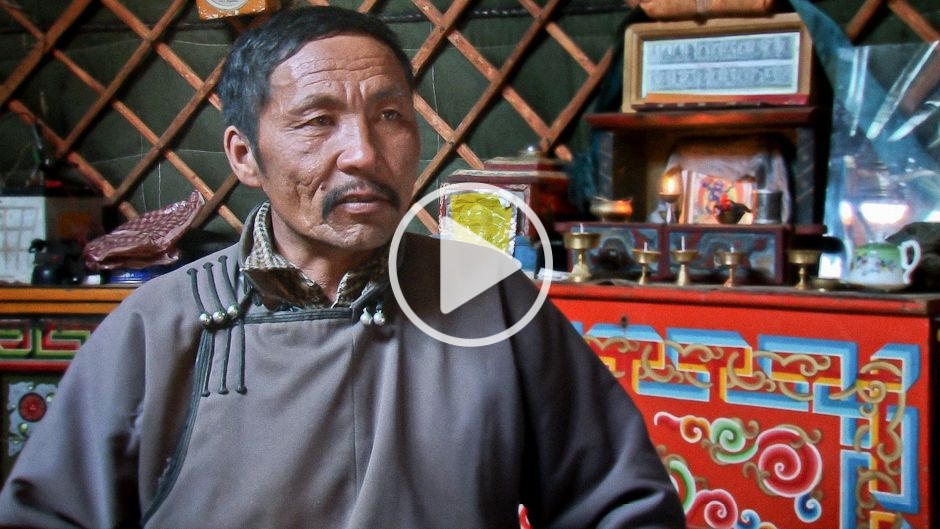 Global warming has caused temperatures in Mongolia to rise almost 2ºC since 1940, according to the country’s Institute of Hydrology and Meteorology.

Those are precisely the kinds of things that will further strain herders in the arid rangelands of Mongolia’s Gobi region as Earth’s climate processes continue to alter. 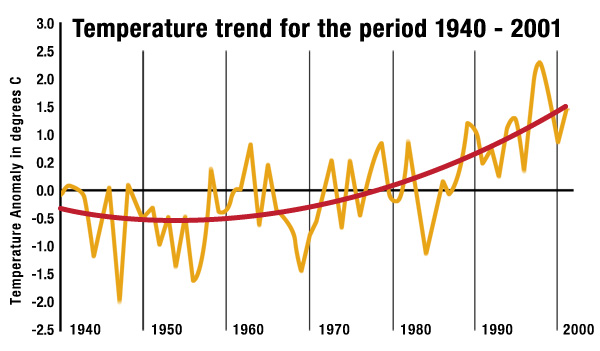 In this part of the world, cold weather happens every winter, of course. But particularly brutal is ‘dzud’ — a combination of events (which climate change is likely to increase) causing a far higher rate of animal death. Dzud happens when two or more of these combine:

Last winter (and in 2001) several million animals died this way, economically devastating many herders and causing a jump in the region’s unemployment rate.

Compounding the climate and ecological challenges faced by herders is Mongolia’s evolving political and social story.

Mongolia’s traditional pastoral communities managed their cultural landscapes — made up of seasonal pastures, reserve pastures, hayland and sacred lands — by means of mobility through the four seasons. Regulating access to rangeland like this kept the system sustainable for centuries.

During the Soviet era, herders were organised into collectives but traditional rangeland use was mostly maintained, though with changes in movement frequency and distance. But the fall of the Soviet Union in the early 1990s saw the structure of the Mongolian economy transformed from command to market-driven.

The privatisation of animal ownership and rising market prices for cashmere attracted many new households to try their hand. According to a joint report (IUCN, IIED and UNDP), the goat population increased from 5.1 million in 1990 to 18.3 million in 2007 and the number of herders more than doubled.

Further, the landscape was fragmented, depriving many communities — particularly the least affluent — of one or more of their seasonal ranges.

“Many of these households were inexperienced and insufficiently mobile; they settled near water sources or settlements where the carrying capacity of the grazing resources is now considered to be exceeded. More than half have less than 100 animals and are at risk from poverty,” the report explains.

This decreased mobility and drop in rotational pasture use has weakened the herders’ resilience, according to Dr. Tomoo Okayasu of the University of Tokyo.

“The combination of these phenomena threaten herders’ survival in the harsh winter,” says Okayasu.

Okayasu is part of a small group of Japanese scientists and economists led by Hiroshi Nakamura of the Global Environment Forum who have been attempting to find out how arid rangelands like Mongolia’s Gobi region can be sustainable.

As shown in the video brief that accompanies this article, the research is being undertaken in partnership with Mongolian scientists, government officials and implemented directly with the nomadic herders who are affected first-hand by these natural and human-made disasters.

To date, international research in the area of sustainable pasture use has mainly focused on cases in Africa where rangelands are generally considered relatively humid. In contrast, arid rangelands like Mongolia’s are characterized by the fact that rainfall patterns are varied over space and seasons and it is common for certain areas of pasture to receive no rain at all.

Consequently, existing policy based on the larger body of research may be less than optimal here. Okayasu says that examining the appropriateness of government policy in the Gobi region is part of the aim of the project.

That concern is part of a theory called the “mobility paradigm”. This paradigm asserts that various contemporary problems in arid rangelands are caused by ineffective policies and interventions by government or aid agencies. Furthermore, the theory goes, restoring traditional pasture systems — including by preventing herders’ settling into concentrated areas and using enclosures in a more western-style intensive grazing system and instead moving livestock to infrequently-used pastures and seasonal rotations — can solve most of the herders’ problems.

The “modernization paradigm”, on the other hand, recognizes mobility as an important factor for sustainable pasture use yet proposes that, fundamentally, it is agricultural intensification and structural change that are necessary to accommodating inevitable population growth. By extension, this model intends that traditional systems and knowledge are unable, on their own, to deal with drastic environmental changes, including increasing livestock numbers.

Okayasu and his colleagues think their work with the three groups of herders will help to gauge first-hand how the two paradigms measure up, and even whether they can be blended.

“Combining traditional knowledge with the Japanese project’s technology and scientifically based methods plus learning from their expertise represents a progressive approach,” local governmental representative Batjargal Tumurtogtokh told us.

And certainly it seems that indigenous knowledge is an essential ingredient in the type of collaboration that may just find viable solutions.

This video brief was produced by Citt Williams from the United Nations University Media Centre in collaboration with the University of Tokyo, the Global Environment Forum and the 4th Bag of Saintsagaan Soum, Doudgovi Aimag.