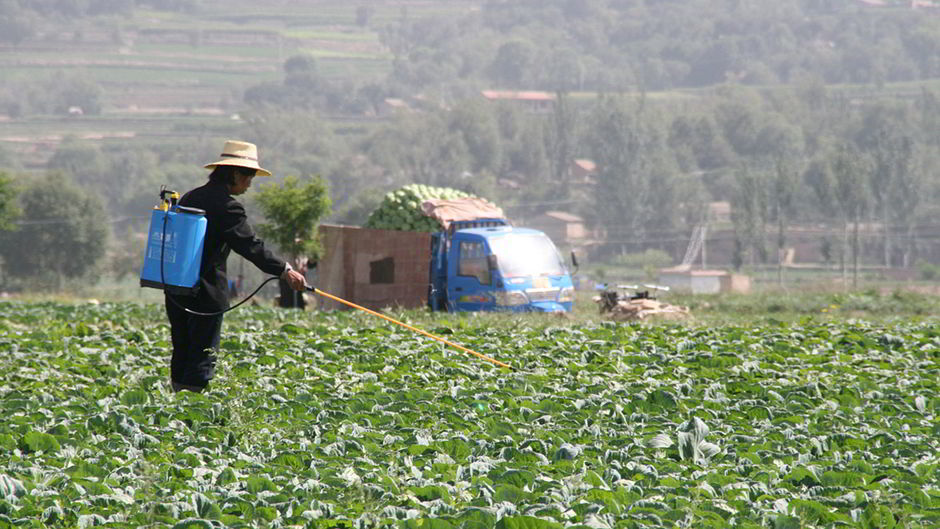 By monoculture, I don’t just mean the production of one crop over vast quantities of land, with all the resultant havoc that such practice plays on the soil, water, native flora and fauna, and, to be perfectly clear, on the climate system, but I also mean the monomania that is incarnate in Big Ag.

Monomania is a serious disorder, characterized by, according to my dictionary, “excessive concentration on a single object or idea.” In the case of much of American farming, that single object is the production of as much corn as possible at the greatest possible return on investment. The monomania of corn production utterly disregards economic, environmental and social concerns.

The word itself is, to be sure, old-fashioned, but it is nevertheless manifest in how modern society goes about the business of growing our food, feed and, most wastefully of all, our fuel.

Does industrial agriculture stress our precious freshwater supplies?  You bet it does. You think the Aral Sea disaster can’t happen where you live? A new paper published in Nature reports that “…humans are overexploiting groundwater in many large aquifers that are critical to agriculture, especially in Asia and North America”.

Does the massive over-application of nitrogen fertilizer and subsequent runoff cause marine dead zones all over the world? Right again. Here’s an irony while we’re on the subject:  The drought this year in the American corn belt has minimized the amount of fertilizer runoff such that the dead zone in the Gulf of Mexico is the smallest it’s been in years.

Does the use of fertilizer exacerbate climate change? You got it. Do chemical fertilizers and manure threaten drinking water? Yes. By the way, for a really superb experience of documentary filmmaking that will open your eyes to the realities of industrial agriculture and the many, diverse and proven ways to farm sustainably — and more productively — see Dirt! The Movie.

So, to the heat and the drought. As you know well by now, July was the hottest month on record for the lower 48 US states.

“The average temperature for the contiguous US during July was 77.6°F [25°C], 3.3°F above the 20th century average, marking the warmest July and all-time warmest month on record for the nation in a period of record that dates back to 1895,” the US National Climatic Data Center reported.

Think this is all an aberration? Think again. The United States Department of Agriculture, will tell you, point blank, that climate change is here and it has consequences for agriculture, including that “increasing temperatures will increase the risk of crop failures, particularly if precipitation decreases or becomes more variable.”

There have been two eminently sane op-eds in the NY Times recently about corn, heat and the drought. The first, “Corn for Food, Not Fuel”, reminds us of the sobering fact that 40 percent of the US corn crop is simply feedstock for ethanol. The use of ethanol, maddeningly, is mandated by law.  It’s supposed to help reduce American dependence on foreign oil. But it exacerbates air pollution, reduces engine efficiency and is a net contributor to climate change, wrecks engines, crowds out farming of other food crops, and distorts prices for grains.

As the always excellent CSM reports here, the alarm bells are ringing all over the world now on food prices. We’ve seen this movie before. Over four years ago, we were warned about how biofuel production was driving up food prices.

Paul Krugman, among others, including ten of the country’s top environmental scientists, said then that our ethanol policies were folly. Krugman, eloquent and pithy, said in his column “…land used to grow biofuel feedstock is land not available to grow food, so subsidies to biofuels are a major factor in the food crisis. You might put it this way: people are starving in Africa so that American politicians can court votes in farm states.”

Some politicians — not from corn-producing states (surprise, surprise) — have called on EPA to waive the requirement for ethanol.  This would allow us to devote more of the corn that’s left from this year’s devastated crop to be used for food, alleviating the concerns over prices.

Beyond this simple, reasonable and rational measure, we can and should be doing more to reduce our dependence on the corn monoculture.  The other clear-headed NY Times op-ed, “The Silver Lining in the Drought“, calls for us to change course in a number of other ways:  reduce farm subsidies (first and most importantly), recreate the diversity of American farming, and move to a “a rebalancing of the food system from a few megaproducers and lots of importers to a more decentralized mix”.

I would add that we need to reduce our use of corn for livestock — indeed radically reduce our consumption of meat — and stop sweetening virtually every processed food with high fructose corn syrup. We have an obesity epidemic in this country. We need to rethink what we eat altogether.

For much more on food and agriculture and how to do things sustainably and with human nutrition foremost in our thinking (not profits for Big Ag),  see the work of the Institute on the Environment at the University of Minnesota on this that I profiled here last year.

I tell people I’ve been a vegetarian for 41 of my 60 years and I’m going pretty darn strong. It’s not hard to do. It’s pretty easy. Get informed, in any event, about food and agriculture. It’s not only about your health but it’s about the future of the planet and our companions on Spaceship Earth. As Captain Picard would say:  “Make it so.”

This article originally appeared on A Newer World on 14 August 2012 and is reproduced here with the author’s permission.

Monoculture Mania Must and Can Be Overcome by Bill Hewitt is licensed under a Creative Commons Attribution-NoDerivs 3.0 Unported License.

Bill Hewitt has been an environmental professional and activist for more than 25 years. He is a writer and also teaches graduate and continuing education classes on energy and the environment, climate change, and clean tech at New York University’s Center for Global Affairs. His book, A Newer World – Politics, Money, Technology, and What’s Really Being Done to Solve the Climate Crisis, will be published by the University Press of New England in the late fall of 2012.