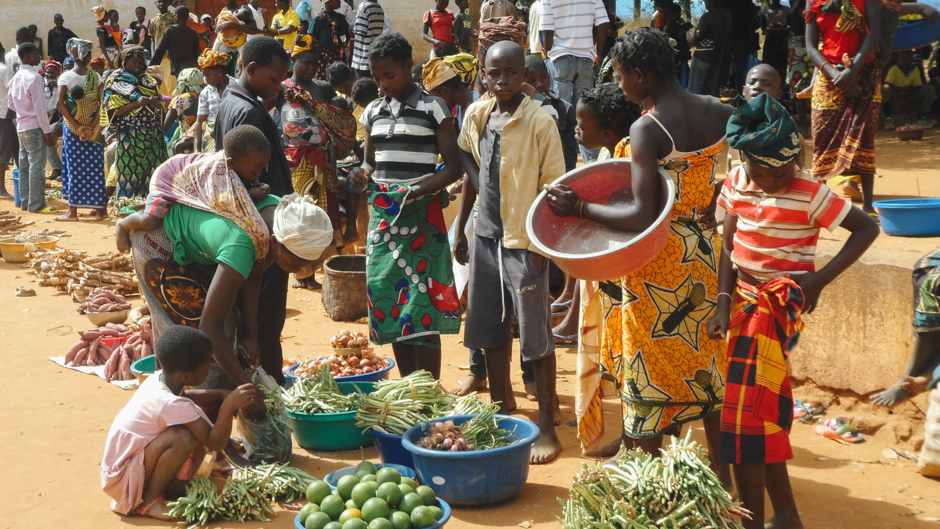 Photo: A Verdade, Creative Commons BY 2.0

What does it mean to be poor? On the face of it, this may not sound like a very difficult question. In developed countries, almost all official and everyday definitions refer to poverty in income terms. In this sense, low consumption power (income) and poverty are essentially synonymous.

Outside of developed countries, a similar view of poverty frequently gets headlines. In its global comparisons, the World Bank has adopted the (in)famous poverty line of US$1.90 a day. So, people with daily real incomes below this amount form part of the global poor — thankfully, now a diminishing group.

One might dispute exactly how and where such a poverty line should be set. But the idea that being poor means not having an adequate income often seems uncontroversial.

Of course, among academics things are rarely so settled. Between economists, there is disagreement about whether poverty should be measured only in monetary terms. In other areas of social science, there is a tradition of scepticism that suggests standard quantitative definitions of poverty can be misleading.

Representing poverty as a kind of well-defined objective condition, like an infectious disease, focuses attention on the symptoms and immediate consequences of poverty. It risks diverting attention away from the underlying structural causes and diverse experiences of the poor.

In a recent paper we explore contrasting views of well-being in Mozambique. Our interest reflects the country’s controversial track record. From the early 1990s until recently, Mozambique achieved one of the strongest sustained periods of aggregate economic growth of any country. Yet some argue this growth has largely not trickled down, leaving many behind.

Official poverty estimates undertaken by the government are of the classic quantitative or economic kind. Here a set of basic needs is identified and costed. Households consuming goods worth less than the cost of a minimal basket are deemed to be “poor”. Applying this definition, data from national surveys shows consumption poverty has declined over the past two decades at a steady, but not especially rapid, pace.

Today, almost half of all Mozambicans continue to live in absolute poverty. There are also large spatial gaps in well-being. For example, there is much lower poverty in the south of the country around the capital city, reflecting widening levels of consumption inequality.

To provide perspective on this official narrative, a range of bottom-up studies of poverty, including our own, have been conducted by anthropologists in different parts of the country. These diverge in both form and content from the economic approach.

Indeed, the very starting point of this research has been distinctive. The intention was not to apply a pre-given or conceptually static definition of poverty, from which a count of the poor could proceed. Instead it was to probe local perspectives on well-being, the diverse forms of disadvantage, and the kinds of social relations in which disadvantage arises.

A main finding that emerges from the anthropological work is that we cannot see the poor without seeing the better-off. Local grammars of poverty — namely, the terms used to describe who are better- or worse-off — consistently distinguish between socially marginalised individuals and those with strong local social connections.

Perceptions of deprivation do highlight material deficiencies, such as a lack of food or clothes. But social relationships are vital to cope with vulnerability (shocks) and to facilitate social mobility. Being poor is intimately connected to one’s perceived “position” in a wider society and, through this, one’s scope for upward movement.

The anthropological view highlights the complex and often fairly localised ways in which the powerful, sometimes politically-connected, hoard opportunities for development. This reinforces existing divides and limits the social and economic mobility of the most disadvantaged.

For instance, the National District Development Fund in Niassa, Mozambique’s northern province, was seen as a main source of money for investment in (rural) economic activities. Formally, in allocating the funds, priority was to be given to agriculture rather than businesses, women rather than men, and associations rather than individuals.

But we found that the funds had been systematically co-opted by local influentes. These included traditional authorities, male entrepreneurs and the governing party elite through an intricate system of social relations of exclusion and bribes.

Other vignettes from the lives of the poor point to the diverse mechanisms through which disadvantage is reproduced. This is often linked to specific cultural practices that empower certain groups above others. They also point to the self-reinforcing nature of social and economic disadvantage.

For example, we met a single mother who had lost large parts of her harvest to drought two years in a row. She had struggled hard to put all her three children to school, but with no crops to sell and no well-placed family to support her, she could no longer pay the bribes necessary for her children to move up classes. We also encountered instances where people cut themselves off from vital relationships to avoid exposing themselves to the embarrassment of having failed and so as to preserve their dignity.

How can we make sense of different disciplinary perspectives on poverty? On the one hand, it is tempting to seek some reconciliation. Surely, metrics of social capital or even subjective well-being can be added to existing measures of consumption power to provide a more complete characterisation of the poor? Or perhaps qualitative follow-ups among the consumption poor could be used to add local context?

Certainly, combined qualitative-quantitative approaches to poverty research have become popular and often yield richer insights than any one method on its own. Yet, as we elaborate in our paper, this somewhat misses the point.

There are fundamental philosophical differences between standard quantitative (economic) and qualitative (anthropological) traditions, which do not admit any easy fusion. These include differences in understandings about the form of social reality, what can be known about poverty, and how poverty is produced and reproduced.

For this reason, it is vital to allow separate and diverse perspectives on poverty to flourish. Each methodological approach has distinct strengths, limitations and policy uses.

The economic approach is essential to track economic progress over time on a consistent basis and identify households at greatest risk of consumption poverty (for example, to target social policy). But to uncover — and even resist — the inherently relational and often political ways in which poverty emerges and is reproduced requires a deeper, local, ethnographic touch.

Bringing these different perspectives into a meaningful dialogue with each other remains the next challenge.

Sam Jones is a Research Fellow with the United Nations University World Institute for Development Economics Research. Much of Sam’s academic research has focused on sub-Saharan Africa and he has previously worked extensively in Mozambique, spending seven years as an advisor in the Ministry of Finance.

Data for Development: Building an Economy of Inclusion in South Africa

Out of the Poverty Trap Through Higher Aspirations?