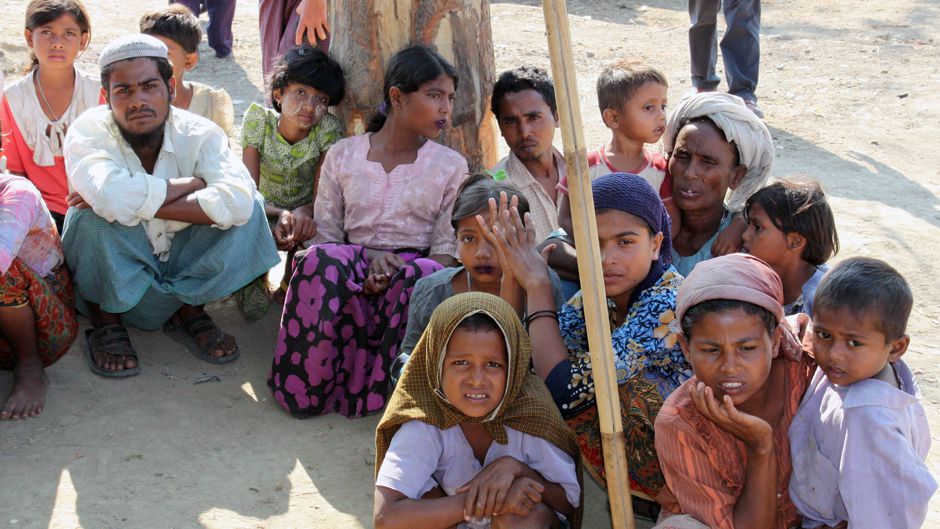 In recent years, Myanmar — also known as Burma — is making substantial progress economically with the country opening itself up to foreign investors. Recuperating from decades of military rule, a new government sworn in in March 2011 headed by President Thein Sein committed itself to democratic institutions and the rule of law. Thein Sein signed ceasefires with numerous ethnic groups promising continued political dialogue and an end to long-running conflicts.

However, a few weeks ago, a new wave of clashes between Muslims and Buddhists broke out in parts of Myanmar when a mob of Buddhists reportedly ransacked shops, damaged a mosque and burned vehicles. This is the latest incident in the Southeast Asian country that has seen several outbreaks of sectarian violence since 2012 when fights between Buddhists and Rohingya Muslims took place in the northern state of Rakhine. At that time, more than 200 people died and more than 200,000 Rohingya Muslims were displaced. Today, Thein Sein’s promises appear to be a thing of the past.

Myanmar is home to more than 135 ethnic groups. About two-thirds of the population is Bamar (also known as Burmans). The seven largest recognized minority ethnic peoples are the Chin, the Kachin, the Karenni, the Karen, the Mon, the Rakhine, and the Shan. The Burmese government does not recognize the Rohingya Muslims as an ethnic nationality of Myanmar.

Designated as the ‘world’s most persecuted people’ by the United Nations, the Rohingya Muslims have disputed origins, with historians noting that Muslim settlements have existed in the Arakan region (now Rahkine province, once an independent kingdom prior to the Burmese conquest in 1785) since the 8th Century and some believing that a 1799 scientific journal article by a British East India Company doctor indicates there were self-identified Rohingya living in Rahkine in 1799.

The Burmese government, however, considers them to be more recent migrants from Bangladesh who settled in Myanmar after British colonization (1823). The Rohingyas are, thus, denied Burmese citizenship under the country’s 1982 Citizenship Law and are subject to other severe restrictions. In 2005, a ‘two-child policy’ was forced upon them. It means heavy fines and punishment if broken, large bribes to corrupt government officials to try circumventing the rule, or unsafe abortions for women if they need to avoid fines or arrests.

In its recent report on Myanmar, the Bertelsmann Transformation Index notes that already “there is a low level of trust within the entire population, especially a low level of interethnic trust”.

In May 2014, the Myanmar parliament proposed a series of bills that human rights experts say would further intensify discrimination against the Rohingyas. The four bills are an interfaith marriage act, a religious conversion act, and polygamy and population control bills. The drafts of the bills are based on a petition by a coalition of monks known as the Organization for Protection of National Race and Religion. Although the bills don’t specifically single out ‘Muslims’, experts such as Phil Roberston from Human Rights Watch believe that Muslims are the intended target.

The Bertelsmann Transformation Index (BTI), which analyses transformation processes toward democracy and a market economy in 129 developing and transition countries, notes in its recent report on Myanmar that “there is a low level of trust within the entire population, especially a low level of interethnic trust”. In BTI’s international comparison Myanmar scores only 3 out of 10 points on social capital, which refers to, among others, the institutions and relationships that shape a society’s interactions and cohesion. This distrust will likely to be fuelled further by the draft laws.

Under the proposed legislation, a Buddhist woman would, for instance, have to seek special permission from a state official before converting to another religion in order to marry a Muslim. The woman’s case would be investigated to ensure that she is not being forced or coerced to convert. This clause leaves the law wide open for abuse by officials as they might be biased given that they hail from the Buddhist majority. Human Rights Watch already documented the role of officials and monks who fuelled the organized attacks against the Muslims in 2012. The organization classifies these crimes as ‘ethnic cleansing’ and describes the role of the Burmese government and local authorities in the forcible displacement of 125,000 Rohingya and other Muslims since June 2012.

The proposed legislation further shows the growing influence of Buddhist monks on the governing administration. It is worrisome that President Thein Sein even allowed these bills to be brought up for discussion in the parliament and asked various ministries to look into the drafts. The inter-marriage bill, for instance, was first proposed by Buddhist monk Ashin Wirathu, also called the ‘Burmese Bin Laden’ and is known to rant hatred towards Muslims through his sermons. He has played a major role in instigating anti-Muslim violence over the recent years.

Thein Sein had endeared himself to the international community. Now, however, human rights activists are worried that the President is increasingly ignoring the worsening situation of the Rohingya Muslims in the country, primarily because he does not want to lose the support of Buddhist voters in the coming elections.

UN special rapporteur on Human Rights Yanghee Lee recently visited the country “to monitor, report and advise on the situation in Myanmar”. Lee warned that “If we do not address the situation, I am afraid it will undermine democratic reform and the peace process”. Renewed international pressure is thus being exerted on the country, which is already facing a setback with United States President Obama recently extending some economic sanctions against it for another year.

The BTI report suggests that in addition to strengthening rule of law Myanmar needs to reform its citizenship law: “Citizenship should not be based on ethnic or religious markers anymore, and the creation of a multiethnic national identity stressing solidarity among the different religions and ethnic groups should be strengthened.” Such a move would be a crucial step forward along with a reassessment of the proposed bills on marriage and religious conversion.