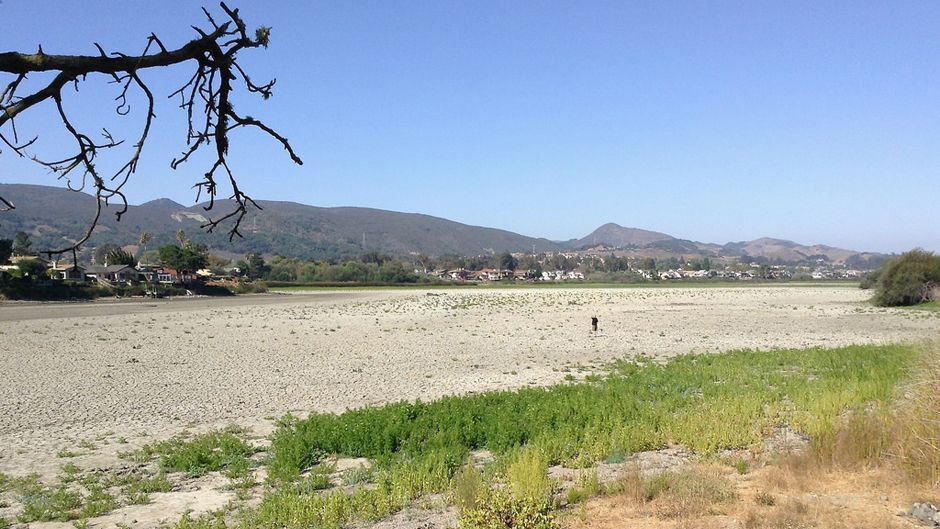 An alarming satellite-based analysis from NASA finds that the world is depleting groundwater — the water stored unground in soil and aquifers — at an unprecedented rate.

A new Nature Climate Change piece, “The global groundwater crisis,” by James Famiglietti, a leading hydrologist at the NASA Jet Propulsion Laboratory, warns that “most of the major aquifers in the world’s arid and semi-arid zones, that is, in the dry parts of the world that rely most heavily on groundwater, are experiencing rapid rates of groundwater depletion.”

The groundwater at some of the world’s largest aquifers — in the US High Plains, California’s Central Valley, China, India, and elsewhere — is being pumped out “at far greater rates than it can be naturally replenished”.

The most worrisome fact: “nearly all of these underlie the word’s great agricultural regions and are primarily responsible for their high productivity”.

And this is doubly concerning in our age of unrestricted carbon pollution because it is precisely these semiarid regions that are projected to see drops in precipitation and/or soil moisture, which will sharply boost the chances of civilization-threatening megadroughts and Dust-Bowlification.

As these increasingly drought-prone global bread-baskets lose their easily accessible ground-water too, we end up with a death spiral: “Moreover, because the natural human response to drought is to pump more groundwater continued groundwater depletion will very likely accelerate mid-latitude drying, a problem that will be exacerbated by significant population growth in the same regions.”

So this is very much a crisis, albeit an under-reported one. But why is NASA the one sounding the alarm? How has the space agency been able to study what happens underground? The answer is that NASA’s Gravity Recovery and Climate Experiment (GRACE) satellite mission can track the earth’s mass over space and time — and large changes in the amount of water stored underground cause an observable change in mass.

Here is California’s groundwater depletion over the last three years as observed by GRACE: 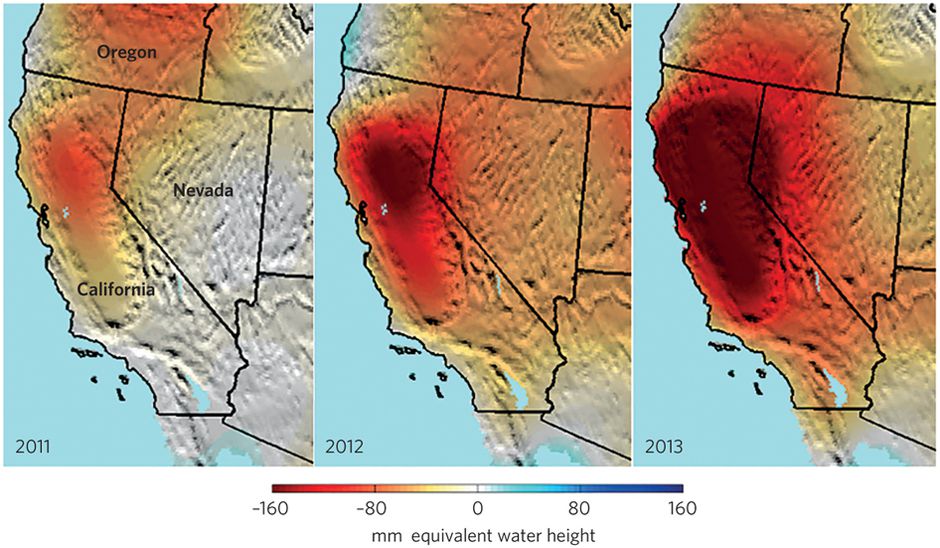 The ongoing California drought is evident in these maps of dry season (Sept–Nov) total water storage anomalies (in millimeter equivalent water height; anomalies with respect to 2005–2010). California’s Sacramento and San Joaquin river basins have lost roughly 15 km3 of total water per year since 2011 — more water than all 38 million Californians use for domestic and municipal supplies annually — over half of which is due to groundwater pumping in the Central Valley.

Certainly, the combined threat of mega-drought and groundwater depletion in the US breadbaskets should be cause for concern and action by itself.

But we should also worry about what is happening around the globe, if for no other reason than it inevitably affects our security. As I wrote last year, “Warming-Fueled Drought Helped Spark Syria’s Civil War.”

“Further declines in groundwater availability may well trigger more civil uprising and international violent conflict in the already water-stressed regions of the world, and new conflict in others. From North Africa to the Middle East to South Asia, regions where it is already common to drill over 2 km [kilometers] to reach groundwater, it is highly likely that disappearing groundwater could act as a flashpoint for conflict.”

Outside of this country, NASA has observed aquifer declines in “the North China Plain, Australia’s Canning Basin, the Northwest Sahara Aquifer System, the Guarani Aquifer in South America … and the aquifers beneath northwestern India and the Middle East”. 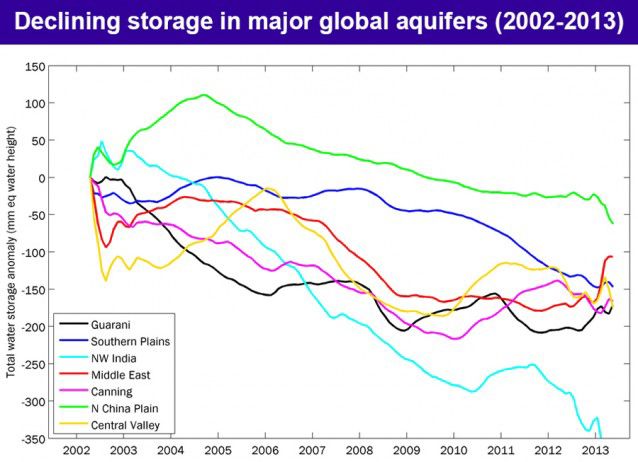 Famiglietti says that groundwater “acts as the key strategic reserve in times of drought, in particular during prolonged events,” such as we’re seeing in the West, Brazil, and Australia:

“Like money in the bank, groundwater sustains societies through the lean times of little incoming rain and snow. Hence, without a sustainable groundwater reserve, global water security is at far greater risk than is currently recognized.”

Yes, we can stave off bankruptcy a little longer despite our unsustainable lifestyle by taking money from our children’s bank accounts. As we reported last year, we’re taking $7.3 trillion a year in natural capital — arable land, potable water, livable climate, and so on — from our children without paying for it. In short, humanity has constructed the grandest of Ponzi schemes, whereby current generations have figured out how to live off the wealth of future generations.