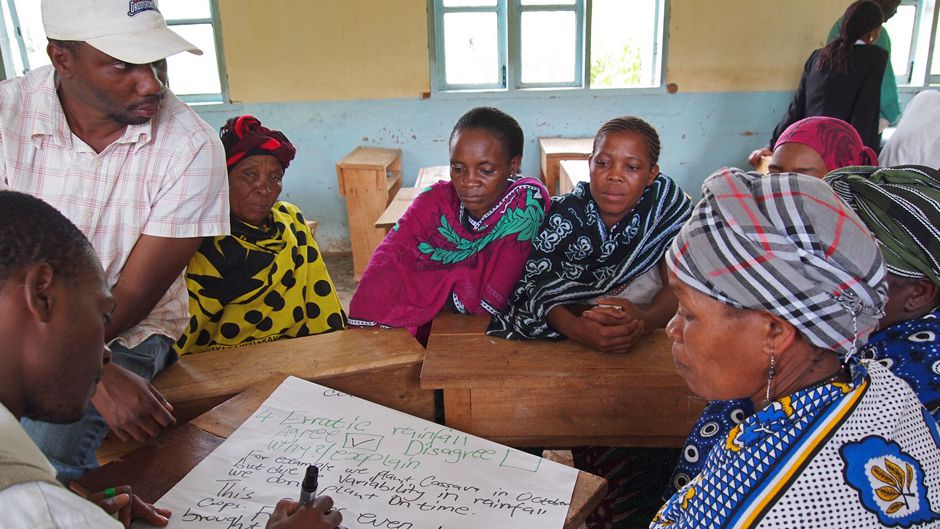 When movement cannot be avoided, adaptation measures can help people to move voluntarily and with dignity long before a crisis situation occurs. National Adaptation Plans — established under the Cancun Adaptation Framework — can play an important role in achieving this by incorporating human mobility within regional climate change strategies.

The national adaptation planning process provides an opportunity to ensure that migration, displacement and planned relocation are fully addressed, as both potential challenges and potential opportunities. Human mobility is relevant to adaptation planning as it can be a means to avoiding the type of displacement or migration that erodes human welfare where there is a discernible risk of it arising due to the effects of climate change. It is also relevant when attempting to capitalise on the potential for migration or planned relocation where these are the most viable adaptive strategies.

National Adaptation Plans build upon the National Adaptation Programmes of Action (NAPAs) that were developed by Least Developed Countries prior to the 2010 United Nations Framework Convention on Climate Change (UNFCC) Conference of the Parties in Cancun, Mexico. Many NAPAs recognised that loss of habitats and livelihoods can precipitate large-scale migration. Some of them proposed adaptation strategies to reduce pressure to migrate and allow individuals to remain in their homes for as long as possible. The strategies proposed generally sought to adapt agricultural practices, the management of pastoral lands, infrastructure such as dykes and coastal barriers, fishing patterns and other measures to reduce the pressure on fragile ecosystems, thereby allowing populations to remain in place.

Approaches to reducing displacement in the context of disasters associated with climate change often focus on early warning and emergency preparedness or on post-disaster resettlement and rescue plans. NAPAs also address the role of the planned relocation of individuals as an adaptive strategy, particularly in the context of rising sea levels. Few NAPAs view the spontaneous movement of people from rural to urban areas as a positive adaptation strategy; in fact, governments have generally decried rural-to-urban migration and sought programmes to deter people from leaving home rather than facilitate their movement.

Although migration emerged as a theme in NAPAs, the documents generally provided little detail on strategies to prevent movements or to facilitate them when needed. The subsequent National Adaptation Plan (NAP) process provides an opportunity, however, to bring migration expertise to bear in thinking through both sides of adaptation strategies — preventing unwanted ‘distress migration’ and displacement while facilitating beneficial movements that enable better adjustment to the impacts of climate change.

NAPs are new and have yet to be developed and submitted. It is advisable that NAPs be developed through processes that are participatory and transparent, and also be gender-sensitive. Governments should also take into account, when appropriate, traditional and indigenous knowledge. NAPs can address migration issues related to climate change both by reducing the pressures to migrate or be displaced, and by envisioning migration and the need for planned relocation as adaptive strategies.

Putting migration into national adaptation planning is essential to effective implementation. Policymakers and practitioners need clear and concrete guidance on how to link human mobility to climate change adaptation. It is advisable that NAPs guidelines support policy coherence across migration and adaptation policies and be piloted in a number of states.

A number of gaps in the knowledge base exist which — if filled — would contribute to national adaptation planning around human mobility. They include:

As climate negotiators prepare for the critical 2015 Paris agreement, it will be important for states to assume their responsibilities to prevent, when possible, future displacement associated with the impacts of climate change. However, affected states also need to receive the necessary technical and financial assistance to carry out this responsibility.

In particular, to ensure that NAPs are effective mechanisms in addressing human mobility within the context of climate change, four challenges must be addressed. These are:

This article is based on the United Nations University Institute for Environment and Human Security Policy Brief No. 9 (2014), Integrating Human Mobility Issues within National Adaptation Plans. This article first appeared in Forced Migration Review.

Walter Kälin is the Envoy of the Chairmanship of the Nansen Initiative.

Dr. Susan Martin is a Professor of International Migration at Georgetown University.

Youssef Nassef is the Coordinator of Adaptation at the United Nations Framework Convention on Climate Change.