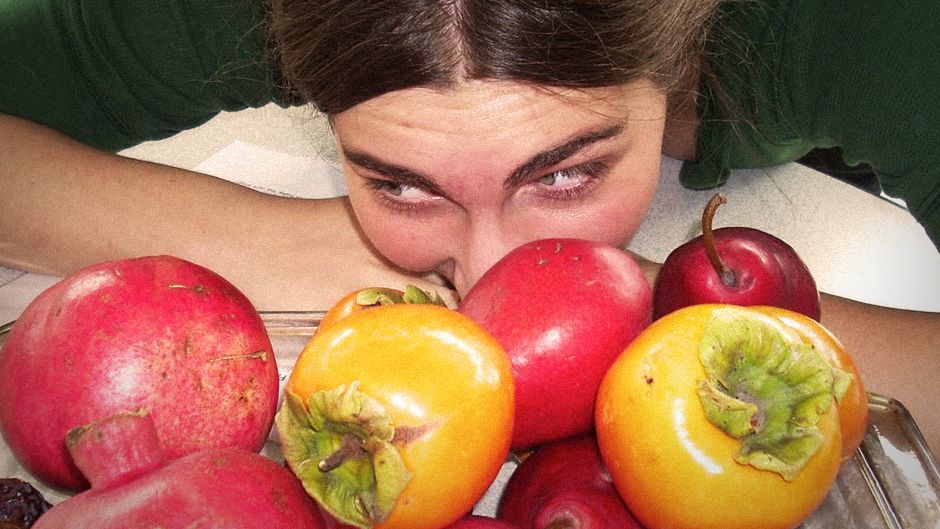 About a decade ago, bulldozers rolled onto the grounds of the University of California at Santa Cruz to begin ripping at the limestone in a quarry located there. This excavation was the first step in a project, catalyzed by a team of professors and students, that set out to create a housing environment that would allow students the freedom to shape a community with gardening and communal cooking at its core.

From this sprang Foundational Roots, the quarter-acre garden situated in the floor of the quarry. The neighborhood around the garden is known as the Village and consists of buildings that were relocated from elsewhere on the campus.

Students living in these buildings are allowed access to the garden through the Program in Community and Agroecology (PICA), which is now attracting students across all disciplines on campus. PICA, along with UCSC’s farm, has become one of the most active places on campus and a place for students to acquire skills for sustainable living.

The term ‘sustainability’ has been making its way through college campuses as interest grows in adopting environmentally responsible methods of consumption, as well as in efficient ways to produce the things that we need. The word ‘sustainability’ itself comes from the Old French, ‘sustenir’, meaning ‘to hold up’. In the lives of students, what needs to be held up? What is being sustained?

At PICA, students can focus their attention on addressing questions such as these. In the fast pace of the Information Age, it is no longer easy to find the time and energy to think about things like composting, family meals, or community involvement. PICA offers this very time, energy and space, enabling a student body to produce its own food, and giving students the opportunity to ponder how they fit into both human-made and natural systems.

The program was initiated in 2002, after temporary residential buildings were moved from the construction sites of Colleges 9 and 10, down to the quarry. Because the buildings’ new location outside of the quarry was undesirable, workers began the process of clearing space inside of the quarry itself. The Lower Quarry, as it is named, is a historic site that was mined for the building of the city of San Francisco, and continues to write a dynamic history.

[quote quote=”Academically and socially, the program is generating world citizens that are aware of their habits of consumption and how they impact the planet.” type=”image” image=”2093″ ]

After the quarry was transformed into the Village, Foundational Roots broke ground, and students wrote their theses based on how the garden was to be cultivated and sustained. The food grown in the garden made its way into the community meals, and this does not mean simple cooked vegetables and salads. Students expressed their creativity with the meals that they made, offering dishes like vegan sushi, baked tofu tacos, spiced squash, bread pudding and a wide range of other items to the table. The meals are catalysts for hearty conversation, community culture and personal health. Today, eight years later, the tradition lives on.

“Learning how to live in a community cannot be done just by reading a book,” says Vivian (Bee) Vadakan, one of PICA’s coordinators.

Vadakan became involved with PICA after completing her studies in Environmental Science and Literature. She found interest in how histories are connected to cultures, namely that history is remembered by a society of people, and the culture that the society produces ensures that the history is not forgotten. Through her interest in this connection, she began teaching elementary, middle, and high school students about how gardening is culturally significant.

“PICA is unique. It is not a club, but both an academic and residential program,” says Vadakan. By this definition, teaching and learning are closely tied to everyday life at PICA, in hopes that everyday life will involve a vested interest in the environment.

Not just any gardening program

But what makes this program different from other university gardening programs? In a typical classroom environment, order holds a group of students together for a period of time, and then when class time is over, students go their separate ways. With PICA, the classroom time blurs with day-to-day life. Students engage in PICA academically and at the same time are able to maintain connections with other students outside of the classroom. Sam Boyarski, a graduate student at UCSC, took the PICA Seminar course, the program’s two unit class, in the Spring of 2010.

“Learning how to live in a community cannot be done just by reading a book,” says Vivian Vadakan, PICA coordinator.

The class, held three hours per week per quarter, is offered in the fall, spring and winter to Environmental Studies students, as well as students in the PICA Residential Community. Each class includes a period for hands-on gardening, a period for group discussion, and finally, a home made community meal at the end. Some students regard the course as a release from their more intense classes. Others, like Boyarski, consider the seminar a prime place for problem solving and organized study.

Connor McGowan is another student involved with the program. He is a junior in Environmental Studies, and an active member of PICA. He is involved because he values the practical skills and lasting relationships.

“People are usually quick to recycle. What I am wondering is why composting is not also regarded with the same eagerness,” says McGowan. McGowan, former head of UCSC’s largest student-run compost system, believes that composting is important because it is a sure way of putting nutrients back into the soil, and it encourages personal gardening. When people do not save organic waste, those nutrients go unused. Even the smallest gardens benefit from compost, and throwing out organic waste suggests that many people either do not have personal gardens, or are uninformed about the nutrients in organic waste.

PICA gives students the opportunity to ponder how they fit into both human-made and natural systems.

At the same time, PICA is not limited to the “green heads,” as McGowan proudly dubs them. The program provides a dynamic environment for students of all disciplines and degrees of gardening interest to learn to make the connections between personal and environmental health issues. This connection enables academic disciplines to map an entire pedagogy that has been called “environmental literacy” by environmental education groups.

“I eat better and feel better by being aware of my health and how I eat.”

PICA’s impact may be extended to the activities that are harming the planet in other areas. When asked why people should be interested in PICA, Boyarski replied without hesitation.

“There are a lot of reasons. I’ll give an example of one; it is made more and more apparent that [America] is addicted to oil. We have a horrible situation in the Gulf today, and on one level, PICA is a program that is directly addressing that. American food systems require a lot of oil in order to get items across entire continents, just to cater to consumers that want food that is out of season. PICA educates students on the importance of eating foods that are grown locally and in season, which is only one way we can reduce dependence on oil.”

PICA may be regarded as a social apparatus for producing individuals who are conscious of the connection between self, community, and environment. Academically and socially, the program is generating world citizens that are aware of their habits of consumption and how they impact the planet. Here, all disciplines are conversing with each other and providing students an educational arena in which the environment holds the megaphone.

If you would like to learn more about the Program In Community and Agroecology at University of California Santa Cruz, visit PICA’s web page.

Nature is a language we need to read by John Bruce is licensed under a Creative Commons Attribution-NoDerivs 3.0 Unported License.

John Bruce’s writing has been featured in the UC Santa Cruz Literature Colloquium, as well as appeared in such publications as The Alembic and The Red Wheelbarrow. After a year-long academic hiatus to promote his songwriting, he received his degree in World Literature from UC Santa Cruz and has taught high school English Language and Literature for three years in Latin America. He continues to write on a freelance basis.