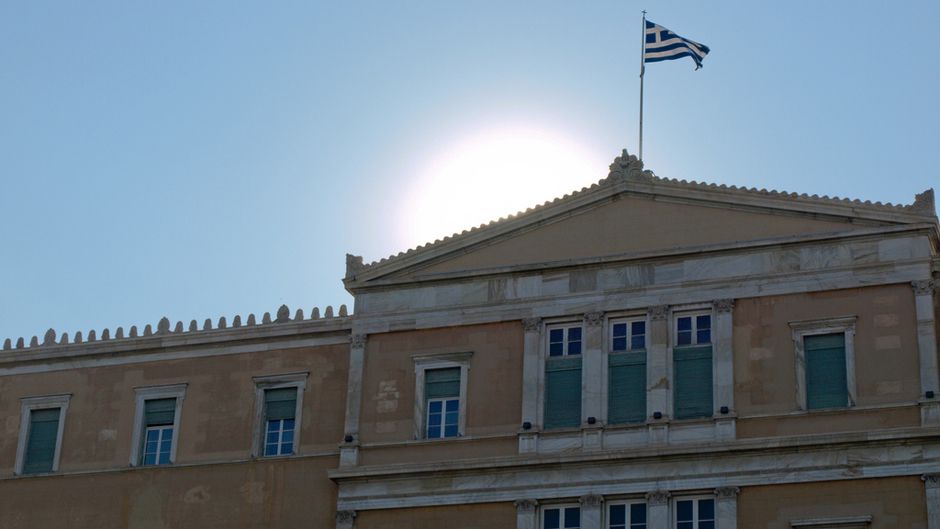 All attention in Greece and global financial circles has been understandably focused on the new Greek government’s fierce confrontation with its implacable European creditors. Less attention has been paid to the government’s plans to help midwife a new post-capitalist order based on commons and peer production.

A commons colleague, John Restakis, wrote about this possibility a week or so before the 25 January elections. Now, speaking to the Greek Parliament last week, the new Deputy Prime Minister Gianni Dragasakis explicitly stated that Greece will develop new sorts of bottom-up, commons-based, peer production models for meeting people’s needs.

Dr. Vasilis Kostakis, who works with the P2P Foundation’s P2P Lab based in Ioannina, Greece, has been following the situation in Greece closely. Kostakis, a research fellow at the Ragnar Nurkse School of Innovation and Governance in Tallin, Estonia, writes:

“Syriza seems to be adopting policies and reforming certain laws in a fashion that resembles the Partner State Approach practices, with regard to education, governance and R&D. To mention a few:

“These plans/initiatives could be seen both as seeds of a new model for economic development and as solutions to exiting politico-economic, or “structural” problems: revealing and controlling corruption, improving lax tax enforcement etc. It is true that from program to implementation, several steps are required, however the first step seems to have been made: Syriza appears to not only be aware of the advantages of free/open source technologies but also to realize the potential and the new political economy of this emerging proto-mode of production.

“Thus, the question is: Will Syriza create (and will be allowed to create) the conditions for a transition towards a full-mode of Commons-based peer production?”

Kostakis notes that Andreas Karitzis, member of Syriza’s think tank on digital policies and an unsuccessful candidate MP, wrote an article in the Greek version of the Huffington Post before the elections. Karitzis mentioned his party’s commitment to free/open source technologies, transparency and participatory democracy.

Syriza also apparently intends to develop the new CopyFair licenses for open hardware and support the creation of networks of distributed micro-factories (fablabs/makerspaces).

Amateur translator Eleftherios Kosmas — a member of a commons based collective like hackerspace.gr and a strong supporter of the commons — provided a translation of Deputy Prime Minister Dragasakis’ speech and considered the following remarks the most interesting:

“I would like to, conclude with the permission of the President, with a general thought. Often in everyday life we all live events happening whose importance is only clear in hindsight. We live, then, not only in an historic era characterized by the crisis and the collapse of obsolete models, but we live a crisis that will eventually spawn new models and new social organization models, as was done in the past.

In this sense, then, this is an opportunity to take up the deficits of the past, to close this modernization deficit, but by addressing the contemporary social problem of unemployment, social security and social exclusion. This could establish a new paradigm in Greece and other countries of southern Europe, combining advanced forms of democracy, social self-motivation, social justice on a strong foundation of common goods, a society-centric model, which would give dignity and confidence in society, hope to the people, optimism in the new generation.

Thus Greece, from being the guinea pig of austerity and destruction, could be a ground of pioneering ideas and policies and the benefit would not be just for us. The world would become a security goal in a region of insecurity, and “aged” Europe could rediscover through the symbiosis of different development models inside.

Let’s not rush some to say that these are utopias because there are utopias that are realistic. There are those whose implementation depends not on supernatural powers, but by the unity and collective action of ordinary people in Europe, in Greece and worldwide. Thank you.”

There are a number of knowledgeable and committed commoners internationally who have been in touch with Syriza officials, including a number of Greek commoners and P2P activists. Two of the most notable are Vasilis Kostakis and George Papanikolaou, who are the administrators of the P2P Foundation’s Greek branch. The Greek government may wish to turn to the many concrete commons/P2P policy approaches on display at the Commons Transition Plan.

As official interest in the commons and peer production grows, many Greeks (and international supporters) are surely looking forward to the third annual CommonFest, which will be held in Athens from 15-17 May 2015.

David Bollier is an author, activist, blogger and consultant who spends a lot of time exploring the commons as a new paradigm of economics, politics and culture. He is co-founder of the Commons Strategies Group, co-founder of Public Knowledge, and was founding editor of Onthecommons.org. He now blogs at Bollier.org. A Senior Fellow at the Norman Lear Center, Bollier is the author of twelve books, including Brand Name Bullies and Silent Theft, Viral Spiral: How the Commoners Built a Digital Republic of Their Own and more recently, Think Like a Commoner:  A Short Introduction to the Commons.

Open Sauce/Source for the Food Revolution