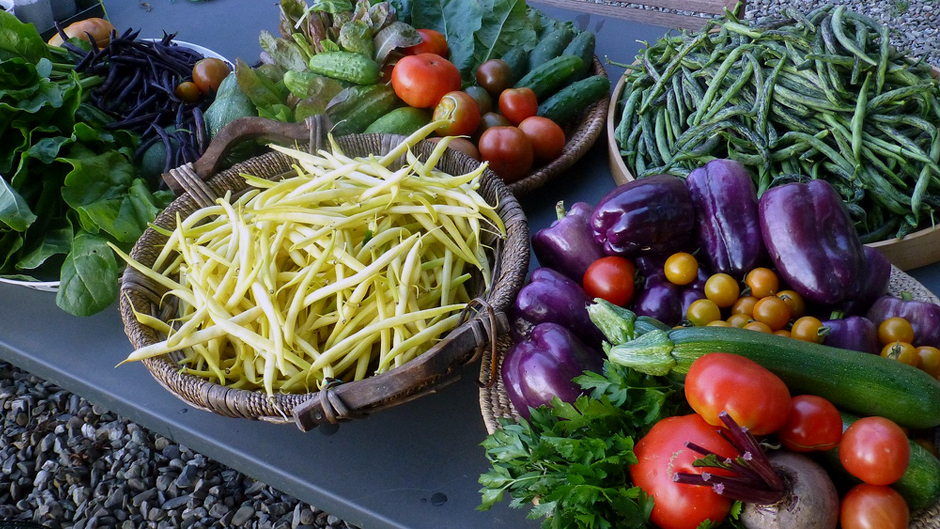 As cities grow and incomes rise around the world, more and more people are leaving gardens and traditional diets behind and eating refined sugars, refined fats, oils and resource- and land-intense agricultural products like beef. This global dietary transition is harming the health of both people and the planet, says new research.

But the study also shows that shifting away from this trajectory and choosing healthier traditional Mediterranean, pescatarian or vegetarian diets could not only boost human lifespans and quality of life, but also slash emissions and save habitat for endangered species.

And we better hurry; the scientists project that if the trend continues, the situation will be worse yet with greenhouse gas emissions up by 80 percent by 2050.

On top of that, they write: “These dietary shifts are greatly increasing the incidence of Type 2 diabetes, coronary heart disease and other chronic non-communicable diseases that lower global life expectancies.”

In the study, published in the November 12 online edition of Nature, the researchers found that as incomes increased between 1961 and 2009 people began consuming more meat protein, “empty calories” and total calories per person. (“Empty calories” — sugar, fat, oils and alcohol — now account for almost 40 percent of food purchased in the world’s 15 wealthiest countries, according to the research.)

When the researchers combined the trends with forecasts of population growth and income growth for the coming decades, they were able to project that diets in 2050 will contain fewer servings of fruits and vegetables, about 60 percent more empty calories and 25 to 50 percent more pork, poultry, beef, dairy and eggs. These are changes that are known to increase the prevalence of type II diabetes, coronary heart disease and some cancers.

Using life-cycle analyses of various food production systems, the study also calculated that, if current trends prevail, these 2050 diets would also lead to an 80 percent increase in global greenhouse gas emissions from food production as well as habitat destruction due to land clearing for agriculture around the world.

“We showed that the same dietary changes that can add about a decade to our lives can also prevent massive environmental damage,” said Tilman, a professor in UM’s College of Biological Sciences and resident fellow at the Institute on the Environment.

“In particular, if the world were to adopt variations on three common diets, health would be greatly increased at the same time global greenhouse gas emissions were reduced by an amount equal to the current greenhouse gas emissions of all cars, trucks, planes, trains and ships. In addition, this dietary shift would prevent the destruction of an area of tropical forests and savannahs as large as half of the United States.”

The study compared health impacts of the global omnivorous diet with those reported for traditional Mediterranean, pescatarian and vegetarian diets. Adopting these alternative diets could reduce incidence of type II diabetes by about 25 percent, cancer by about 10 percent and death from heart disease by about 20 percent relative to the omnivore diet.

Adopting these or similar alternative diets would also prevent most or all of the increased greenhouse gas emissions and habitat destruction that would otherwise be caused by both dietary changes and increased global population.

The authors acknowledged that numerous factors go into diet choice — but also pointed out that the alternative diets already are part of the lives of countless people around the world.

“This is the first time this data has been put together to show these links are real and strong and not just the mutterings of food lovers and environmental advocates,” Tilman said.

Noting that variations on the diets used in the scenario could potentially show even greater benefit, the authors concluded that “the evaluation and implementation of dietary solutions to the tightly linked diet-environment-health trilemma is a global challenge, and opportunity, of great environmental and public health importance.”

Meanwhile, the paper offers a number of nuanced findings about the environmental impacts of various dietary choices. Here are a few takeaways to keep in mind:

New Research Says Plant-based Diet Best for Planet and People by Carol Smith is licensed under a Creative Commons Attribution 4.0 International License.
Permissions beyond the scope of this license may be available at http://discover.umn.edu/news/food-agriculture/live-longer-save-planet-better-diet-could-nail-both.