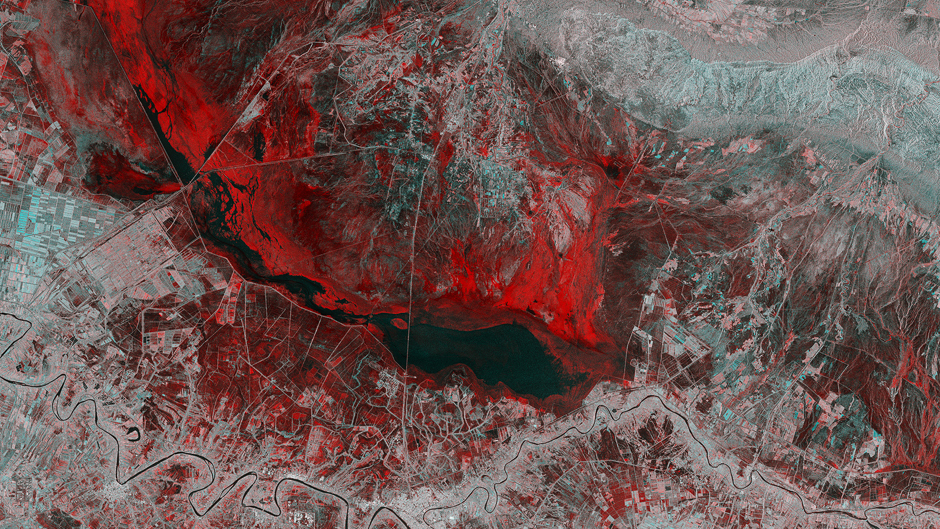 About 90% of natural disasters are water-related — most notably cyclones, floods and droughts.

In 2020, floods in South Asia affected more than 17.5 million people and caused more than 1,000 deaths. The economic losses are still being calculated and are expected to be in billions of US dollars. A similar trend is observed in East Africa, where nearly 6 million people were affected in 2020, with 1.5 million of them forced from their homes.

Forecasts are key to mitigating the worst effects of floods. However, a global survey of Flood Early Warning Systems, conducted by the UN University’s Canadian-based Institute for Water Environment Health, revealed that the majority of flood forecasting centres in flood-prone countries lack critical resources to carry out their functions.

The centres lack the ability to improve the spatial coverage and resolution of early warning systems.

Inundation maps are critical for building flood risk maps. They are created either by using hydrodynamic or empirical models. The hydrodynamic models are data-intensive as they need people to be on the ground, gathering data from river and stream gauges. Empirical models depend on remotely sensed data.

Unfortunately, the Global South lacks the infrastructure and data to calibrate and run hydrodynamic models. Today, gauging stations in North America outnumber those in the 20 most water-stressed countries by more than 10 to 1.

Developing inundations maps at the national level using conventional techniques is a costly exercise. In Canada, for example, it is expected to take a decade and US$350 million to update national inundation maps.

Existing inundation and flood risk maps in most developing countries are out-of-date. They also don’t consider rapid urban development or the impacts of climate change.

They will provide critical input to flood mitigation and emergency response, land use planning and investment in resilient infrastructure, insurance schemes, and overall public awareness of flood risks.

Other, similar, online tools include a platform launched by the International Water Management Institute that maps significant floods in South Asia from 1980 to 2011. And the European Commission Joint Research Centre launched an online tool in 2016 which provides free access to global surface water indices.

Our flood mapping tool builds upon these initiatives and improves the spatial and temporal resolution of the inundation maps. We also focus on the Global South as a whole, where the data and information gaps are prominent and annual losses due to floods are high.

There are three actions that governments can take to lessen the damage of future floods:

The tools we are creating will help to provide the critical data and evidence to implement these measures.

The Flood Mapping Tool, is the first to be released as part of the UN University’s Canadian-based Institute for Water Environment Health’s Web-based Spatial Decision Support System. The aim is to address information gaps in flood early warning and risk management systems.

This Tool generates inundation maps for significant floods from 1984 to the present using publicly available data on Google Earth Engine. It relies on a “data cube” — spatially overlapped pixels of Landsat satellite imagery captured over a period of time. This eventually reveals inundation patterns over space and time. By doing this, it allows the impacts of inundation on various socio-economic sectors — such as agriculture, forestry, transportation and communities — to be analysed.

During the Flood Mapping Tool’s two-year design, review and testing process, our team engaged an extensive network of water-related disaster experts and representatives from disaster management agencies from a range of countries. These included Afghanistan, Bangladesh, Bhutan, India, Pakistan, Nepal, and Sri Lanka.

Google and MapBox also supported the tool’s development through their research and education programmes. The development team also worked with experts at the Asian Disaster Preparedness Center, Thailand, and McMaster University, Canada.

A forward-looking Flood Risk Prediction tool is scheduled to debut next year. It will use artificial intelligence models to generate current and future flood risk maps for three climate change scenarios at the city, district, and river basin levels. The climate scenarios are defined by the Intergovernmental Panel on Climate Change.

The models will be trained using the inundation maps generated by the Flood Mapping Tool and open datasets including land use, land cover, precipitation, temperature, gender, and age-disaggregated socio-economic data.

Together, these tools will improve the coverage of national and regional flood early warning and risk management systems.

The system will also help build the capacity of flood forecasting centres in the Global South to use artificial intelligence models, big data and cloud computing to analyse the impacts of climate change. This will be done through hands-on training conducted at various water and natural disaster-related conferences, webinars, and summits. The UN University’s Canadian-based Institute for Water Environment Health online courses.

Dr Hamid Mehmood is a Senior Researcher at the UNU Institute for Water, Environment, and Health. He has worked in research and technical programmes on hydro-informatics and information technology for over 20 years. He holds master’s and PhD degrees in remote sensing and GIS from the Asian Institute of Technology (AIT) in Bangkok.